NewsPaperthe art of publishing
HomeNewsHolly’s Letter from America: The family that dines together thrives together
6

Holly’s Letter from America: The family that dines together thrives together 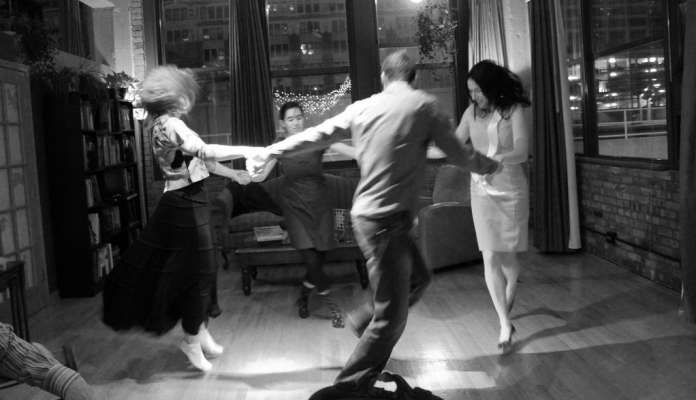 And it turns out that, on this point at least, the poet was right.  Earlier this month, a major study was published by the journal  JAMA Pediatrics, which found that having frequent family meals was a key factor in helping teenagers combat the negative effects of cyberbullying.

Professor Frank Elgar of McGill University led the study, with a team of researchers surveying 20,834 adolescents from 49 schools in the state of Wisconsin. The study examined the ‘unique association between cyberbullying, victimisation,  and adolescent mental health’.  It found that there was a positive correlation between the frequency of cyberbullying and anxiety, depression, self-harm, suicidal thoughts, suicide attempts, fighting, vandalism, and substance abuse.

Significantly, however, the study also found that this correlation was stronger in teenagers that had fewer family dinners.  The results therefore suggest that ‘family dinners are beneficial to adolescent mental health and may help protect adolescents from the harmful consequences of cyberbullying’.

The study is important for several reasons.  First, as noted by Catherine Bradshaw of JAMA Pediatrics, surprisingly little research has been done on what role families play in preventing and buffering the effects of bullying.  Rather, a la Nick Clegg, most research on bullying has focused on schools and peers.  So, we’re talking here about the positive role that families play in a child’s mental health –something our society doesn’t always like to admit, perhaps because in a free society family relationships are very hard to control.

Second, why the connection between a child’s mental health and family dinner?   Bradshaw argues that dinner represents ‘an important opportunity for parent-youth communication and youth disclosure of significant events.’   It is, for some reason, a particularly important ‘context for exchange and connection’.  It is often a time when children ‘let their guard down’.  The time spent together also builds family identity, giving children a strong sense of self.

This, of course, isn’t the first study to show the benefits of regular family dinners.  Other studies have shown that children in families who eat dinner together are more likely to go to university, and less likely to get pregnant as teenagers, or engage in substance abuse and violent behaviour.

But, as other commentators on this issue have noted, there is a white elephant in the room here.  In fact, lots of white elephants.  The first is that although we have research telling us the importance of the family meal, we also have research telling us that, at least in America, we are having family meals less and less. This fact has been highlighted recently by food writer Michael Pollan, who points out that instead of the ‘shared meal’, we are moving more toward ‘constant grazing on packaged foods’, or what is called ‘secondary eating’.

In reality, what this means is that when kids ask, ‘What’s for dinner?’ , the answer increasingly is, ‘Get it yourself.’

The decline of the family meal is caused by conflation of various pressures, two of which are lack of time, and lack of money.  The high cost of living often means both parents have to work, and often late into the evening.  Overscheduled children, who at times seem to spend their childhood being trained to enter the adult world of exhausting busy-ness, come home late as well.  There’s little time to eat together, and often there’s little money to make something healthy.

But there’s another factor here, too.  It’s our society’s lack of respect for orchestrating the family meal – or indeed, the lack of respect for the homemaking arts in general.  It has, of course, traditionally been women’s work to make dinner.  So with the advent of feminism, the family dinner, like so much else about family life, has become politicized.

There is, then, a peculiar reticence on the part of some feminists to embrace the benefits of the family dinner.  Indeed, just this month another study was published by three sociologists at North Carolina State University, suggesting that the time, money, effort, and  ‘feeding challenges’ involved in the family meal make it more of a burden than it is worth, especially for the women who disproportionately bear this burden.  The family meal is ‘idealized’ by public policy officials, but it in reality the meal is anything but ideal.

If making dinner is such an odious burden – and I speak as one that has navigated the challenges of that activity most nights for the past 16 years – then I would argue that we see it that way because we refuse to acknowledge the value in it, no matter how many studies tell us otherwise.  As a society we seem to subscribe fiercely to the public/private distinction, where value is placed on actions in the visible, public realm, rather than on actions in the invisible, private realm.

As Pollan argues:  ‘The unspoken reason why political reformers from Vladimir Lenin to Betty Friedan sought to get women out of the kitchen was that nothing of importance – nothing worthy of their talents and intelligence and convictions  – took place there.  The only worthy arenas for consequential action were the workplace and the public square.’

And yet, it turns out that the exact opposite is true.  The home – and especially the kitchen – has enormous consequences that extend right to the heart of the public realm.   Governments can legislate all they want about bullying, substance abuse, violence, and so forth.   But no lawmaker can do what a family can do.

So gather your wits about you, make dinner, and save a nation.

Share
Facebook
Twitter
WhatsApp
Email
Previous articleLaura Perrins: The trouble is that drunks don’t listen to reason. Boys and girls beware
Next articleTamara Chabe: Beyonce is an individualist not a feminist