NewsPaperthe art of publishing
HomeNewsHolly’s Letter from America:  Secular liberals threaten our right to bring up...
3

Holly’s Letter from America:  Secular liberals threaten our right to bring up children in the faith 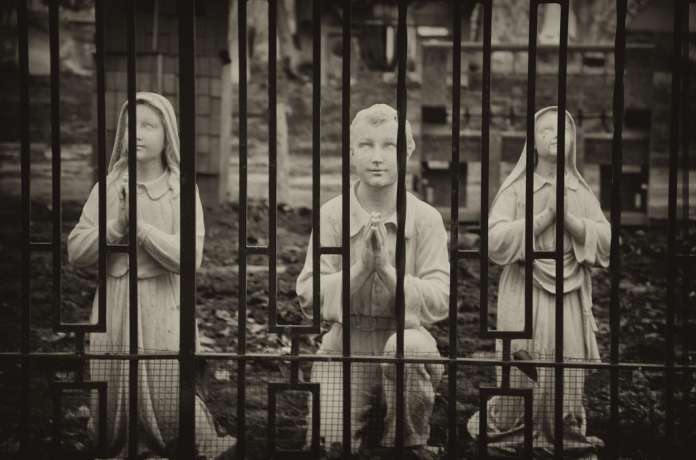 Recently I attended a lecture at the University of San Diego entitled ‘Markets and Education’ given by Professor David Schmidtz, a highly regarded political philosopher at the University of Arizona.  Schmidtz has been interested for many years in the role that market forces can play in improving the quality of education.  Market forces in education, of course, mean having a variety of educational providers.  And having a variety of educational providers means more choice for parents.

In his lecture, Schmidtz was very candid about the fact that market forces in education can empower parents as they look for the best way to educate their children.  And he embraced this empowerment:  ‘If there is anyone we can trust to make the best decision for a child, I would bet on the parents’, he said.

As a parent, and as a lover of freedom, I was all for Schmidtz’s message.  But as the floor opened up for discussion, there was the inevitable question aboutwhat we should do in the case of bad parents.  And not just any old bad parents, but specifically, religious parents.  The 20-something-year-old questioner took the floor not once but twice with hisconcerns:  What if, for religious reasons, the parents do not want their child to get a ‘good’ education?

I’ve seen this attitude a lot in the past few years, especially in academic circles.  People are fully supportive of the notion of a ‘free society’, until you mention the idea that parents have the right to give their children a religious upbringing.  Then their faces cloud over and they start mumbling ‘well, I suppose, but ….’  As an academic and devoutly religious mother of six, I have sat through many a professional dinner opposite many an uncomprehending, troubled, liberal face.

I think the operative word here is ‘uncomprehending’.  In my experience, people who are not religious often simply do not understand why religious freedom is such an important right.  And they cannot, or will not, acknowledge the benefits of religion – either the benefits to individuals, or the benefits to society.  Religion is just this irrational thing to be tolerated, because, well, umm ….. and they cannot really give a reason.  I was compared to a witch once at an academic conference by a ‘non-believer’ – one of the most offensive things you could say to a Christian.  I stood up for myself and rebutted the insult, but to my accuser’s mind, there was no real difference.  In fact, he might have had more respect for witches.

It’s as if people have a certain image in their head when they ponder on parents raising their children in a religious tradition:  marathon study sessions of the Book of Revelation, studying the ‘mark of the beast’, demanding adherence to a paranoid version of creationism, doing regular exorcisms, and so forth.  Maybe there are people like that but I’ve never met them, and I’ve been an active participant in religious communities my whole life, all over the UK and the US.

The larger point, however, is that our public discourse regarding religion these days seems to be driven by those who have no sense of the sacred, from provocative atheists like Richard Dawkins and Stephen Fry to everyone else who wants to put on a pious face about how damaging and irrational this whole religion business is.  The focus of this discourse is always on what religion does wrong, gets wrong, how it offends, oppresses, etc.

Let me offer a drop in the ocean as a way of balancing this discourse:  as a parent, I see nothing in secular ideologies that compares in any way to thepositive, meaningful experiences my children get in our religious tradition.

When my children go to church, they are taught to get as much higher education as possible, and to seek for truth in all things.  They are taught to be law-abiding citizens, to never bully others, or use violence or force.  They are taught about God’s love for all His children, and the dignity and worth of the human person.  They are encouraged to help other people in our congregation and the community; to be just, kind, tolerant, compassionate, and loving.  They learn that the body is sacred, so no self-harming, no drug, alcohol or tobacco use, and no transgenderism.  Life is sacred, so no abortions, and no sex before marriage.

What can secular society offer my family?  50 Shades of Grey?  Katie Perry and the Superbowl?  Let’s contrast those with something like Michelangelo’s Pieta, which my children were able to see when we went to Rome a few years ago.  Which is more ennobling?

Secular society offers its own gods, of course:  consumerism, self-worship, ambition, power  – anything to fill the spiritual void which we all have.  Marx asserted that religion was the opiate of the masses.  Freud  cited it as one of the ‘palliatives’ we use – a kind of flight to fantasy – in order to cope with the challenges and uncertainties of our human condition.  But all secular society can do is offer us different palliatives in the place of religion – drugs, sex, pornography, self-harm, and so forth – which it does in abundance.

I guess it should come as no surprise, then, that secular society exalts its own palliatives, but feels threatened when religious people seek to find God, and then stand up for God as they understand Him.  Secular liberals rejoice in our right to watch 50 Shades of Grey, or to saturate the market with pop songs about getting high.  But they punish those who dare to use their freedom to express their religious convictions, like defending traditional marriage.

Those who are fearful or critical of religious parents need to understand that we do not blindly teach our religion to our children, having never thought about any other ideology or way of life.  We do it because we believe, strongly, in what we are doing.  We know the alternatives, and we have rejected them, for good reasons.  In fact, it’s a remarkably self-indulgent position to believe that secularism does a better job at fulfilling people’s spiritual needs than religion.

Some closing thoughts:  17 years ago today I became a mum for the first time.  My daughter was born with atrial tachycardia, which means she was a very ill little girl, with an especially uncertain future.  But I felt God’s peace and power with me.  I had the spiritual support of our religious congregation every step of the way.  We had practical help from them, too:  gifts, cards, meals, house-cleaning, babysitters, shoulders to cry on, etc.  It was our faith that carried us through – that time, and through every other difficulty, since.

So I really can’t see the harm in raising my children in a religious tradition.  In fact, not only is there no harm in it, there is nothing I can think of that is more important to me.  So please, stop the pious, troubled, uncomprehending face.