NewsPaperthe art of publishing
HomeNewsHolly’s Letter from America: Even Germaine Greer is not safe from the...
7

Holly’s Letter from America: Even Germaine Greer is not safe from the PC mob 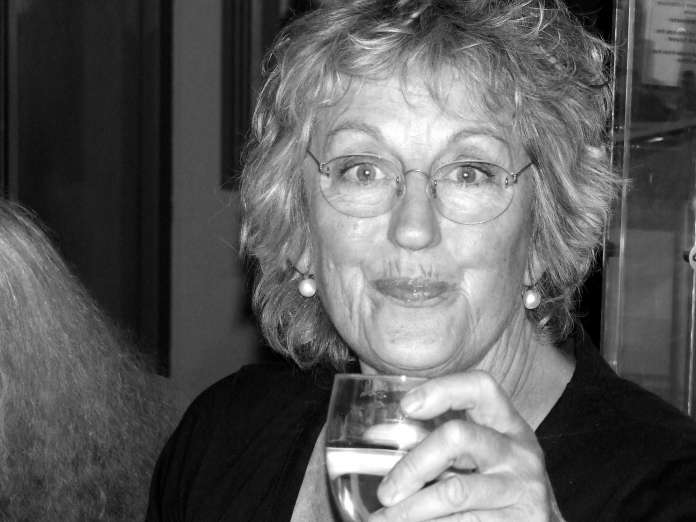 I have been watching with interest this week the discussion in Britain concerning what kind of ‘freedom of speech’ should be afforded to Muslim extremist groups.

In the wake of the Jihadi John beheadings last year, David Cameron and Theresa May started talking tough about rooting out ‘extremism’.  It was good political rhetoric in some ways, I suppose. But as someone who has freedom emblazoned onto her genetic structure, there was something about it that bothered me.  How could that possibly work in practice? Rooting out extremism is an incredibly tricky thing to do in a democratic society which has freedom of speech as a core value. Or so you would think.

And indeed, this week the Lib Dems squashed the Coalition’s attempts to ban extremist groups on university campuses, saying it would be too much of a threat to free speech.  So May was forced to admit that there are no ‘government guidelines’ as to how universities should ‘tackle extremist speakers’.

Oh, you can voice your opinion against, say, gay marriage or transgenderism.  But besides being subjected to extreme ridicule and vilification, you may also very well come under government scrutiny. You may lose your job, your place at school, or even important opportunities for community involvement.

Really, it’s just much safer to keep one’s mouth shut: an excellent way of taking away freedom of speech.

And it isn’t just the social conservatives who are feeling the heat. There is a kind of ‘ghettoisation’ of anyone who opposes the current LGBT orthodoxy. I noticed this especially in the way that Germaine Greer was treated when she came to speak at the Cambridge Union several weeks ago.

Greer has been a consistent critic of transgenderism for many years now. For that reason, her invitation to the Union was highly controversial. Cambridge LGBT groups were vociferous in their condemnation of Greer.  There was outrage and disbelief that the Union would invite someone to speak who had ‘transphobic’ views. LGBT members accused her of ‘hate speech’. One of her critics said: “We feel there is a fine line between free speech and hate speech. So many people are feeling let down and completely unsafe …I do not want to share a building with Germaine Greer. I don’t particularly want to share a city or even a planet with her.”

There were protests before she came. Security had to be tightened on the night. LGBT groups boycotted the event completely. One wonders how on earth her appearance went ahead in this completely anti-free speech environment. One would have thought she was a terrorist.

But no. She just believes that transgendered women aren’t really women. That is her crime. And, to her credit, she did not back down from her position when she spoke at the Union. Apparently Cambridge students were ‘shocked’ and ‘angry’ to hear her say the wish of a man to become a woman is a ‘delusion’.  She also argued that you cannot be a woman just because you want to be, because “there is a hardship about being a woman … I always wanted to be a Jew, but I can’t be”.

Now, as a social conservative I don’t agree with Greer on most issues. But truth is truth. Students may have been shocked, but I dare say hearing these things must have given them some much needed food for thought.

Greer’s treatment at Cambridge is a good illustration of how a political movement works to stop free speech. First there is the demonisation of the opposing position.  Greer was cast as hateful; and not only that, her views were ‘violent’.  Along with this demonisation is the name-calling:  she was transphobic. The ‘phobic’ suffix is especially important, because in this context, of course, ‘phobic’ means hatred.

Then comes the emphasis on fear, and the need to be ‘safe’. People felt ‘completely unsafe’ with Greer around; just by speaking, she was going to injure them, or cause their death. This emphasis on safety raises the stakes of free speech, in a way that makes people less likely to speak. In reality, it is a kind of ‘passive-aggressive’ threat against the speaker. The speaker intends no harm, but the listener somehow gets harmed.

Again, to Greer’s credit, she refused to be intimidated by these methods to silence her. Importantly, she refused to be demonised. She refused to take on the label of ‘transphobic’. In this, no matter if you agree with her or not, Greer is a good example of how to keep free speech alive. If we want free speech, we must use it, even when the dominant culture is against us.

The terrorists, it seems, we will always have with us. The question is, will universities and other institutions soon consider themselves ‘free’ and ‘enlightened’ when they invite terrorists to speak, while at the same time denying free speech to those of us who have no weapons, just conscientious objections?