IN Michelle Williams’s acceptance speech at the Golden Globes on Sunday, she said she was grateful to live ‘in a moment in our society where choice exists, because as women and as girls, things can happen to our bodies that are not our choice’.

So true, I thought. Women do not choose to grow grey hair, develop wrinkles, or find that mono-brow continually returning. These things just happen. Similarly, girls do not choose to go through puberty – it simply happens, we give our parents hell for a couple of years, and then life continues. Admittedly, given today’s handing out of puberty blockers to children who identify as transgender, the woke-warden might deem my last notion a little archaic, but you get the gist.

Alas, I am being obtuse. As Laura Perrins reported in TCW on Tuesday, Williams went on to say that her career would not have been what it is ‘without employing a woman’s right to choose’ when to have children and with whom. Far from speaking to the importance of discerning a good partner with whom to make a family, Williams was alluding to the so-called right to abortion.

Such an attitude should bring dismay to women and girls everywhere. Williams used her platform of influence to suggest that abortions can help one get ahead in Hollywood. More broadly, Williams’s comments imply that women should celebrate access to abortion as it enables strategic career choices. Williams clutched her award as she alluded to the fact that it came at the cost of an abortion. Williams lauds an experience which is often sombre and traumatic for women as a wonderful option to have in the career belt. How very grim.

Williams provides a clear example of how the feminist movement, especially as it concerns abortion, has entered the realm of absurdity. Bill Clinton’s ‘safe, legal and rare’ mantra disappeared long ago. Feminists no longer limit their reasons for allowing abortion to health complications or extreme financial difficulty. Instead, the ‘my body, my choice’ mentality renders all former hesitations obsolete. Do you find yourself on the brink of promotion but an unexpected pregnancy throws the timeline off? Or does the due date of your baby conflict with a month-long work-trip abroad in search of new investment opportunities? Today’s pro-abortion lobbyists seem to lack no restraint in proposing a termination as the solution to even a mildly inconvenient pregnancy.

In the fight for women’s empowerment, abortion advocates undermine the cause. An abortion ends the natural process of a woman bearing a child. It stops an inherently female process from taking place and reduces a woman’s body to the capabilities of a man’s. If gender equality were about making a woman like a man, removing wombs would bring us closer to that goal. Ensuring women are not discriminated against because of their gender, however, should require no such limiting of the female body. Biological differences are not there to be eradicated. Authentic empowerment of women would embrace the woman’s body and its functions. Abortion acts antithetically to this objective.

Moreover, ‘employing a woman’s right to choose’ when to have a child should really absolve men from all parental responsibility. In so far as Williams deems it to be the woman’s decision not to have a child, it also must be the woman’s decision to have a child. This leaves us asking what role the father plays in all of this? If the woman consents to sex but not necessarily to whatever child may follow, it is only fair that the same rule binds the man. Such a feminist movement thereby turns its back on today’s struggling single mothers. Erroneously, Williams’s school of thought believes it grants women greater equality through their alleged bodily autonomy. In reality, this line of argumentation justifies men ditching their responsibilities and makes women more reliant on state support and welfare.

It takes two to tango. Sadly, Williams shows how many people today ignore this basic fact of life. Her speech reflected the estrangement of the feminist movement from half of the population, touting the trope of women as victims who need to retaliate against men’s self-interest.

If children pose such a hindrance to career progression, Williams could have used her platform to advocate for greater maternity leave or flexible working hours for recent mothers. Or perhaps she might have lobbied for increased paternity leave so that men might share more equally in the blessing and burden of childrearing. But no. The mainstream feminist movement prefers to celebrate abortion rather than pursue pro-family policies. As the feminist movement becomes increasingly a single-issue agenda, it speaks for fewer women and loses any authentic connection to the mission women set out to achieve decades ago.

And let us not forget the slippery slope the red carpet star’s vision could soon become. If we reduce the decision of having a child to timing and convenience, the era of Sakai Garrison lawsuits looms not too far behind. People might scoff at the seriousness of employers en masse suggesting female staff terminate pregnancies. Yet, the UK disabled woman who narrowly avoided a forced abortion earlier this year suggests such a nightmare is all too possible.

Michelle Williams reminded the audience that ‘women are the largest voting body’ in the United States and called for the country to ‘look more like us’. If that entails subscribing to Williams’s reasoning, I just hope women show more sense.

Share
Facebook
Twitter
WhatsApp
Email
Previous articleTrump wipes out an enemy of the West. Get over it
Next articleWho’ll stand up for the hassled mother on buses and trains? 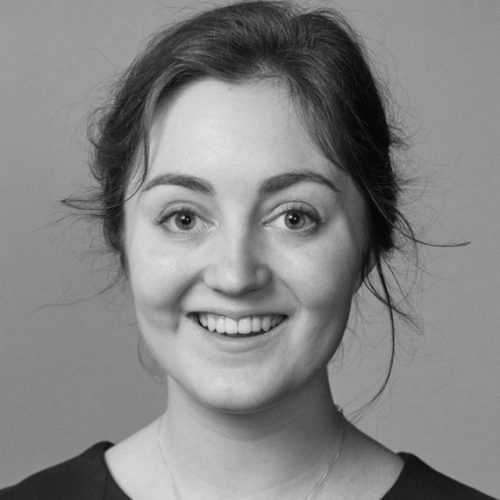 Portia Berry-Kilby
Portia is a British student in her final year at Harvard University where she studies politics and Arabic.