THE beautiful housewife sits at home alone in her kitchen, smoking a cigarette, with only the ticking of the clock for her companion. Her intellect is unchallenged, her children are a burden, and her life has been surrendered in service to a husband who leads a meaningful, stimulating, and socially enriching life. He is valued – while she, a mere adornment, wastes away.

This is the parochial tale we have been told, over and over and over, through films, through television, through advertisements, books, and schooling over the course of decades: That to embrace traditional womanhood is to embrace meaninglessness, humiliation, and a life of boredom and despair. To become a mother is to become a useless vessel for procreation, a warm uterus for the incubation of some alien being, after which will follow physical and sexual ruin.

This is the only narrative permitted and promoted by our society for women today. The message is ubiquitous: Real womanhood is shameful, and a thing to be expunged. Education, competition with men, and the total rejection of femininity are the only antidotes to the subjugation of the female anatomy.

We must be men, and we must hate men.

It’s no wonder, then, that so many, with the spectre of enslavement looming, have run for refuge in their academic degrees, their earnings potential, their Netflix series and cocktail hours and one-night stands. Today, women are angry, isolated, increasingly childless, and desperately seeking meaning in disposable professional roles. We now toil side-by-side with men, equal in our voting rights, but unequal in our needs, our unfulfilled longings, and our separate miseries. The false song of feminism (to borrow a phrase) has doubled our burden, and stolen from us the pursuit of our fundamental purpose, the fulfilment of our biological imperative to be mothers.

No institution is despised so much today as motherhood. From girlhood, women today are told that they can be anything – astronauts, scientists, CEOs – anything, that is, except mothers. Later, young women are told not to settle down before they’ve got their degrees, established their career, and enjoyed their youth. Women are told to get on the Pill, get a five-year contraceptive implant, and not worry too much about ‘finding someone.’

If marriage and family occur down the line, well fine, but it’s more a matter of unfortunate coincidence than deliberate planning, and God forbid it should interfere with career aspirations. Career planning, on the one hand, involves years of education, counsellors, money, and research. Family planning, by contrast, is little more than a euphemism for killing one’s unborn child.

The stigma attached to the being ‘barefoot in the kitchen and pregnant’ meme is incredibly powerful. Motherhood is no longer regarded as a worthy, or even adequate, aspiration for women. Those who express the desire for marriage and family ahead of career are mocked and ostracised, cast aside as the embarrassing, medieval after-essence of some less enlightened era.

This powerful concoction of toxic forces has left women floundering in meaninglessness, making inalterable choices in their teens and twenties about family that will haunt them for the rest of their lives. It’s no solace that some women come around to the realisation that they desire children in their thirties and forties, when it is more physically challenging to have children and more difficult to find quality partners. They have already wasted their best years on jobs that didn’t matter, mindless consumerism, and soul-crushing casual sex.

A woman today is expected by society to come to marriage and motherhood in physical and spiritual decline, if ever.

This is the life women have been offered by those who would rather us toil away as isolated economic units for faceless corporations, far from the natural pleasures of the domestic, far from the guardianship of a loving husband, and far from the life-giving experience of motherhood.

Feminism has stripped us of our dignity as women and stolen our natural right to the nurturing, the calm and aesthetic, the meticulous and artistic, the affectionate and pure. Feminism has reduced women to cheap imitations of men, a role we will only ever fill poorly. It has made a mockery of our real feminine abilities and defiled our bodies, once the sacred possession of husbands who could protect and serve us.

It is time that our society offers young women something old, that today is something new. Competition with men has made us all sick and weary; it has stolen the meaning and joy natural to human life from at least a generation. There has been no liberation in the rejection of femininity and the embrace of the frivolous and perverted, only an ever-deeper chasm between the sexes. No tangible improvement has come of equal political representation and no happier populace has resulted from the emancipation of women from the home.

Motherhood deserves to be revered for the critical role that it is, rather than the choice of women who were not intelligent or motivated enough to pursue a masculine career. It is a role uniquely created for and suited to women, upon which rests the hope of nations and the future of civilisation.

The answer is clear: It’s time for women to return to the home, where we rightfully belong and where real joy and fulfilment await. 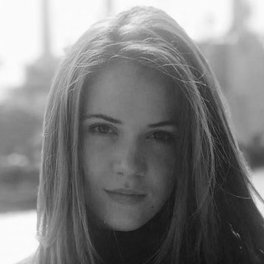