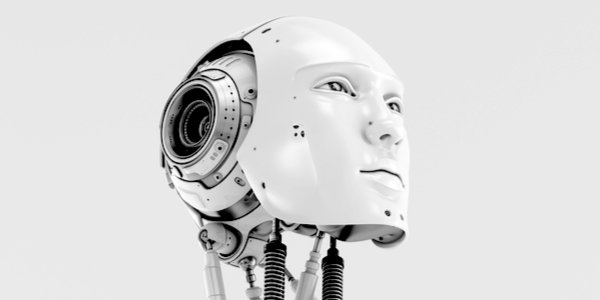 A PAPER called Human Augmentation – The Dawn of a New Paradigm, published in May last year, is a collaborative ‘think-piece’ between the Ministry of Defence’s Development, Concepts and Doctrine Centre (DCDC) and the German Bundeswehr Office for Defence Planning. It is said to be intended to help understand how the progressive fusion of man and machine will affect the future of society.

For a document so heavily structured around security and defence strategy, there are a number of uncomfortable parallels between the somewhat dystopian, hyper-technological vision of the future presented, and the public health-based terror campaign of the last 22 months, and although a disclaimer states that the content does not represent official policy or strategy of the UK government, in light of current events this claim should be taken with a substantial pinch of salt. For example:

‘Covid-19 has exposed our vulnerability to pandemics [and] the therapeutic benefits of human augmentation could help protect us. Large pharmaceutical corporations see the economic opportunity in human augmentation and are investing heavily.’

We can observe this great pivot to the modification and digitisation of humanity playing out right now. Presently, the CEO of Pfizer Albert Bourla is saying that Omicron-effective ‘version 1.1’ of the Covid-19 vaccine will be ready by March – so there’s our next software update – and is happy to admit that the previous three shots essentially accomplish very little, if anything at all; depending on exactly what the political objective behind their needless universal deployment was in the first place, of course.

It also seems patently clear that international travel will remain contingent upon one’s ability digitally to assert one’s health status: a process which will require a uniform global infrastructure.

It would be fatally naive to assume that such multifarious and novel health-tech will be confined to the sphere of public health, and not mysteriously make the leap into a different arena, like, say, a bat coronavirus jumping into humans:

‘The reliance on personal data to enable human augmentation will pose significant data security and privacy challenges. The frameworks to secure this data will have to be both national and international in nature, ensuring that it is easily shared.’

Yet what to do with all the cursed sceptics: Johnson’s ‘mumbo-jumboists’? How to get them on board with this robotification of humanity, an essential stepping-stone to which it is not absurd to assume, is the willing injection into one’s body of a substance of unknown ingredients and unquantifiable long-term ramifications? Even the DCDC think Blair’s ‘selfish idiots‘ are a stumbling block to the creation of smart-humans:

‘Vaccines are still rejected by sections of society whose caution and scepticism stems from a belief that such treatments are an invasion of their physical integrity. Human augmentation may be resisted by [these] elements of society.’

What if these refuseniks, stubbornly desirous to remain human being in form and not binary code/human-hybrids, persist in their subordination, especially during engineered public health crises? Perhaps the line between cajoled and forced vaccination/augmentation may be crossed sooner than we fear:

‘There may be a moral obligation to augment people, particularly in cases where it protects us from novel threats. It could be argued that treatments involving novel vaccination processes, and gene and cell therapies, are already in the pipeline.’

Except that such novel therapies are not in the pipeline, but are currently embedded within the cells of approximately 60 per cent of the world’s population, and within a mere 12 months of their introduction. This in spite of the monumental efforts of legions of alarmed sceptics who, after 22 months spent doggedly flagging up the moral and ethical issues concerning the coercive administration of novel gene-therapies, may in actuality be engaged in battle not with a cabal of public health despots, but with the invisible enemy of some unofficial and yet universally adopted ideology, an example of which is explored in Dawn of a New Paradigm:

Knowing as we do that the ethical bedrock of the Nuremberg Code, for example, no longer appears valid, this allows us to project the current narrative into the future with a certain degree of imaginative confidence, something Dawn of a New Paradigm is likewise fearless in doing via a series of theoretical scenarios, one of which envisages that: ‘2045 saw the development of, what was in effect, a universal vaccine for all diseases. This led to global acceptance of human augmentation.’

Could the current mRNA vaccines symbolise the commencement of a spurious journey towards a single, miraculous vaccine? Quite possibly; after all Gavi (aka the Vaccine Alliance: progeny of the Gates Foundation) are in hot pursuit of a universal vaccine against all coronaviruses, and living vampire Dr Anthony Fauci is already winding up the accompanying hype-siren, something his equally bloodthirsty, fellow gain-of-function-goon and President of EcoHealth Alliance, Dr Peter Daszak, advised as far back as 2015:

‘We need to increase public understanding of the need for a pan-coronavirus vaccine. A key driver is the media, and the economics follow the hype. We need to use that hype to our advantage. Investors will respond if they see profit at the end of the process.’

If one were to marry these pan-coronavirus and pan-disease vaccine visions with what would likely be the resultant reduction in the healthcare workforce – there hypothetically being less disease and illness circulating – and transpose this scenario on to the current piecemeal transfer of the NHS online, the vaccine mandate which will see its staff numbers culled, and the Consumer Healthcare Association’s agenda that an ‘increased willingness to self care needs to be embedded into people’s everyday lives so the behaviour continues as we recover from the pandemic and people don’t just go back to doing what they did before’, then the following quote from Dawn of a New Paradigm doesn’t sound so fantastical:

Ex-Health Secretary Matt Hancock would doubtless concur, having told the Evening Standard in November 2018 that ‘artificial Intelligence can augment the human factor [of medicine]’, although he remained strategically mindful enough to emphasise what is now proving itself a somewhat hollow ethos – that ‘nothing can replace the doctor-patient relationship’.

One wonders if his answer to clearing the six million-strong NHS backlog might factor in a certain degree of morally ‘obligatory’ human augmentation. After all, the pre-pandemic medical principles that have guided the post-Nuremberg era so far have been trashed and require reinventing. Perhaps that’s why the DCDC, with such brutal boldness, speculate that ‘our moral tendencies to look after our kin and immediate future may no longer be fit for the modern, interconnected world’.

Dawn of a New Paradigm is a supposed think-piece. Yet I suspect its authors think it more a guidebook, and that its publishers ‘think’ it prudent, via their opening disclaimer, to both stop us thinking that the morally unthinkable is becoming reality, and encourage us to think that the real think-pieces – the headlines of the great Covid-19 hoodwink – are gospel.

Ergo, in many ways the narrative can be said to be right on track: the coming and going of restrictions all just smoke and mirrors.

Personally, I’ll decline the offer to become a genetically-mutated cyborg, thanks. If you don’t mind, I’d rather use the moral compass with which I was born to help me navigate the natural, unavoidable risks of life, and not the moral compass the emerging single global Government has designed for me, so that I may robotically navigate their manufactured atrocities.