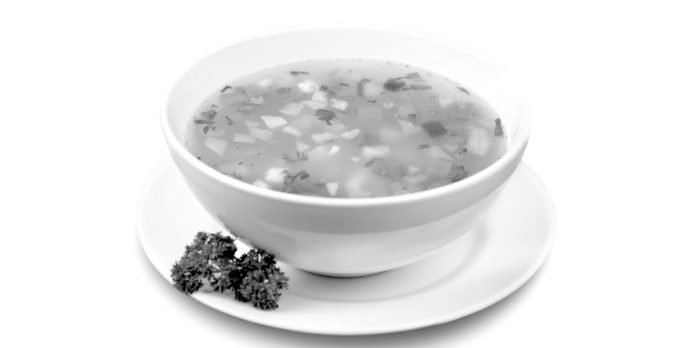 A FEW years ago I was working in a large building converted into numerous small offices spread over several floors, with only a tiny basement kitchen. The company employed a team of runners who could be summoned to fix this or that, fetch notebooks or paperclips, and every morning take lunch orders. The runners were all bright young things, eager to please. One young lady was particularly charming.

‘Yes, thank you. Any soup, and any two other items – a bag of crisps or fruit. I don’t mind what.’

‘Cool,’ she replied, scribbling in her notebook.

The next day the same order, soup plus any two other things. ‘Cool’, again the reply.

By the middle of the second week I was getting a bit hot and bothered with all this ‘cool’ business, and so the following day when the young lady came in for my order, I prankishly said: ‘Any soup, I don’t mind what. And any two other items. Oh and by the way, make sure that the soup is hot. Very hot.’

She lowered her notebook and peered at me uncomprehendingly. I might have been speaking Mongolian.

A couple of weeks after that a young man was taking the lunch orders. I could tell it was his first day. ‘May I take your order for lunch now, or shall I come back later?’ he asked.

I appreciate people using sophisticated words, but I just can’t stick hyperbole: it drives me insane.

Two young ladies were on the front reception desk. Again they were charming and eager to please, but were afflicted with verbal mannerisms like the runners.

Me: ‘Do you have a hole punch I could borrow?’

Receptionist: ‘Yes, use this one.’

Once I was waiting in reception to greet a client.

Receptionist: ‘Can I get you a coffee while you’re waiting?’

Me: ‘No thank you. I have a very weak bladder.’

Me: ‘Oh but you’re wrong there. It causes me endless problems.’

A week or so after that merriment, I was in my office and trying to think of a word. I had been going through some files that a client had supplied, and the cross-referencing system he had devised was so thorough and user-friendly, I felt that it should be specially praised. I wanted to say something like the system was ‘without a possibility of making an error’ or ‘difficult to go wrong’ or ‘was flawless,’ but the mot juste eluded me.

As my office had no internet connection I went down to reception.

‘I’m trying to think of a word,’ I said. ‘It means not possible to make a mistake. Without a fault. Can you go on to Google for me?’

So on to Google she went.

I watched in dismay as she typed f o r t l e s s into the search field.

Perhaps I shouldn’t get so hot under the collar about all this, and instead find somewhere quiet where I can lie down and try to be cool.