NewsPaperthe art of publishing
HomeCOVID-19Hounded by medical tyrants, a doctor who believes in vitamins
142

Hounded by medical tyrants, a doctor who believes in vitamins 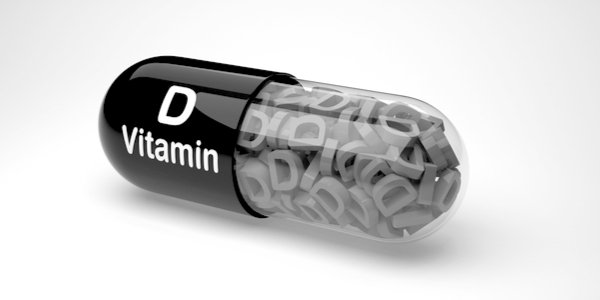 MEDICAL tyranny is getting progressively worse – as we’ve seen with the hard sell accompanying the Covid-19 vaccination rollout.

This pattern has been creeping up on us for years, and doctors using treatments or therapies that are not drug-based, or who criticise recommended drugs and therapies, are at risk of being reported to the General Medical Council.

The GMC governs all registered doctors and surgeons, and holds ultimate power over the careers of rogue practitioners. Its remit allows it to strike off any doctor for serious professional misconduct and it erased 90 doctors from the medical register last year.

However, it only sent Dr Harold Shipman, who killed 459 patients, a warning letter, and failed to strike off Dr Jane Barton, who shortened the lives of around 650 patients with ‘excessive, inappropriate and potentially hazardous’ amounts of opiates.

Dr Barton was found guilty of serious professional misconduct, but instead of erasing her name, the GMC issued her with a list of 11 conditions relating to practice. Her brother, Dr Christopher Bulstrode, was a senior administrator at the GMC at the time, although he took no part in the investigation.

Now internet trolls and unidentified sources, not patients, have begun making malicious complaints about any doctor who vociferously adds vitamins to their prescribing protocols, or speaks out against other drugs, vaccines in particular.

Vitamins have been regulated by the Department of Health since 2011, and despite numerous papers showing how the antioxidant vitamin C deals with infection, and how vitamin D boosts the immune system, they are still considered ‘alternative’ and avoided by most GPs.

Vaccines are capable of harm. The swine flu vaccine Pandemrix was withdrawn for causing the chronic drowsiness disorder narcolepsy, and two versions of the measles, mumps and rubella (MMR) jab were scrapped because they caused the brain inflammation encephalitis.

Problems happen with drugs, while vitamins are a great accessory to any medicine cabinet. However, GP Dr Sarah Myhill, revered by her patients, has been investigated by the GMC a staggering 38 times!

Her crime, according to complaints, is using vitamins before prescription meds and criticising PACE (Pacing, graded Activity, and Cognitive behaviour therapy) and its authors to the GMC.

PACE is the government protocol which instructed chronic fatigue syndrome (CFS) patients, crippled with tiredness, that they should exercise and banish negative thoughts about their condition.

Dr Myhill is not the only doctor who is a victim of this witch-hunt. Dr Jayne Donegan was accused of peddling ‘junk science’ back in 2002. The GMC began an investigation after she supported two divorced mothers in court as an expert witness.

The mothers did not want their children to have the MMR vaccine, while their fathers did. Dr Donegan testified that vaccination was not risk-free, which is true, but two judges did not agree.

At both the original hearing and the appeal, the judges criticised Dr Donegan’s evidence. Mr Justice Sumner said: ‘I am compelled to the reluctant conclusion that in this case Dr Donegan has allowed her deeply-held feelings on the subject of immunisation to overrule the duty she owes to the court.’

In a subsequent appeal, Lord Justice Sedley said: ‘Most of the published papers cited by her in support of her views turned out either to support the contrary position or at least to give no support to her own. Not to mince words, the court below was presented with “junk science”.’

After reading newspaper headlines, the GMC began an investigation culminating in 2007 with a three-week hearing. When the case was brought, it was splashed all over the papers, but the fact that Dr Donegan was cleared went unreported.

Sheila Hewitt, who chaired the GMC panel that cleared her, told Dr Donegan: ‘The panel were sure that at no stage did you allow any views that you held to overrule your duty to the court and the litigants.’

The GMC is now investigating her again after The Times  described her lecture on the science of vaccination as anti-vax. Fed-up, she is keen to deregister herself, but the GMC won’t let her go.

You would imagine that this illustrious body had been inundated with complaints from patients about both doctors, but not a single one complained.

It is the opposite in fact; Dr Donegan was the most popular GP at the Herne Hill Group Practice in South-East London where she worked before her first GMC hearing.

In an email obtained via Freedom of Information by the Myhill camp, Mr Tom Kark, the GMC’s own QC said: ‘The problem with the Myhill cases is that all patients are improved and all refuse to give witness statements.’

Dr Myhill, a GP for 40 years, graduated top of her year when she qualified at Middlesex Hospital, (now merged with University College London) in 1981. She describes herself as a naturopathic physician and is also trying to deregister herself from the GMC, but it won’t let her go either.

Dr Myhill said: ‘I now practise as a naturopathic physician and no longer use prescription medication. I find the alternatives just as effective. But they refuse to deregister me. I’m still on their register with a comment saying I’m refusing to re-engage in reappraisal. I’m appraised by the Association of Naturopathic Practitioners. I don’t need the GMC.’

Her first brush with her governing body came in 2001, just after she registered as an independent GP, having worked as an NHS GP for 19 years, and there has barely been a year since then that she has not been investigated.

Complaints began to roll in after she published her CFS recovery protocol free on her website. One complainant, health professional Stuart Jones, wrote on the Bad Science website run by journalist Ben Goldacre of the Guardian: ‘Dr Myhill is a deluded, pill-peddling quack.’

Four new cases were launched last year with non-patient complainants objecting to Dr Myhill’s use of thyroid hormones for hypothyroidism (underactive thyroid gland), magnesium injections, vitamin B12 injections – used to treat patients with CFS – and for advice on her website relating to vitamin C and vitamin D, to treat and prevent Covid-19.

Trolls dissect her website for information they don’t like, mostly to do with vitamins, and the fact that she is certain that CFS, also known as myalgic encephalomyelitis (ME), is a physical complaint rather than a psychological one. The NHS disagreed with her until relatively recently and treated it as psychosomatic.

Blind faith is not the thing that has led Dr Myhill to this conclusion and she has had three scientific papers published in 2009, 2012 and 2013 establishing why. She also won a British Medical Association Award for her book ‘Chronic Fatigue Syndrome – It’s mitochondria, not hypochondria’.

Chronically fatigued patients, who might find a phone call exhausting, were being advised to take graded exercise therapy (GET). Many felt worse afterwards, but were told they had a faulty belief system. To rid them of their faulty beliefs, GET was often combined with cognitive behavioural therapy.

At one hearing DR Myhill explained: ‘As members of the panel are doubtless aware, the CFS/ME world is split, and many still believe it has a psychiatric basis.

‘The PACE trial of 2011, published in The Lancet, seemed to support this hypothesis. However, it came under severe criticism and the conclusions of 40 international independent academics, as published in the Journal of Health Psychology, August 2017, said that the study was scientifically unsound.

‘It shows, as just one example, how the goalposts for a “defined recovery” were lowered, during the PACE trial, to a level so low that someone with that level would have been defined at the beginning of the PACE trial as being disabled.

‘Professor Jonathan Edwards of University College London stated that the “PACE team response shows a disregard for the principles of science … the flaws are so egregious that it would serve well in an undergraduate textbook as an objective lesson in how not to design a trial”.’

Then last November, out of the blue, in response to extensive consultation, all advice for those with CFS/ME changed. The treatment watchdog the National Institute for Health and Care Excellence (NICE) recommended replacing GET with a protocol that was the exact opposite. Patients were told to exercise as much as felt comfortable at a level that did not make symptoms worse.

Dr Myhill subsequently reported the authors, four professors – Simon Wessley, Professor of Psychiatry and Trudie Chalder, professor of CBT, both at King’s College London; Peter White, Head of Modelling at Imperial College London, and Michael Sharpe, Honorary Consultant in Psychology at Oxford University – to the GMC in 2018, accusing them of fraud.

She said: ‘I received much support for this from the world ME Community, with over 200 sufferers sending in detailed letters of support for my complaint to the GMC with an excess of 10,000 people signing a petition supporting my complaint.

‘These patients told of how the PACE trial had harmed them physically, emotionally and financially. Many wrote of being left bedridden for years after following the guidance in the PACE trial and others wrote of having lost their jobs and, sometimes their homes, after having been disabled by the treatments recommended in the PACE trial.’

The GMC refused to investigate, despite the trial costing £5million of public money, and the following day, launched a new investigation into Dr Myhill. While Dr Myhill’s patients sent detailed letters charting their recovery and improvement to the GMC.

This new investigation ran until September/October 2020 when the GMC cleared her – again, with no case to answer. It was the 38th investigation where the GMC found no evidence that would allow them to launch a ‘fitness to practise’ case against her.

The week after Dr Myhill was cleared, the GMC launched five new investigations, taking her lifetime total to 43. Three focus on her recommendations for using vitamin C and D to treat and prevent Covid-19, one investigation has since been dropped and she has no details for the fifth case yet.

As we’ve seen, and has been widely reported, vitamin D and C are considered important when it comes to preventing and treating Covid-19. The Government recommend vitamin D for the clinically vulnerable and advises all of us to take it during the winter.

So why the witch-hunt? Dr Myhill said: ‘Nobody knows what is behind this, but my mind says follow the money. Nobody makes money from vitamin D and C because vitamins can’t be patented. The potential for making money out of vaccinating against Covid and for controlling the population is massive, but if people are getting better with vitamins, billions cannot be made.’

The GMC had no comment. A spokesman said: ‘We are not able to discuss individual doctors.’