How anxiety is used to change behaviour 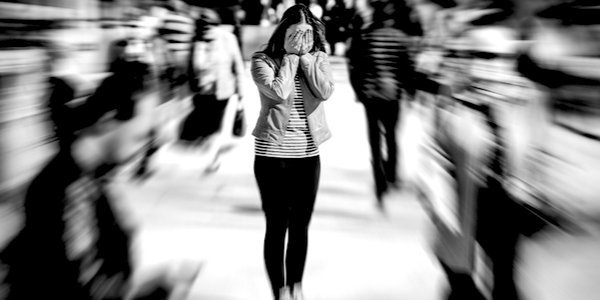 PSYCHOLOGY is a life science. It assumes that human beings operate in a similar way to other living creatures (for example pigeons, rats, or dogs) and are propelled by unavoidable, irresistible forces of which they are mostly unaware, and over which they have no control.

This slightly overstates the case, but if you have studied psychology, particularly behavioural psychology, and worked in a clinical setting, you realise that much psychology proceeds on this basis. It does so because psychology needs results that are objective, measurable, reproducible and useful. The more that the mysterious inner workings of the human mind can be eliminated from consideration, the better. This is because a mind is not accessible to direct observation. It cannot be recorded or measured. Only observable behaviour can be recorded and measured; and as observable behaviour is predicated on internal processes, it is an acceptable substitute for direct observation of internal processes.

Many of the experiments performed by the psychologist Burrhus Frederic Skinner (1904-1990) used food delivery as the independent variable. A hungry rat is popped into a box and has a lever to press (the dependent variable). If it presses the lever it gets a food pellet (reinforcement). Once trained (conditioned) to press the lever to obtain food, the independent variable can be manipulated. For example, the rat has to press the lever five times before it gets a pellet (fixed ratio schedule), or the rat has to wait five minutes before it presses the lever to get a food pellet (fixed interval schedule), or a changing number of presses of, or minutes wait before pressing the lever (variable ratio/variable interval schedule.) These are schedules of ‘positive reinforcement’, popularly termed reward.

The next type of reinforcement is a variation on reward. The floor of the rat’s box can be electrified. At a signal (a tone or flashing light) unless the rat presses the lever, it will receive an electric shock. Once trained to press the lever to avoid shock, the independent variable can be manipulated. The rat has to press the lever five times to avoid shock, or wait five minutes before pressing the lever. These are schedules of ‘negative reinforcement’, popularly termed relief.

After the rat is thoroughly conditioning, the lever is disabled. The lever now does nothing and nothing happens to the rat (absence of reinforcement). For how long will the rat continue to press the lever until it gives up, and the lever-pressing behaviour is extinguished? The length of time before the lever pressing ceases represents the success of the conditioning; a measure of the strength of the induced behavioural change. From such studies, the particular schedule of reinforcement and the type of reinforcement which together produce the most lasting change in behaviour can be determined.

A real-life example of the efficacy of the different schedules and types of reinforcement can be found in compulsive gambling. The compulsive gambler is trapped in a reinforcement schedule of variable ratio and variable interval combined. He may play once and win. If he plays again he may win again or he may lose; he has no way of knowing. All he knows for sure is that to stand any chance of winning he must play (press the lever). All that is required to maintain this behaviour indefinitely is for the gambling mechanism to deliver a large (or little) reward periodically, but completely at random. Furthermore, to lock in the gambling behaviour, the reward should be available only after an optimum delay has elapsed. Not too long, obviously, but neither too soon. This optimum delay can be ascertained by experiment. Notice that it is the delay time as well as the number of lever presses that are instrumental in securing the behaviour. The time delay countdown will pause if the lever isn’t pressed. So the lever must be pressed to keep the countdown running, but the countdown is set for a variable duration before a reward will be offered. It is this feature that makes the gambling behaviour take hold so firmly: the gambling behaviour must occur repeatedly to achieve a result.

We now understand how behaviour can be controlled through the combination of variable ratio and variable interval reinforcement, but there is also another factor. As with Skinner’s rats, what is attained by a specific behaviour can be something positive (money), but it can also be the cessation of something negative (boredom, fear of failure). Relief from pain and anxiety is powerfully habit-forming. A compulsive hand-washer will experience a reduction in anxiety once his hands have been washed, and yet the compulsive hand-washer can go to extremes, washing his hands till they bleed; and not stopping at his hands either, but washing the taps, the basin, the wall tiles, everything! It is the reduction in anxiety that is powering the behaviour, not the desire to have clean hands.

So what have we learned? We have learned that the most effective way to influence behaviour is to establish a variable ratio combined with a variable interval schedule of reinforcement, and to select a reinforcement which is simultaneously rewarding and anxiety-reducing. Any repeated behaviour which will, after a variable period with an optimal maximum, achieve something pleasant and at the same time remove something unpleasant, will be virtually ineradicable.