NewsPaperthe art of publishing
HomeNewsHow can the Home Office let in this woman preacher of hate?
158

How can the Home Office let in this woman preacher of hate? 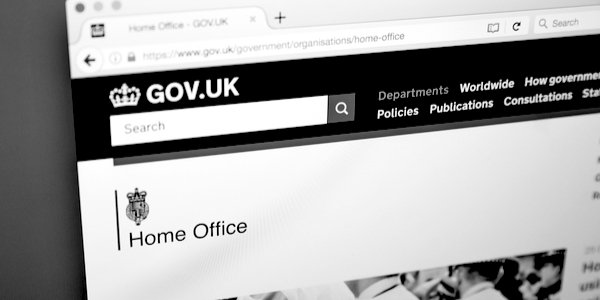 WHILE much news focus this past week has been on Boris Johnson’s socks, a travesty was ignored. Mend, the prominent Islamist organisation, recently held a conference called ‘Losing My Religion‘. A comprehensive report by the Henry Jackson Society in 2017 details Mend’s habitual hosting of those who promote jihad, anti-Semitism and homophobia.

Mend actively undermine Prevent – the government’s anti-terrorist organisation – demonise Muslim counter-extremist groups such as Quilliam and have been accused of using every argument to damage groups who work with Government. Their apoplectic response to the appointment of Sara Khan as head of the Commission for Countering Extremism encapsulates the fury they turn on against anyone who rightly calls out the dangers of Islamism.

‘Losing My Religion’ was a master class in how to use ‘Islamophobia’ as a means to shut down criticism of Islamist practices and endorsing those who are key figures in spreading anti-Semitism.

One of its key speakers was the rabble-rousing anti-Semite Linda Sarsour who Mend, in face of criticism, have tried to justify inviting. Sarsour’s ideas are dangerous. As Malhar Mali succinctly explains, she is an apologist for fundamental Islamic ideas who has worryingly been given public legitimacy.

Sarsour is a supporter of the US Islamist congresswoman Ilhan Omar and advocates sharia law and FGM. She has also unpleasantly advocated violence by tweeting that Muslim reformist Aayan Hirsi Ali ‘is calling out for an ‘a$$ whippin’ and expressed the desire to ‘take away’ Hirsi Ali’s vagina. She is a perfect guest for Mend but surely not a desirable one for promoting interfaith harmony.

Sarsour wields her hijab as a symbol of freedom when in fact exactly the opposite is true, as so cruelly epitomised by the imprisonment of women in Iran for taking off their hijabs. In this context it is hard to explain or to take her fundraising for desecrated Jewish cemeteries at face value. Her response when she was accused of withholding these promised funds revealed her true anti-Semitic tendencies. She has called for jihad against President Trump and her connections with the Council on American-Islamic Relations (CAIR), an Islamist organisation linked to the Muslim Brotherhood, are also troubling.

Doubly disappointing are the scholars who are legitimising Sarsour by choosing to speak alongside her. At the time of writing the following scholars are on the speakers list: Shaykh Zahir Mahmood, Mufti Abdur Rahman Mangera and Shaykh Yasir Qadhi.

Anti-Muslim hatred is abhorrent. There is no excuse for attacking a person, verbally or physically, because of his or her religion. But Islamophobia, on which Mend focus much of their activities, has no justification. It is a made-up word designed to stymie any criticism of Islamism, as Douglas Murray sets out here. Moreover, words should not constitute a ‘hate crime’ and we already have laws in place to deal with assault.

Despite this, Mend are succeeding in punishing those they see as critical of Islam – making them ‘persona non grata’ – inviting and encouraging reports of Islamophobia and even pushing for ‘culprits’ to lose their jobs. They are promoting a creeping blasphemy law, while harbouring an anti-West and anti-Semitic agenda, and this has serious consequences.

We live in a democratic country so Mend are free to hold their hate fest even though they seek to destroy our freedom of speech. But that is hardly an excuse for the Home Office letting in someone who is essentially a hate preacher in female form. Why didn’t they ban Sarsour? To put it mildly she is a walking controversy.

Surely our government has a duty to protect the rest of us from Islamists like Sarsour? Yet Sarsour is not the only dangerous Islamist that the Home Office has ignored. Labour MP Lloyd Russell-Moyle invited to Parliament, and then disinvited, Ahmed Alshami, a spokesperson for the Houthi movement in Yemen. Alshami was due to speak at a Stop the War Coalition event Russell-Moyle hosted at Westminster last Tuesday night.

Despite Russell-Moyle’s absurd protestation that he invited Alshami for ‘peace making’, the Houthi have no intention of doing any such thing. Their slogan is ‘God is great, death to the US, death to Israel, curse the Jews, and victory for Islam’ – not exactly indicative of reconciliation.

Islamists such as Alshami are Iranian proxies in Tehran’s war against Saudi Arabia in Yemen. Their use of landmines has maimed and killed thousands and prevented invaluable aid convoys reaching vulnerable civilians. They have also persecuted Yemenite Jews.

It is a disgrace that a Houthi Islamist was to be feted in the House of Commons, and worrying that Stop The War is freely able to vent its own poisonous rhetoric in Parliament. Its website abounds with conspiracy theories, acrimony about the UK and blood libels dominating its blogs on Israel. Its name is something of a contradiction in terms given its advocacy for war against Israel and shilling for the warmongering mullahs in Tehran.

Letting in one Islamist might be a mistake but two looks like deliberate policy. Last March activists Brittany Pettibone, Martin Sellner and Lauren Southern were denied entry into the UK on the basis that they would not be ‘conducive to the public good’.

Whether these three can be described as far-Right and racist is up for debate. The point is that if the Home office perceives them as a threat and guilty of inciting hatred then surely this same logic must be applied to Sarsour, Alshami and any other Islamist coming to preach their hateful and destructive ideologies in public conferences and universities?

Why such inconsistency? The Home Office must man up and explain it. Otherwise we’ll be forgiven for believing they are fearful of crossing Mend.