NewsPaperthe art of publishing
HomeKathy GyngellHow can the top family judge not believe in the family?
56

How can the top family judge not believe in the family? 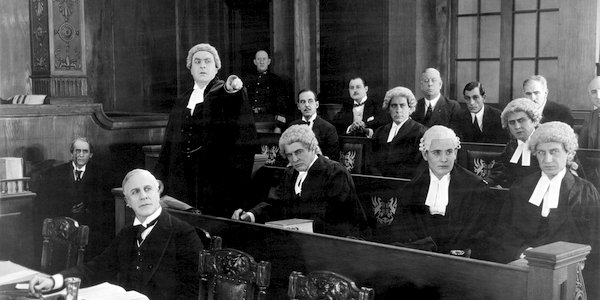 Judges are no longer custos morum (keepers of morals) of the people, and if they are they have to take the people’s customs as they find them, not as they or others might wish them to be – Sir James Munby, speech to the University of Edinburgh Law School, March 2018.

The collapse of the nuclear family is no longer a cause of mild regret but of celebration. Its demise should be welcomed and applauded because of the new reality of single and same-sex parents. So says the head of the Family Division of the High Court, Sir James Munby. It should perhaps come as no surprise from a man who’s made his pragmatism a virtue.

By any other standards it was an astonishing statement for someone in his position; all the more so in a week that saw two alarming reports on the consequences for children of this very collapse of the nuclear family – euphemistically known as family breakdown. Liberally defiant, yes. Socially responsible, no.

Sir James’s assertion of high-minded liberal moral neutrality is not new. He is not the first, nor will he be the last, judge to celebrate the modern libertarian era – to thank God that the perceived function of the judges is no longer ‘to promote virtue and discourage vice and immorality’, or to insist that the present-day judicial task is ‘to assess matters by the standards of reasonable men and, of course, women’. What counts as reasonable being left unsaid.

What, however, is quite unreasonable is that a man with all his erudition and family court experience cannot (or refuses to) connect the collapse of nuclear family with children turning up to school not toilet-trained, unable to speak or to feed themselves. What is unreasonable, to the point of stubbornness, is not to draw the connecting line between the two. What is unreasonable, to the point of negligence, is to celebrate a collapse that’s led directly to a child welfare and health crisis. For, make no mistake, that negligence is exactly what he is celebrating.

It is hard to credit that he is blind to a state of affairs which, far from being reasonable, happens to be cruel to children. But it is easy to hold such lofty liberal views from a position on high, where you personally are not the one affected.

Which perhaps is why so many baby-boomer liberals like him are apparently blind to the closet Marxism they promote – the destruction of the family and its replacement with the State.

Whatever his motivation, I’d be fascinated to know which sociologists and psychologists this head of the High Court Family Division (‘family’ meaning children, too, though he seems to have forgotten) looks to for advice on for children’s well-being. If he does.

Not, I imagine, the authors of this LSE paper, published last year, who used data from the Millennium Cohort Study to plot the trajectories of children born to lone mothers in the United Kingdom to the age of seven.

To summarise it for him, the researchers divided the children into four groups based on their mothers’ partnership trajectories and then set out to analyse how these were associated with markers of their children’s health (by obesity), cognitive development and socio-emotional outcomes:

That means: not so good. Stability, as Sir James must surely know from the work of his one-time colleague, Sir Paul Coleridge, is most closely associated with marriage.

None of this is news. There has been a vast amount of research on the relationship between family structure and child development and it all points one way: to a negative association between the father’s absence and child wellbeing (see McLanahan et al. 2013 for a recent review) – the key characteristic of the families Sir James Munby thinks should be celebrated.

No one who’s read this study would be surprised by the alarming rates of childhood obesity reported last week. To suggest that children make up for family instability with sugar might not be too far off the mark.

Munby’s blindness to such realities avoids him that other unmentionable associated with the nuclear family’s collapse – namely the abandonment of maternal care and nurturing. This was ‘the elephant in the room’ of another disturbing news item last week: the Ofsted chief’s report of the growing number of four-year-olds starting school who cannot talk properly, dress themselves or use a toilet.

Typically, Amanda Spielman adjures nursery workers and day-care staff to make amends for the absence of mothering – without mentioning the taboo word – that these children have self-evidently missed out on. For no one, but no one, will admit to the impact of the devaluation of motherhood on child development. Turned into a poor second to paid work by successive government anti-marriage and anti-family policies, motherhood has been left without any inherent social worth.

No wonder mothers (both poorly educated and even more educated ones) have come to think they need not or should not bother, that someone else can quite as well do the job. They have been taught neither of mothering’s intrinsic value nor of their children’s unique need for them and it. To the contrary, the State’s answer to lone parenthood and female equality is to make women work and to outsource maternal care by expanding day care in a veritable war on what children need most – mothering. As for marriage, its most certain support, at best it is deemed irrelevant.

But learning to talk and use the toilet cannot be offloaded onto the State, though no doubt we will now see these skills added to the early years curriculum. Yet these are best learnt in the context of an intimate and loving relationship between mother (or committed substitute) and child – naturally and at home.

Today the importance and value of such mother care is no longer even up for discussion, as at least it was up to eight years ago.

Needless to say how something is does not make it right. The period that’s seen the collapse of the nuclear family is marked by a catastrophic collapse in child welfare – despite or because of a tenfold multiplication of day-care places (to 721,500 places by 2013, then more than the number of babies born in Britain each year).

It is also the period (over 25 years now, so it can’t all be attributed to social media) that’s seen adolescent ‘behaviour disorder’ problems rocket.

These are correlations that cannot be denied.

This is all pretty unpalatable stuff for adults and parents who believe in their own freedoms and autonomy, I know. But from a judge, surely we could expect more honesty?

Does he not care that ‘blended’ families don’t work for children: that the more ‘transitions’ experienced by a child, such as the arrival of a step-parent, a parental boyfriend or girlfriend, or a step- or half-sibling, the more children are likely to have either emotional or academic problems or both, especially so in the case of boys?

Can he be entirely sanguine about a 75 per cent rise in child neglect cruelty cases in a decade reported two years ago? It seems so.

It is so much easier to accept family change than to challenge it; to say: ‘This is how life is, accept it.’ But don’t try to turn the harsher side of modern liberality into something to applaud. That is not reasonable Sir James. It is dishonest, negligent as well as hypocritical.