NewsPaperthe art of publishing
HomeNewsHow can we tackle this defence shambles?
115

How can we tackle this defence shambles? 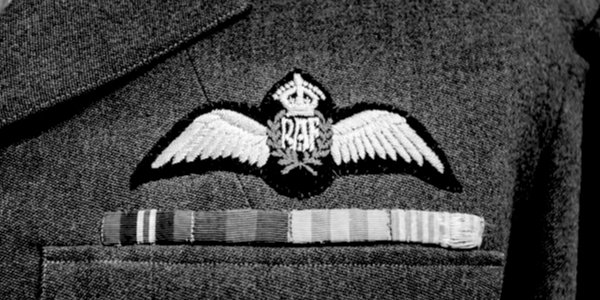 VETERANS of defence reviews are well used to the concept that the reviewed Armed Forces will achieve more with less, being lighter, faster, more agile and having the latest (never quite emerged) technology. This is the process that transformed what were, by pretty much universal acclaim, the world’s most formidable armed forces into the much diminished, failed mess that we have today.

So it’s no surprise that the build-up to today’s Integrated Defence and Security Review is full of promises of technology filling the gaps and having the ‘most capable’ navy in Europe. What is different is that the government is putting more money into defence, although in these days of the magic money tree and the usual MoD opacity on accounting it’s hard to work out whether that’s disappearing into another black hole, or actually sorting out some of the problems.

Be under no illusion, defence is in a mess. The Navy is desperately short of ships, in part due to compromises made to fund the carriers. While the new Type 26 and Type 31 frigates will replace the ageing (seriously ageing) Type 23s, there aren’t enough of them. Nor are there enough Type 45 destroyers. If, as seems to be the case, the government is (rightly) determined to return to global capability, it’s going to need more ships. And that’s before one considers the implications of having to patrol our territorial waters. Fortunately the fix on this is pretty simple and much of the spend will be in the UK.

The RAF has two existential problems. Firstly its hugely expensive F-35s (which it operates jointly with the Navy) are proving expensive to operate. Probably too expensive to use as an aerial weapons platform anywhere other than a near-peer environment. Its Typhoons are cheaper to operate but still – like all fast jets – require huge support to get them over the battlefield. One could argue that delivering land-support firepower could be better done by cheaper platforms, such as attack helicopters. One F-35 costs about the same as six Apaches. And if the F-35s are to operate from carriers, the battle between the Fleet Air Arm for control of all the F-35s will continue.

The RAF’s second problem is that the limiting factor on fast jet performance is the pilot. If you remove the pilot, as envisaged in the ‘loyal wingman’ part of the Tempest project, why do you need an organisation based on pilots?

Of course, the Army is the real problem child, with the problems only part of its making. Warfare is ultimately about who owns the ground, and resolving that gets messy and fills body bags. It also takes manpower, which is expensive to train and maintain. Twenty-five per cent of all defence spending is on personnel, and the Army has 50 to 60 per cent of the armed forces personnel (inevitably, there are complications in how you count it). Far too many of those personnel are dismounted infantry (‘light role’ in the jargon) who go to war in pretty much the same way as their forerunners in 1939 (some would argue 1914). It maintains an ‘air assault brigade’ although it is a very long time since anyone did an air assault. Its armoured equipment is obsolescent, with no clear replacements envisaged. (This is so obvious that even the defence select committee have noticed, although their squeaking does not propose a solution). It pretends to have an armoured division; in reality it’s two weak brigades with little supporting equipment and some capability gaps. Worse, it has never exercised in the field as a division.

There is much talk about deploying ‘new technologies’ to fill in capability gaps. The problem is that the new technologies are not yet available to the Army in deployable form, but the gaps are blindingly obvious now.

So yes, it is wonderful that the government seems at last to be taking defence seriously (‘the first duty of government’ and all that). But there are no instant, easy or cheap fixes.

Worse, if the government machine has failed so dismally with its first duty and, as we have seen, its expenditure on healthcare has not protected the country, how bad is everything else? And how did it get this bad? And what are we, the taxpayers and voters, going to do about it?

Which, I guess, is where Reform UK may have something to say.