NewsPaperthe art of publishing
HomeNewsHow could we produce such a wonky war wagon?
118

How could we produce such a wonky war wagon? 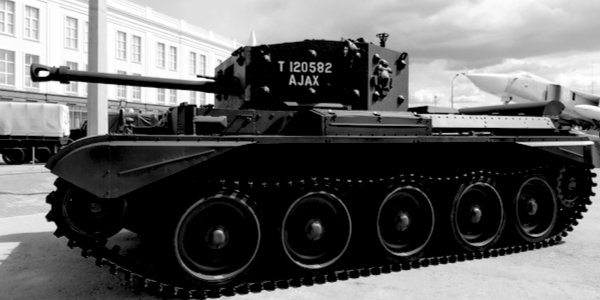 WHAT’S the definition of a camel? A horse designed by a committee. The quip exactly fits the shambolic saga of the Army’s new armoured fighting vehicle, the Ajax.

We taxpayers have so far shelled out £3.5billion on its development but it is now facing the axe, basically because of design flaws that make it not so much a danger to the enemy, but to its own crew.

More than 300 soldiers who trialled the vehicle have been urged to seek medical attention after suffering hearing loss, nausea, tinnitus, back spasms and joint pains due to engine noise and vibration.

The vehicle itself also has worrying problems. Its new-fangled 40mm cannon is said to be unreliable and cannot fire on the move because of stabilisation problems.

It means Ajax is limited to 20mph instead of the 45mph comparable vehicles can achieve – not ideal for a vehicle whose purpose is reconnaissance. It cannot reverse over obstacles more than seven inches high. And, thanks to unscheduled add-ons during development, its weight has ballooned to 38 tons, and now it can’t fit into a transport aircraft.

Ajax’s shortcomings under the rudderless direction of the Defence Ministry have been incisively chronicled here on TCW Defending Freedom by Patrick Benham-Crosswell here and here.

I don’t have Patrick’s military expertise. But, as a layman, I find it infuriating, depressing and scary that, with all the advanced technology at our disposal, such a duff piece of kit can still be the result. Former Defence Minister Mark Francois described Ajax as a ‘steaming heap of institutional incompetence’.

The manufacturer, General Dynamics, says it is trying to fix the problems and the Defence Ministry has said it is committed to the Ajax programme.

They both better get a move on. The Ajax is powered by a diesel engine, and new fossil-fuelled vehicles will be banned from 2030 as part of Bonkers Boris’s Net Zero nightmare.

You can see a future scenario where the Ajax problems have finally been ironed out – but the fleet will have to be recalled to be retro-fitted with electric engines and banks of batteries. And instead of noise and vibration injuries, there’ll be a new hazard for soldiers to face . . . range anxiety.