NewsPaperthe art of publishing
HomeNewsHow do the Rolling Stones get away with it?
0

How do the Rolling Stones get away with it? 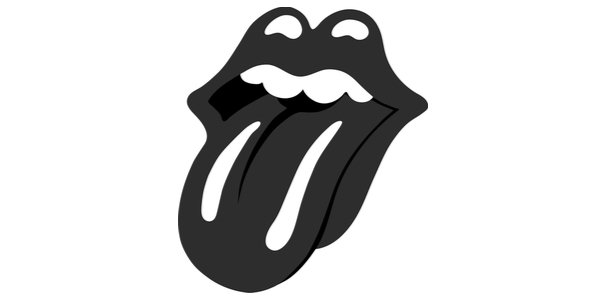 I AM quite calm under lockdown, thank you very much. I have resisted provocation, even from TV advertisements that tell me eight times an hour that we live in strange times, or which repeatedly maintain that we are not an island.

But I have questions.

That bank ad, for example. They must mean Hong Kong island, because it’s for certain that HSBC are doing their best to ensure that Hong Kong develops the closest possible links with the mainland and its prison camps.

Why do the performers who do the voice-overs never say anything disobliging about HSBC? Actors aren’t usually slow to call out wrongdoing when they see it, no matter how stupid it may make them look.

The entire cast of the Harry Potter movies seems to have banded together to join in the condemnation of poor old J K Rowling, who perhaps feels now that she should have put a trans character in one of the books.

Soon I expect the trolls will round on Richard Harris and Alan Rickman, both of whom have declined to call out Rowling over her supposed transphobia. Surely there is no excuse for failure to defend the trans community, even if you are dead.

Daniel Radcliffe – he was the one with the glasses and the scar, if you remember – called for greater efforts in the cause. ‘We need to do more to support transgender people and non-binary people, not invalidate their identities and cause further harm,’ he said.

Mr Radcliffe has expressed the hope that his righteous intervention will not taint people’s views of the books. May I make a helpful suggestion? If he were to take the fees he was paid for appearing in the film series, and anything else he has earned down the years thanks to his Harry Potter role, which I reckon is pretty much all of it, and hand the lot over to a suitable trans charity, I think that would persuade me that the taint has been dispelled.

And here’s the next question: why am I worried about old films and actors who draw their continued celebrity from them?

It’s probably because, unaccountably, Boris has yet to respond to my pleas to end the lockdown. So, let’s be honest, I’m watching far too many old films.

Some enterprising people have tried to make a virtue of what I fear has become a widespread habit. I can only applaud the restaurateurs setting up distanced drive-in movie evenings, with meals brought to you in your car. Very popular, seemingly.

The problem is I can watch Jaws for the 387th time without leaving the house, any night of the week, and order a pizza delivery to go with it, for rather less expenditure. If I want the full experience, I can take the pizza out to my car and watch on a laptop on the dashboard.

I would prefer to be able to follow the lady from the Times, who a few days ago treated us to a description of how one of her musician friends came round with the rest of her string quartet to play Haydn and Mendelssohn in the garden.

My pleasure at the thought was deepened by her assurances that the garden is surrounded by trees and not too close to the neighbours.

Sorry to go back to the old films, but I did hope that perhaps next time she might choose to host the string quintet from The Ladykillers, only less incompetent.

Which brings me to music, and my final question. How do the Rolling Stones get away with it?

Those of you of a certain age may remember a long-ago hit called Brown Sugar, very popular on seventies dance floors, it was. Mentioned all over the BBC’s websites, it is. A BBC TV channel showed a film of them playing it fairly recently, to the best of my knowledge during lockdown, although my memories tend to get a bit hazy at that time of night, thanks to the burgundy.

Thing is, do you remember the lyrics? They deal in general terms with a slave trader’s violent abuse and sexual exploitation of black women, with various other less than woke concerns thrown in.

Harry Enfield, John Cleese, Baden-Powell. You took a hell of a beating.

I could go on. In fact, I will. There’s another Rolling Stones number called Sweet Black Angel, which hymns a radical poster girl of the early seventies called Angela Davis. Professor Davis is now a hatchet-faced Stalin’s granny type who regards Jeremy Corbyn as a ‘beacon of hope’.

Let that pass, and look up the lyrics again. That sort of thing would get Harry Enfield barred permanently from the iPlayer, no two ways about it.

Then there is Stray Cat Blues, the one the Stones didn’t, for some reason, play at Glastonbury a few years back, at the height of the Jimmy Savile backlash, and just as the police were preparing to round up a flock of seventies entertainers for their actual or fictional behaviour.

This one is about young love, and not in a good way, and really does use the line ‘I don’t want your ID.’

Sir Mick, I salute you. And, while I’m in my basement room watching lockdown TV, I’ll examine the pictures of the BLM demonstrators with great care, looking for the one wearing that logo with the red lips and the tongue.