How feminism gave birth to the sex drought 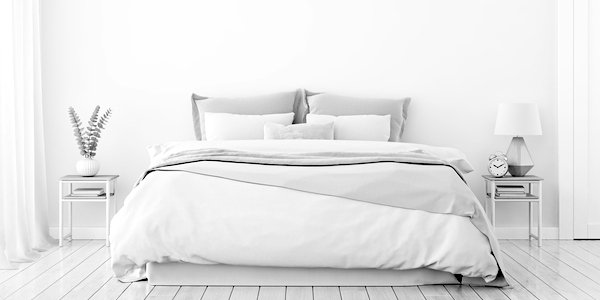 We talk about the big issues here at TCW, and the big issue, the big question today is: Are you getting any? Well, are you? Because it seems, that according to this long read in the Atlantic which was all over social media a few weeks back, and this follow-up in the Times, that many millennials in the US and UK are most certainly not getting any.

There have been a few articles over the last few years about the sex drought. Many people blame social media such as Facebook for said drought, to which all I will say is that neither myself nor my husband has a Facebook account . . .

But you do see the irony? This generation has grown up in the most sex-drenched culture in recent memory. All the old-fashioned taboos were torn down in the great revolution of the 60s, you can reliably avoid pregnancy and STDs, there are hook-up apps, parents are often more liberal than ever, yet millennials are sex-starved. The boomers at least lived off the conservative Christian foundations of the 50s as they burned the whole edifice to the ground in the 60s and 70s. At least they knew what they were rejecting. This generation don’t even have anything to reject.

The Atlantic asks: Why are young people having so little sex? My answer: feminism. They have feminised the men and turned many of the women into whining ninnies who will call Human Resources if even that last living masculine man at work dares to ask you out for a drink. I am told this never happens these days anyway.

In fact, things are so bad that this generation of millennials looks at programmes such as Sex and the City like I view Pride and Prejudice. Miranda is the new Elizabeth Bennet just because she meets her future husband at a bar.

The Atlantic: ‘I mentioned to several of the people I interviewed for this piece that I’d met my husband in an elevator, in 2001. (We worked on different floors of the same institution, and over the months that followed struck up many more conversations—in the elevator, in the break room, on the walk to the subway.) I was fascinated by the extent to which this prompted other women to sigh and say that they’d just love to meet someone that way. And yet quite a few of them suggested that if a random guy started talking to them in an elevator, they would be weirded out. “Creeper! Get away from me,” one woman imagined thinking. “Anytime we’re in silence, we look at our phones,” explained her friend, nodding. Another woman fantasized to me about what it would be like to have a man hit on her in a bookstore. (She’d be holding a copy of her favourite book. “What’s that book?” he’d say.) But then she seemed to snap out of her reverie, and changed the subject to Sex and the City reruns and how hopelessly dated they seem. “Miranda meets Steve at a bar,” she said, in a tone suggesting that the scenario might as well be out of a Jane Austen novel, for all the relevance it had to her life.’

The Times: ‘Penny also thinks the MeToo campaign might have reduced the number of men who feel able to approach her in person. “I think that in the MeToo era, men fear being forward or suggestive due to concerns about overstepping the mark. But when that mark is different for everyone, that doesn’t persuade you things are going to go well, so I don’t think they bother a lot of the time”.’

No, they don’t, Penny: why would they when they have so much to lose and so little to gain? So this is feminism degrading the relations between the sexes even more. This is how it works and we should not underestimate just how poisonous this ideology is.

The truth is men and women are meant to be together (this is why chaperones used to be dispatched with couples in even ‘repressed’ cultures and times), yet fewer and fewer people are getting married, fewer people are dating, and now they don’t even have the energy for a meaningless roll in the hay. I guess stripping the sexual act of all meaning has a downside.

Sadly, I can offer few solutions. All I can say is that if you are married try to be a matchmaker between the last few remaining conservative millennials there are left. It is not fair that they should be denied a fulfilling family life because of the Leftists and the feminists. Sad times indeed.

Share
Facebook
Twitter
WhatsApp
Email
Previous articleA carol a day: In the Bleak Mid-winter
Next articleSteyn damns the Right for giving in on everything that matters