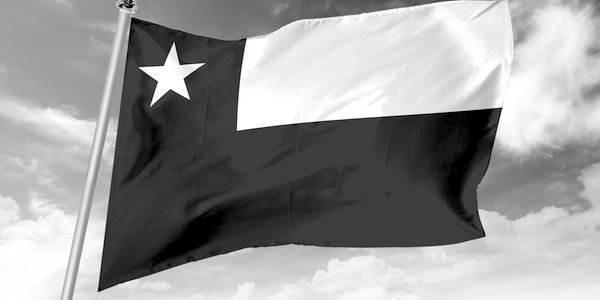 Ideas have consequences. Socialists can be as partisan as they like whilst supporting their favoured political system, they can pontificate and declaim and feel morally superior, but the time inevitably comes when they try to implement their ideal system and reality has a habit of mocking their political pipedreams. And ordinary people pay the price.

Most people are not really interested in the niceties of theoretical debate. We want to know what will feed us and our children, protect what we hold dear and give us a modicum of freedom and satisfaction in our everyday lives. Everyday reality matters to most of us.

Not so political ideologues: for them, reality is a secondary matter. Ideologues will cling to their favoured theory no matter what the evidence demonstrates. Today we still have Left-wing politicians, actors and academics supporting the economic, social and political disaster that is Venezuela.

Some, such as Noam Chomsky, who should know better, even sink to employing the ‘No true Scotsman’ fallacy. Chomsky has said: ‘I never described Chavez’s state capitalist government as “socialist” or even hinted at such an absurdity. It was quite remote from socialism. Private capitalism remained . . . Capitalists were free to undermine the economy in all sorts of ways, like massive export of capital.’

Thus, according to Chomsky, the only truly socialist countries are those which utterly outlaw private enterprise of any description. This would mean that Lenin with his New Economic Policy as a move towards state capitalism was not a true socialist. Let’s hear it for North Korea.

The decline of Venezuela is evident to all who wish to acknowledge reality. That is those who don’t live in Hollywood or send their dues to the offices of Momentum. This decline is all the more vivid when compared with the economic growth in another South American country, Chile.

Chile has been accorded pariah status by the Left. The bloody coup by Pinochet in 1973 and the years of repression which followed ensured that little good was heard about the country. There is, however, one consequence of the dictatorship of which we can approve: the introduction of free market economics.

Venezuela’s supporters usually cite the downturn in oil reserves as the reason why the nation with the world’s largest oil reserves is an economic basket case. Yet other oil-rich nations, whilst enduring the same downturn, are not facing out-of-control inflation. The IMF has forecast that inflation in Venezuela will spiral to 13,000 per cent by the end of 2018, with the economy contracting by 15 per cent, leading to a GDP decline of nearly 50 per cent in five years.

The 2018 Index of Economic Freedom outlines the comparison between nations. Economic freedom is the ability of individuals to control their own labour and property. In an economically free society, individuals are free to work, produce and consume without being constrained by government over interference.

That such economic freedom is the key to unlocking the full potential of the state and its people leading to a better quality of life and higher standard of living is evident from a comparison between Venezuela and Chile.

Chile has higher income per capita, adjusted for inflation and purchasing power parity, than Venezuela. Income per capita has risen from being 31 per cent that of Venezuela, to being 138 per cent of that in Venezuela today. Between 1975 and 2015, the Chilean economy grew by 287 per cent. Venezuela’s shrank by 12.

Chile’s economic freedom is seen in its openness to global trade and investment. Chile benefits from a transparent and stable financial and judicial sector, where there’s little tolerance for corruption. This environment attracts foreign investment, leading to steady economic growth in various sectors. As a consequence of its realistic economic management Chile was invited to join the OECD in 2010.

Nevertheless, there are still those who value ideological purity above all else, for whom the reality of improved life chances is irrelevant compared with a spotless social-political theory. They should consider that economic freedom brings in its train political freedom.

Chile suffered under a severe military dictatorship. But it introduced free market economics and that spelled the end of the dictatorship. Milton Friedman said the Chilean economy did very well, ‘but more important, in the end the central government, the military junta, was replaced by a democratic society’.

As the people of Chile grew richer, they started demanding more say in running their country. In the late 1980s, there was a gradual and peaceful handover of power to democratically-elected representatives.

In Venezuela we have witnessed the opposite. As the failure of socialism becomes ever more apparent, the government resorts to ever more repressive and unconstitutional measures to keep its grasp on power.