How I kicked the smartphone habit 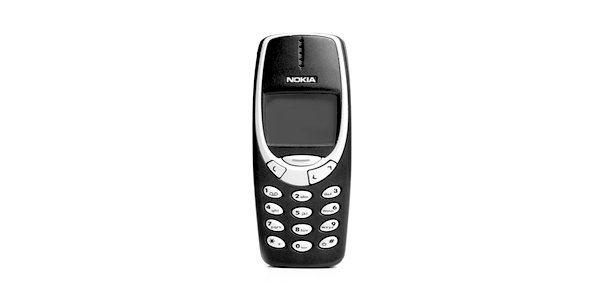 I GOT my first smartphone in 2012, the year I graduated. Throughout my time at university we all went around with coloured bricks labelled Nokia or Ericsson, tap-tap-tapping away at the numbers: tap the ‘2’ key three times for a ‘c’, and so on. A text message cost ten pence and took five minutes to write.

I arrived in Japan for a two-year job teaching English. My colleagues were mostly from the United States where the culture of universal smartphone ownership was taking hold. I resisted for a few months then gave in. The capabilities were too tempting: I could consult a Japanese dictionary in tricky situations, video-call my grandparents from anywhere and use online maps to find my way around unfamiliar cities. Soon everyone back home had them too: communication half a world away was seamless, instantaneous and unlimited. How on earth did I manage before?

Within a matter of days I noticed a marked deterioration of my attention span, as I reached for the thing whenever my mind had an unoccupied moment. ‘That’s strange,’ everyone said with a confused look on their face when I told them this – they’d long forgotten what it used to feel like to have an unoccupied mind. All these fantastic features and capabilities quickly turned out to be a double-edged sword.

Over the seven years since then, smartphone and social media use has become the norm, and the negative consequences are widespread and worsening. Facebook, which I once thought genuinely facilitated social networking, is now a pick-your-own-propaganda news outlet feeding its user-addicts content that supports their worldview and derides that of others. No reasonable person can now deny that Instagram is listening to them – I once remarked that I was in the market for brown winter boots and found the next 20 items in my feed advertised brown winter boots. Twitter long ago gave up the pretence of political neutrality, and even moderate conservatives are regularly banned. The average person now uses a smartphone over four hours a day; the average teenager far longer.

Giving up was hard. Like the alcoholic who claims he can stop any time, I never knew I was addicted until I tried to quit. First, I gave up Facebook – three times. I was pulled back in when I started my own business because it’s now considered essential to advertise there.  The algorithm assumed I was on the Left, and all I saw was Trump-is-evil this, and Trump-is-evil that. As an experiment, I joined some conservative groups. Soon I was in the other online world – the Left were irredeemably demonic, and the Right the incarnation of all that is good and holy. I had a first-hand glimpse of the two very different and divided ecosystems we inhabit online and it frightened me. This tipped me over the edge and I gave quitting another try.

After a few fumbled attempts I was free of Facebook and Instagram.  No longer spending hours a day on my smartphone was to be expected, but I noticed some unexpected changes. Through these platforms’ careful application of behaviourism, like Pavlov’s dog I had been trained to enjoy the dopamine kick of each ‘like’, comment and share – scraps of attention that are rewards for using the platform (‘good boy’, says each notification). Social media had changed the filter through which I saw the world – my mind had been scanning for things that I could share online to be ‘liked’. Without this, the world was mine again. I found that I made different choices, ordering differently in restaurants (no need for a food snap), and buying different clothes (who needs to like them but me?). I even found I was spending my time differently. I did what I wanted to do.

This week I took it a step further and got rid of my smartphone entirely.  A few people begged me not to, but their inability to comprehend how one could live without an iPhone only did more to convince me that I was right. I have a little Nokia again: it’s bright blue, has Snake (I know!) and I’m happy. I can still access the internet, I just do it consciously and intentionally on my laptop, on my terms. There’s no phone pinging away at me, there’s no notifications sucking my energy and attention. I still have to figure out how to replace some of the apps that were useful, but I will – no excuses. My friends and family know that if they want to speak to me they can call – some of them have. And if not, they can still send me a text, and I’ll get back to them, tap-tap-tapping.

Ross McAlpine
Ross McAlpine studied English Literature at the University of St Andrews, where he was a Choral Scholar. He now lives and works in Dundee.