NewsPaperthe art of publishing
HomeNewsHow long before it’s a sin to be white?
0

How long before it’s a sin to be white? 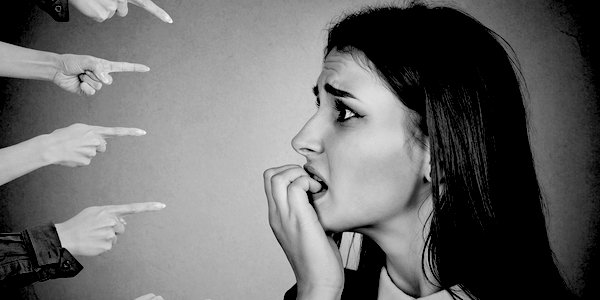 This month, the Australian Senate debated a motion introduced by the One Nation party’s Pauline Hanson that ‘it’s OK to be white’. It was defeated by 31 votes to 28, even though the Senate’s first black African member Lucy Gichuhi voted in favour. Hanson brought the motion in light of a perceived rise in anti-white racism. Her view was that such a statement should go without saying. Apparently not, and so the result suggests it is officially not OK to be white.

You might think Hanson was only saying that people should be allowed to be proud of their cultural background, whatever their colour. But Labour senator Kristina Kenneally accused the governing party of ‘taking a motion straight out of the alt-Right playbook’. If so, those Left-wingers who voted against it have played right into Hanson’s hands, by revealing a latent anti-white bias.

Where on earth did all this come from?

It seems to have started when American bloggers posting on the politically incorrect 4chan website used the phrase ‘it’s OK to be white’. It was designed to trick progressive, Left-leaning Americans into saying the opposite. Right-wing blogger Nick Land tweeted: ‘It’s OK to be white is a brilliant political provocation. Any response other than Of course it is! looks preposterously demented.’ So, in spite of the Australian Senate’s defeat, it looks like one up to the alt-Right.

"It's OK to be white" is a brilliant political provocation. Any response other than "Of course it is" looks preposterously demented …

Bloggers on 4chan first became aware of the phrase when flyers posted on the Boston College campus in October, urging students ‘Don’t apologise for being white’, were taken down for being ‘offensive materials’. 4chan went on to widen the campaign across US universities. Next, a Maryland high school called the flyers ‘an effort to foment racial and political tension’, which gave the bloggers the opportunity to claim that America was being controlled by a multicultural agenda which pushed white people way down the list of priorities, a bit like the Protected Characteristics inherent in the UK Hate Crime legislation.

The effectiveness of this wider campaign stems to some extent from removing it from its context. According to Professor of Rhetoric Christian Lundberg, of North Carolina University, this is one of the most important rhetorical devices – what Aristotle terms an enthymeme – whereby a speaker stops short of making a claim explicitly, counting on the listeners to fill it in. By doing this, he can imply controversial claims, without actually making them. Clever, and with a long-established pedigree. Professor Lundberg’s solution is not to reject the phrase, but to deny the alt-Right ‘the pleasure of the fight’. In other words – sure, it’s all right to be white, but can we now make it OK to be a person of any colour? – what Pauline Hanson was getting at.

If only! This anti-white bias in the US has taken on some bizarre manifestations, including the one highlighted in Wednesday’s TCW article by Laura Perrins, in which Democratic Senator Elizabeth Warren’s claim to be of significantly Native American heritage led to her perceived minority status allegedly helping her secure a place at Harvard. Her claim has been pushed to the news forefront by reference to Donald Trump’s $1million bet, and the release of DNA test results showing that she probably had a Native American ancestor six to ten generations back. Instead of leading to an improvement in Senator Warren’s electoral chances, the news has generated a slew of critical and often hilarious reaction from commentators, many judging her to be beyond stupid.

Tom Luongo goes so far as to suggest her political career may now be over. While Trump started referring to her as Pocahontas, other wits have called her Fauxcahontas, and Lie-awatha, and even the Last of the Fauxhicans. Luongo’s pièce de résistance was to call Warren’s campaign ‘the #MeSioux Movement’. At the same time she was rebuked by the Cherokee Nation for using her insignificant DNA results for cheap political purposes.

The science is now settled – Elizabeth Warren is a fake Indian. A million miles from the plan that would vindicate her and lead to a big victory over Trump. It has been shown that Warren lied. She has no more Indian blood than the average American – maybe even less.

We haven’t quite got that far in the UK, but as Harley Quin commented on Laura’s piece: Leftists eagerly affirm racial descent as something to be proud of, when they have minority status. A white person saying the same thing risks being vilified as racist. (Even arrested?)

The joys of equality and diversity – that notorious oxymoron. As minority lobbies have soared in influence, the reality is that the kind of opportunity now being demanded by the Protected Groups is no longer equality, but superiority, of opportunity. Dangerous – especially if you’re white.

Share
Facebook
Twitter
WhatsApp
Email
Previous articleThe trans movement is supposed to be about freedom. It’s just the opposite
Next articleMigrant-dumping and the hypocrisy of Macron