How low will the desperate Democrats go? 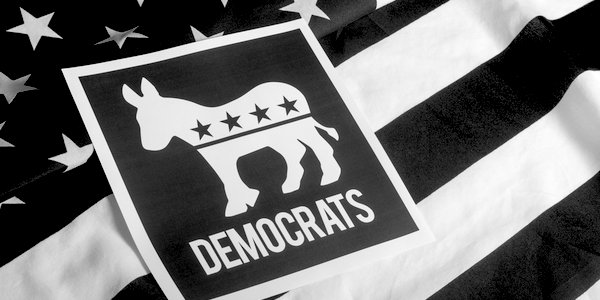 Buckle up for the US Presidential election in 2020 because it is going to be brutal. We’ve always known that the Democrats play hardball, that they play dirty, but what we are witnessing now in the character assassination of Brett Kavanaugh is something new. True, I wasn’t there for Robert Bork, and I wasn’t there for Clarence Thomas, and the last election was tough, but this battle over the Supreme Court nominee is something different. It is a new low.

If the Democrats will try to take down the nerdy Catholic lawyer who had to go on national TV and admit that he was a virgin well into, if not past, his college days, then they will do anything.

Let’s make him out to be an attempted rapist, perhaps we can go full rapist, no, no, gang rape, let’s go for gang rape, then nothing is off the table. Nothing. And this from the party of Bill Clinton and Ted Kennedy. Give me strength.

The next available seat on the Supreme Court will probably be that of Ruth Bader Ginsburg. Not that I’m wishing anyone harm, but she is 85 and there is a chance she will not make it through another Trump Presidency.

The great hope is that Ginsburg goes out under a Democrat presidency. This means the next election is ground zero as far as the Democrats are concerned. It must be won, and they will do anything to secure that victory. The harassment of Republican senators such as Ted Cruz going about their civil life is already being normalised. I expect things to get worse.

It undermines genuine rape accusations, it normalises the abuse of process, and ultimately reverses the burden of proof. One of the foundations of the common law system is the presumption of innocence, and that applies not only to criminal trials but civil life also. It was generally accepted that you could not trash a person’s life, character and integrity without evidence. Now, the Leftists’ rallying cry is #IBelieveHer. No need to examine the evidence, no need to make distinctions: just I believe her no matter what. This is not only dangerous, it is infantile.

People lie. Men lie and women lie, and unless we are returning to a Victorian era idea that women are so innocent and so pure that they would never, ever lie about something as serious as rape, it is time to get real about accusations. Not all are true. You need to make distinctions between cases.

If the man admits to the act and claims it was consensual, but there was an abuse of power, and the acts were recent, and many women come forward, all of which apply to Weinstein, you can make a reasonable assumption that the multiple women are telling the truth.

If there was a course of conduct and the man starts making pretty fine distinctions between what counts as sexual relations and what doesn’t, and it again involves the biggest abuse of power you imagine – a President such as Bill Clinton on an intern – you make a reasonable assumption that what the women are saying is true. If there is corroborating evidence from an event decades old, outside the mere accusation, such as in the case of Roy Moore, you can make a reasonable assumption the accusation is true.

But if there is no corroborating evidence, and the man denies anything ever happened, and a time, date and place for the alleged act cannot be settled upon, and the Democrats sat on the accusation for four weeks, and the political stakes are this high, then you can assume the Democrats are being Democrats and this is a political hit job.

That is called making distinctions. Adults do it all the time.

So, God only knows what the slimy Dems have in store for us for 2020. Just how low will they go? Mark my words, it will be low, it will be nasty and you will spend a lot of time turning off your radio when your kids are in the room. You heard it here first.