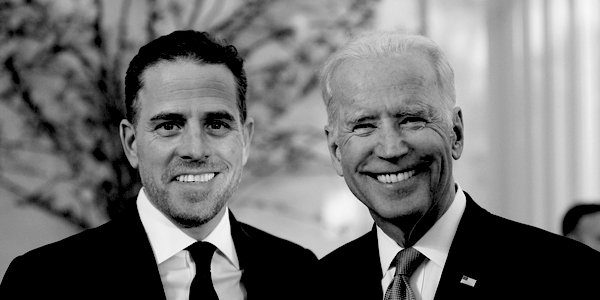 HERE is a broadcast from Sky News Australia’s Outsider programme last Friday on the mainstream media support that got Joe Biden over the line. Correct me if I’m wrong, but I’m sure you won’t have seen such a denunciation of journalism’s collapse into brutal partisanship over here.

Following the refusal of the US courts from bottom to top to examine any of the mounting evidence of election fraud in order to secure Biden’s presidency for him, as discussed by Will Jones in TCW yesterday, the media now finds itself able to report on those dismissed Biden corruption stories.  Funny that.

Sky News Australian host Rita Panahi’s scathing indictment of the US media outlets which ‘act like the ‘Democrats’ propaganda arm’ is a must watch. She shows with example after example how they either ignored the Hunter Biden laptop story or brushed it off as Russian disinformation, despite mounting and verifiable evidence that it was not – including the Biden family’s silence and failure to refute it.

1.    The New York Post broke the story about the former vice president’s son in which emails, images and videos obtained from Hunter Biden’s laptop pointed to a potential abuse of office by the family when Joe Biden was vice president;

3.    ‘If you want to understand why the overwhelming majority of Republican voters don’t believe the 2020 election was free and fair’, you just have a look at how the media – backed by big tech – covered, or rather didn’t cover, the Biden family’s Ukrainian and Chinese dealings;

4.    The ‘so-called respectable’ media ‘refused to cover a legitimate story’ because it would have damaged their preferred candidate and worked overtime to slander an important verifiable story as fake;

5.    Despite the fact that no one from the Biden camp ever disputed the fact that the laptop belonged to Hunter Biden and the emails and images were real;

6.    They didn’t need to, as the media did that for them. ‘The media were willing to do anything to get their man over the line and Joe Biden was happy to repeat the fake news the media created for him during the debates . . .’

7.    Finally, how when ‘real stories that were damaging to his political opponents were buried’ for four years, any story damaging to Trump – for example the Russian collusion hoax or the spying on Trump’s campaign – was elevated  by this same media ‘no matter how flimsy, anonymously sourced or plainly false’.

You have to see and hear her account of the bare-faced lying, bullying and refusal to investigate by men and women who claim to be journalists, to believe it.

And please, Sky News UK, with spaces to fill in your newsroom, can’t you employ Rita Panahi over here? She’s smart, attractive and her independent-mindedness would be a breath of fresh air.