How much sense does this Church splurge make? Net zero 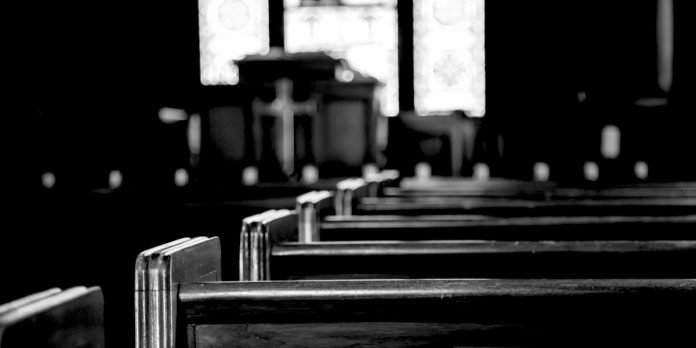 WHEN confronted with the news that the Church of England is to inject £3.6billion into rural parishes, we wait to discover whether it will put its considerable money where its mouth is and actively support rural ministries which to many are the backbone of the established church in England. At a press conference regarding these funding plans, the Archbishops of Canterbury and York, the Most Rev Justin Welby and the Most Rev Stephen Cottrell, admitted that they ‘got it wrong in ignoring the needs of rural parishes’. However, perusing the Church Commissioners’ Annual Report of 2021, it is difficult to find any mention of rural parishes at all.

We may presume that this sudden largesse for their largely forgotten and dwindling rural flock has been provided by a healthy return on the Church Commissioners’ investments. The Church Times reports

that the Church achieved a net return of 13.3 per cent on its ventures in 2021, compared with 10.4 per cent the previous year, with the value of its assets rising from £9.2billion at the beginning of the year to £10.1billion at the end. This means that the level of distributions for the Church’s ministry will rise to £930million in the current triennium, ending this year, and to a whopping £1.2billion in the next triennium (2022-2025). The hope is that this level of funding can be maintained over the following two triennia, amounting to £3.6billion over nine years.

Of the £1.2billion, £426million will be distributed as ‘core funding’ which is considered fundamental to the Church’s ministry and mission. Examples are given of ‘funding for communities with fewer resources’, together with ‘statutory funding responsibilities of the Church Commissioners such as cathedral funding’.

Amongst other things, £226million will be for ‘strategic’ funding, of which £20million is to be targeted at one of the Church’s pet preoccupations, that of addressing perceived racial injustice. We are asked to consider our contested heritage with more gobbledygook and woke boardroom speak concerning ‘stakeholder engagement’, with offers of advice and support to ‘numerous churches now confronting the complex challenges of the past and the reality of its impact on the present’. In other words, precious time and resources spent rooting around church memorials to some local village worthy whose ancestor might have bumped into somebody who once owned a slave plantation 300 years ago. A farcical exercise in political correctness, suggestive of a Monty Python sketch, which we have sadly come to expect from a hierarchy obsessed with identity politics and acquiescing to the far Left who seek to destroy this country’s heritage with all the myopic zeal of the Spanish Inquisition. Since the church’s own ministry statistics from 2019 state that 7.8 per cent of ordinands beginning training identified themselves as from ethnic minority backgrounds, which compares with 3 per cent of the population as a whole, why do they obsess about ethnicity when the Church already reflects greater racial diversity than the general population?

Unsurprisingly, for an organisation of fully paid-up disciples of the apocalyptic cult of climate change, another £30million is provided for the mania of achieving a 2030 target for net zero carbon emissions. To understand the level of current emissions, this is provided with something called the ‘Energy Footprint Tool’ which apparently showed that more than 80 per cent of an average church’s energy goes on heating. Anglicans will be relieved to know that one in 14 parish churches now reports net zero emissions. Some clerics have taken up the roles of ‘lead bishop for buildings’ – what a pity that did not include keeping them open during the pandemic.

As we contemplate the demise of the national Church under the insipid leadership of Archbishop Welby, a correspondent in the Daily Telegraph  pointed out that the way to help struggling parishes was best delivered by reducing the ‘daily burden of the Common Fund of diocesan payments’. This has fallen on deaf ears, with dioceses preferring to spend sums on non-job creation schemes such as ‘faith enablers’ when most people believe that is the job description of a vicar if they are lucky enough to have one.

For a hierarchy who simply submitted to every government directive during the recent pandemic, and who think nothing of wading into the political rows of ‘Partygate’, it conveys the impression of dismissing rural parishioners as little more than a bunch of reactionary Tory dinosaurs at prayer. Anyone familiar with the old adage of ‘the proof of the pudding is in the eating’ could be forgiven for thinking that this particular dessert is rancid.