How our Soviet-style planning system makes the housing shortage worse 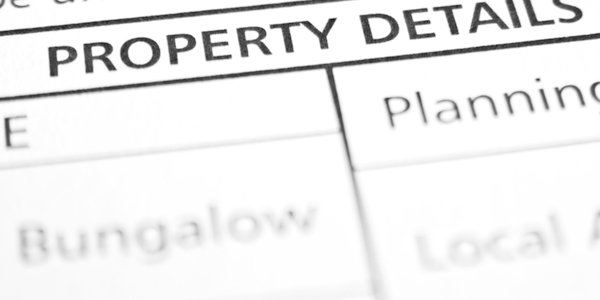 THE United Kingdom has a housing crisis. Demand for homes outstrips supply. The role of the Housing Minister, Kit Malthouse, is to focus on supply. Yet today the poor bloke has been called before the ‘House of Lords Committee on Intergenerational Fairness’ to answer the following:

The Committee will ask Mr Malthouse how housing inequality is contributing to intergenerational imbalances and whether government policies to alleviate young people’s concerns about access to housing have focused too much on subsidies for first time buyers rather than support for tenants. The Committee will also question Mr Malthouse on how the Government is planning housing provision for an ageing population, as well as how Government is supporting and encouraging community initiatives.

An additional question is: Can the Government do more to support community initiatives that bring together different generations?

The phrase ‘fiddling while Rome burns’ applies. How is any of this focused on increasing supply? Of course the answer is that it’s not. It’s tooth-sucking, paper-shuffling, stifled yawning, sneaky glances at the watch . . . It’s sclerotic government at its worst. In response to a similar meeting in October, I outlined two options that the Lords could recommend to the government to help address the housing crisis: reduce stamp duty and release state-owned land for housing.

Now here is something else they should consider. The charity Create Streets, working with the Legatum Institute think tank, has come up with an important contribution to sorting out our housing crisis. They have published a report which looks at how our planning system places an enormous drag on housing supply.

Here are some statistics from the report that illustrate the state of our housing market:

Here is something significant which I hadn’t thought about before. The UK has a very low ratios of homes to households. There are 0.99 homes per household. France has 1.18. Ireland has 1.18. Denmark has 1.19. This means there is no ‘slack’ in the UK system. To see how important slack is, imagine an island community with one hundred households and one hundred homes. With no slack, no one can move. One house becomes available – and its price goes through the roof. If you add in some complexity, such as people wanting to live in different types of houses and in different areas, you can see that you need quite a bit of slack for a market to flourish effectively, and for people to be able to find and afford the types of homes they want. (This is also why stamp duty reform is so important – bringing more properties on to the market.)

Now Create Streets has drawn attention to the Soviet-style nature of our planning system. It seems so obvious when they point to it, but we have got so used to it that we have forgotten it could be otherwise. Create Streets says: ‘Unlike every other prosperous planning system, the British system nationally is not rules-based but instead takes a case-by-case approach.’ That’s right. Every single planning application has to be ticked through by planning officers. Across the country, vast virtual queues of individuals and developers form while overworked planning officers peruse case after case after case. If there is a problem, you are back in the queue, half the time struggling to understand where you have gone wrong.

The report says of our system: ‘It is more discretionary with much lower levels of clarity about what is and is not acceptable. This leads to a slower and less streamlined process where debate takes place at each individual decision rather than strategically.’

Not only does this process slow and restrict supply, but it greatly increases the cost and the risk of entering the process. This creates a major entry barrier to smaller developers. ‘It is not an accident that the UK has a consistently and increasingly more concentrated development sector. In Britain about 10 per of homes are built by self or custom build (versus a European average of 50 per cent); and 34 per cent of the construction market is made up of smaller firms. (In Germany, it is 50 per cent, in Denmark 73 per cent).’ That explains the boring nature of the new developments you see – what I call the ‘International Bland’ style. Only large developers can effectively manage the risk of entering the system, and then to manage costs they inevitably go for safe cookie-cutter styles – uncontroversial enough to get through planning, but adding no beauty to our public realm. Notice a lack of idiosyncrasy, flourish, flair in our new buildings? Here is the explanation.

The report advocates replacing our system with one which would require strict adherence to a clear but limited set of rules. If the rules were followed, approval would be a matter of course. Everyone would have visibility and clarity about what is allowed and could design and plan accordingly. Obviously these rules would differ in different areas and circumstances.

I was a councillor in the London Borough of Hammersmith & Fulham for four years until May. When I became a councillor there were large empty sites in my ward. They are still empty today. Developers have come, battled with the planning system, given up, sold on. Residents gear up for the next round of engagement with an anonymous large developer. Huge energy is expended; the sites remain vacant.

Create Streets has identified a core problem. The planning system is broken. It would be fantastic if the House of Lords Committee – and Kit Malthouse – take notice. Any reform should be focused not just on speeding up housing supply. It should also look at how smaller local developers can more easily engage with the system. And it should also look at how, at last, we might build more beautifully again.

Share
Facebook
Twitter
WhatsApp
Email
Previous articleA carol a day: O little town of Bethlehem
Next articleDesperately seeking racism – how the Guardian gets it all so wrong