How the Energy Minister failed his MOT 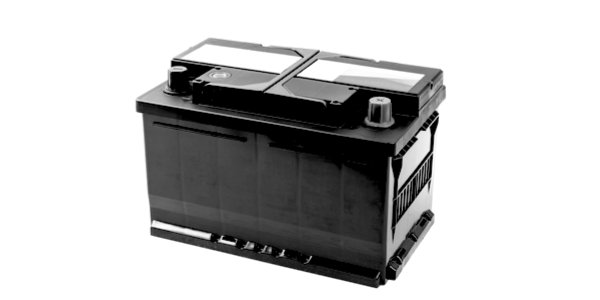 LET me start with an anecdote. It’s relevant so please bear with me. A friend needed an MoT on his 4×4. We’re a working village and many of the big Range Rovers and Toyotas you see are working vehicles, not status symbols. This one has had a hard life but it does the job. Drive from home, into the garage, up on the ramp. There was a problem. It registered only vanishingly small levels of NOX and particulates, so obviously the test kit had failed. It had to go back the next week after the machine was recalibrated.

Drive from home, into the garage, on to the ramp. No NOX, no CO, no HC, no particulates, or at least levels too low to measure. After much discussion and head-scratching the car was put to the back of the queue and tested again at the end of the day. Start up, on to the ramp: normal and perfectly safe emissions.

The tester hadn’t been told that this was a conversion, a petrol engine which starts on petrol and then, when it is warm, runs on compressed natural gas. The first two tests had been carried out on the engine at working temperature when it was so non-polluting that it didn’t even register, the third when it was cold and running on petrol.

This is how we could convert carbon-rich machines, cars, central heating, if we frack our own natural gas.

One of the oddest experiences of my life was a brief conversation I had with the then Minister for Energy and Climate Change. Well before his appointment we had corresponded about wind turbines and the desirability of replacing the oil and coal used in the UK energy mix with the low-carbon alternative, natural gas. I knew he was an Oxford man, first-class brain. My respect for the ancient universities, those cities of dreaming spires and atom smashers, used to be unbounded: I imagined ancient halls and lecture theatres filled with eager students, their wise philosopher-lecturers equipping them with the mental tools to tackle any problem and any positions of power their undoubted intelligence entitled them to occupy. As the years have gone by I have discovered that this respect is in many ways unjustified.

Before my disillusionment I would have expected a Minister of the Crown to be on top of his brief, to be fully au fait with the pros and cons of various energy mixes. The replies I got were essentially just the party line – renewables good, wind farms good, CO2 the devil’s spawn, you can imagine the sort of thing – regurgitated no doubt by some lowly spad and submitted for the great man’s hurriedly scribbled signature. However, even before his appointment to higher office, it seemed to me that he was failing to grasp the opportunity that an abundant, low-carbon and clean fuel would present to our industry, our environment and our prosperity.

Cut to a meeting in my nearby town which the great man was to address. Seeing me – he is punctiliously polite – he came to shake my hand. ‘Julian, great news. Solar power, solar’s the thing. Panels are really cheap. We can put them on roofs . . .’

‘Yes, Minister. But you’ll still have to store the energy.’

For a second, for a revealing second, his face went blank. I realised that he didn’t know. The Minister for Energy didn’t know that you either use electricity at once or you have to store it in a battery or up a hill or . . . well, there are a few options, none of which is very efficient. He had not been briefed.

He has moved on, leaving behind another ‘renewables good, carbon bad’ parrot, another Conservative minister whose policies will weaken the UK and make the years ahead colder and darker than they need be.

Which brings me to the Mail on Sunday.

Ms Engel says: ‘We have the evidence, but the only thing that’s stopping a review is the Government. Yet [Energy Secretary Greg Clark] is refusing to budge and time is running out. If the Government continues to listen to campaign groups rather than science, then he is effectively putting an end to fracking in the UK.’ She adds: ‘Firms have invested hundreds of millions of pounds. They did all this on the basis that Government policy would be rational, that it would be scientific. But it’s not.’

Remember the MoT test: clean air in our cities, low carbon, lower burden on the NHS from pollution-related diseases. Remember the cost of foreign oil and gas: balance of payments benefits, less CO2 produced from moving the stuff around.

Rational, Ms Engel – this lot? That would involve facing down the activists, standing up for the little people who don’t march and shout, who just get on with their lives. And it would also need the Minister to be on top of his brief.