NewsPaperthe art of publishing
HomeBrexit WatchHow the EU has played us for fools – the damning documentary...
238 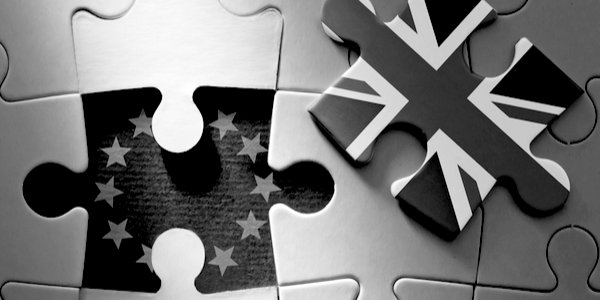 IF NIGEL Farage had commissioned a party political broadcast to expose the arrogance of the European Union elite, he couldn’t have come up with anything as damning as a documentary shown last week.

Iain Martin’s summing up of Britain’s Brexit capitulation terrifyingly revealed by the BBC’s ‘fly on the wall’ documentary nails it.

The two-parter by Belgian film-maker Lode Desmet, entitled Brexit Behind Closed Doors, is available to see here and here, and here on YouTube too. Whether you are preparing for the upcoming EU elections or are undecided whether to bother to vote, these programmes should be required viewing for everyone.

Nigel Farage has been an elected MEP since 1999, but now says he comes out of "semi – retirement". As I already warned in 2012, the biggest waste of EU resources is Nigel Farage's salary. Why would anyone re-elect him to this role? pic.twitter.com/fwsAEu8kzr

as he went about his business as the EU’s Brexit co-ordinator.

The context of this broadcast is the refusal of Parliament – for whatever the multiplicity of reasons – to accept the EU/May Withdrawal Agreement, which is not a deal with the EU but rather the UK agreement to undergo what the educationists might call ‘special measures’. These include control of our economy, a vast payment of £39billion, acceptance of the European Court of Justice and all laws passed by the EU with no say in them nor veto over them. Just in case readers need a summary of this extraordinary document being pressed on the UK by the EU via Mrs May, see Caroline Bell’s post on Briefings for Brexit, ‘Seven Deadly Sins’.

More than anything the documentary confirms how desperately the EU fears a No Deal Brexit. The thread running through both parts is the total victory of the EU in fooling the UK into agreeing to the WA and the rage of EU officialdom at Parliament’s rejection of it.

A quotation of Churchill comes up on the screen near the start of Part One: ‘The art of diplomacy is telling people to go to hell in such a way that they ask for directions.’ It pretty much sums up the aim and success of the EU in herding the UK – still resisted by decent MPs – into the trap of the WA and thence to a very bad deal indeed. Underlining the success of the EU in this ‘negotiation’, both Parts 1 and 2 ended with two of Verhofstadt’s aides gleefully shouting at camera: ‘We turned them into a trade colony, and that was our aim all along, under our terms and conditions’.

MPs such as Rory Stewart and Michael Gove, along with the Ruddite Remainer caucus in the Cabinet, really need to watch this excruciating exposé of their country’s abject capitulation and the EU’s massacre of the UK, effected with so little effort and even less resistance. These members of Her Majesty’s disloyal Government and the equally disloyal Whitehall are part and parcel of this great failure of the British state.

As Gerard O’Donovan describes it in his Telegraph review, at no time did the Europeans look to be anything other than in total control: ‘From this European perspective, confusion and incompetence looked to be the UK’s chief negotiating strategy, with Barnier [Michel Barnier, the EU’s chief Brexit negotiator] able to report privately to Verhofstadt after the opening round of talks that poor preparation on the part of the UK team had allowed the EU “to set both the tone and the agenda”. . . From the high ground of 27-nation unity, they looked down on a British government that couldn’t even unify itself and, despite the high stakes, they were frequently moved to derisive laughter. As they saw it, they had no need to out-negotiate Britain – the British government was doing too good a job of that itself.’ It is a devastating but absolutely correct interpretation of this documentary.

Mrs May, our Remainer PM, was never convinced enough about Brexit to drive for the coherent strategy needed to face the brutality of Barnier, needed too from our rabidly Remainer Civil Service.

Part 1 ends in December 2017. We see the UK successfully harassed and bullied by Barnier’s time and content sequencing of the talks into ‘making sufficient progress’ towards an agreement to leave, with the ‘clock ticking’. As we now know, that clock was a device for an EU determined at all costs to avoid a No Deal exit and happy to extend deadlines as long as needed to that end.

We also get an insight into the blame-dodging on the EU side over their picking open the historic tension between Eire and Northern Ireland, incipiently healed by the Good Friday Agreement. The GFA is not mentioned by Verfhofstadt as he tours the border and claims the EU as the impetus for peace. As Ambrose Evans-Pritchard (whose great-great-grandfather was an Irish separatist who fled to France after being sentenced to death by the British) has explained, the EU has exploited Irish sensitivities to shut off Britain’s negotiating options ‘to shoehorn us into a customs union under EU legal and regulatory control’. His own view of Brexit, he says, hardened drastically when it became clear this was the strategy.

On to Part 2 of the documentary. Dominic Raab has replaced David Davis as Brexit Secretary, and tells Barnier that the Irish border would be an EU problem, not a British one. Barnier retorts this has already been agreed by May, and Robbins backs him up. Raab backs down.

May’s 2018 Florence speech is also mentioned as a cave-in to EU positions, although her military giveaway in the speech is ignored. Also interesting is the insight it gives into May’s Chequers attack on the Brexiteers in her Cabinet. The EU did not like it but promised to keep that quiet from the British public. EU officials are recorded saying they would have pretended not to have rejected it till it suited them. At Salzburg the world’s press saw the clueless May hung out to dry by the EU, ridiculed and helpless, broken by Barnier’s single-minded pressure.

When we get to the last seven months and the threefold rejection by Parliament of May’s WA, we see the EU’s violent reaction, Verhofstadt and his team swearing and cursing at this disaster for them. ‘How dare they resist?’ is the clear message of their rantings. Barnier thinks it may be a deliberate tactic of May to get the EU to renegotiate. In our dreams.

Little did he understand that No Deal is as much anathema to Sir Oliver Letwin and those ideological Remainers who sabotaged that option as to the EU, and that they were allies of the EU in its campaign to thwart Brexit.

In an introductory interview with the BBC World at One, Lode Desmet said that before the negotiations the EU were scared of the UK, its formidable record in diplomacy and power, its history of success. But once talks started the EU were astonished at the utter incompetence and lack of single-mindedness of the British as they surrendered on all fronts. That is our government, in the appeasement tradition of Neville Chamberlain.

Verhofstadt predicted May’s sacking when he heard of the first rejection by Parliament. Alas, the Conservative Party has proved less principled and more hapless than anyone could have conceived. The PM and her ludicrous Cabinet totter on towards the autumn ‘deadline’ and Halloween, the grotesque living dead sucking the life out of everything they touch. Desmet’s documentary is funny, disturbing and a total condemnation of May and her administration.