How the green ‘civil society’ lie is killing off democracy 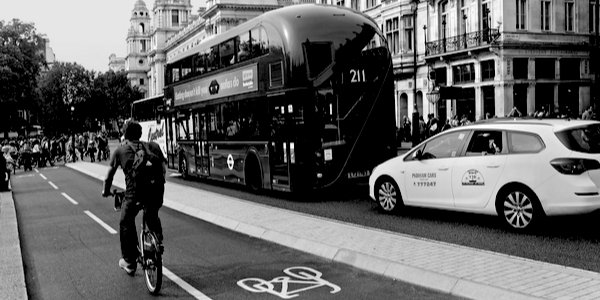 LAST month Alok Sharma, the secretary of state for business, energy and industrial strategy and COP26 president (COP26 is the annual UN Climate Conference), gave a talk to the Green Alliance which consisted of a lot of wet Westminsterese green policy fluff.

Amid the ocean of jargon was a candid expression of what has always driven my climate scepticism: the description of green politics as a compact between government, business and what has become known as ‘civil society’.

‘Civil society’ is a jarring term that a class of individuals and organisations have chosen for themselves, which seems to set them apart from the rest of us – they being more ‘civil’ than us, you see. It is not merely a divisive term – it describes the fact of post-democratic society. On many a greenish view ‘civil society’ sets the rightful political agenda and holds governments and businesses to account.

One problem with this tripartite formulation is that, as is fairly easy to discover, nearly all ‘civil society’ organisations that act in the formulation and enforcement of climate policy are funded by very few businesses and billionaires, typically hedge fund managers. There are in far fewer benefactors than there are beneficiaries. In other words, a few super-rich businesses, styled as ‘philanthropists’, are holding governments and businesses to account. Yeah, right.

I am not willing to accept either this form of politics or the degradation of democracy. I think it is corrupt. And I think the fact of this corruption is revealed by the fact that ‘civil society’ and MPs are entirely aware that ‘uncivil society’ does not share their green ideology. In the full knowledge that the public is not interested in the green agenda, politicians and ‘civil society’ have pressed ahead with it all the same. They have sought ways to ‘build a mandate’ for the agenda – and our economic ruin and loss of freedoms – without asking voters for their view. This search for a ‘mandate’ amounts to nothing more than convincing themselves of their own lies, including the notion that they are ‘saving the planet’, and funding numerous green organisations, lobbies and pressure groups.

This video I have made only scratches the surface of that corruption. More is to follow . . .

This is the transcript:

This man is Alok Sharma, Member of Parliament for Reading West, UK secretary of state for business, energy and industrial strategy, and president-designate of the upcoming UN Climate Change conference next year in Glasgow, hosted by the UK government.

The title of his talk is ‘Working together to put us on course for a clean resilient age’. And not much of what he says in his talk makes much more sense than the title, either.

Except for these words:

‘Because I do believe we are at a vital inflection point. Where the views of governments, businesses and civil society are coalescing in a determination to tackle climate change.’

This formulation of governments, businesses and ‘civil society’ organisations working together has been at the core of the climate change agenda since its inception.

At first glance, it sounds like a positive alignment of different parts of society working together towards a common goal.

The problem is that whereas politicians, businessmen and political activists might agree on things, the rest of society – the public – has been left out of their agreement.

Political parties, businesses and advocacy organisations have agreed that we should reduce our CO2 emissions to net zero.

But their agreement has not been achieved through transparent, democratic, and open debate with the rest of society – the people who will have to pay for it, through taxes, increased costs of living and restrictions on material freedoms.

What if we disagree with them about the problem of climate change and how best to deal with it?

And what if we think that the agreement between governments and private and special interests may not have been made in our interests?

At issue is the fact that Britain’s Net Zero agenda will be the most expensive political project in history. It will cost the public many trillions of pounds.

Domestic gas boilers will be abolished, and homes will need to be retrofitted to make them compliant with new legislation, costing each household tens, perhaps hundreds, of thousands of pounds over the coming decades.

It will put huge restrictions on people’s ability to travel, by banning the car, and making private transport and flight unaffordable for most people.

If this radical agenda – which is highly dependent on expensive, uncosted and unproven technology – goes wrong, it could plunge Britain into an endless economic depression.

Alok Sharma, businesses, and the Green Alliance do not believe that the public needs to have a say about their political project.

We can know this because the Green Alliance’s own research reveals that the public are not interested in the climate agenda, and that politicians know this too.

One MP told the Green Alliance, ‘I can’t remember the last time I was asked about climate change. It’s very rare to be asked about it.’

The report concludes that MPs ‘report limited interest from their constituents, and indicate that they need to find ways to make climate action relevant to the daily lives and concerns of the electorate’.

The report, published at the end of 2018, is called Building the political mandate for climate action.

It acknowledges that the climate lobby has failed to persuade the public and to win a democratic argument.

They knew that if the public were given a vote on the draconian Net Zero agenda, it would be rejected.

They needed to find a way to create a mandate for their agenda without asking the public.

But there is only one way that a ‘political mandate’ can be ‘built’ in a democracy.

It is given, by the public, to politicians, at elections.

The public decides which parties should form a government, based on the principles and ideas those parties offered to voters.

In this way, politicians and governments are accountable to the public.

But Alok Sharma thinks he is accountable, not to the public, but to ‘civil society organisations’ . . .

But what are civil society organisations?

Alok Sharma says that organisations such as the Green Alliance can help to keep a check on governments and businesses.

Sharma: ‘Civil society is quite rightly holding a mirror up to the actions of governments and businesses.’

But the Green Alliance is nothing more than a business lobbying organisation.

Most of its funding comes from billionaire hedge fund managers.

Its clients include many global corporations.

Before the 2015 general election, the Green Alliance asked political party leaders to sign a pledge committing their parties to work together, across party lines, to agree to ‘carbon budgets’.

The leaders agreed, re-affirming a commitment that had been in effect since the mid-2000s.

By agreeing not to challenge each other on the most far-reaching, expensive and risky policy agenda in UK history, politicians agreed not to allow the public a say about the policies that would affect their lives.

It meant that no matter who the public voted for, the policies would be exactly the same.

By pretending that government is being held to account by ‘civil society’ organisations which advocate for urgent causes like saving the planet, politicians believed they could avoid the public.

But ‘civil society’ is a lie. It is a figleaf for the wholesale dismantling of democracy – the removal of political power from the public.

In reality, organisations like the Green Alliance are the voice of powerful private and financial interests.

They claim to be saving the planet. They may even believe it. But that doesn’t mean they’re not corrupt and dangerous ideologues. 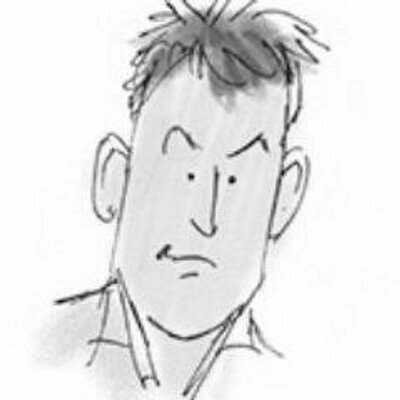