How the Left have driven up the knife crime epidemic 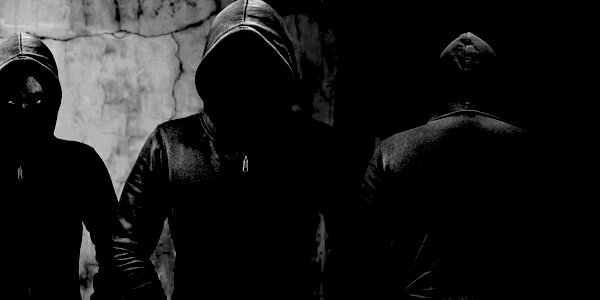 It is reported that children are buying stab vests to protect themselves as knife crime reaches its highest-ever level, particularly in London.

About 69,000 under-16s were severely wounded in England and Wales in the 12 months to June 2018, either in a knife attack or another violent incident. In the search for explanations for this unprecedented breakdown in law and order in the once-safe United Kingdom, the all-party Parliamentary Group on Knife Crime has suggested that the reason is that more pupils are being excluded from school and are vulnerable to being groomed into violent crime by gangs.

There is no question that pupil exclusions have risen dramatically. The number of permanent exclusions from secondary schools in England rose from 3,905 to 6,385 in the four years to 2017, an increase of 64 per cent. Temporary exclusions rose from 215,560 to 302,890.

Pupils who are permanently excluded because of bad behaviour are meant to go to a Pupil Referral Unit (PRU), but successive governments, both national and local, have failed to provide enough PRU places. In many parts of England, there are simply not enough of them, and in some areas they do not do a good job.

This is partly a consequence of the ideological drive to pathologise bad behaviour. Until recently, badly-behaved children were described as badly-behaved, but that is now politically incorrect. Badly-behaved children are now referred to as having ‘mental health problems’. Guidance from the Department for Education categorises ‘conduct disorders’ (e.g. defiance, aggression, anti-social behaviour, stealing and fire-setting) and ‘Oppositional Defiant Disorder’ as mental health issues alongside depression and self-harm.

As bad behaviour is turned into a mental health problem, corrective discipline is disappearing. Traditional morality acknowledges the existence of good and evil and personal responsibility for our actions. Families have a crucial role in disciplining their children so that they know what is good and bad, and choose to do good. But the Christian moral framework and family structure which was once taken for granted has been systematically dismantled and replaced with the post-modern moral framework. Here everything is relative and there is no absolute right and wrong; bad behaviour is caused not by sinful choices but because society is institutionally racist/sexist/classist/etc. Children who are badly behaved are seen as needing help rather than discipline. The result is that they are often kept in mainstream schools for ideological reasons, when it would be far better to open more PRUs which can deal effectively with extreme disruptive behaviour. This would also be better for the majority of pupils whose education suffers and teachers who are losing the means to discipline children with bad behaviour as education has moved from being teacher-centred to child-centred to snowflake-centred.

This understanding has been missed by statists who have jumped on the thesis that rising crime is caused by increasing pupil exclusions without looking at what is driving the rise in exclusions. However, correlation is not always causation, and there is another much more obvious root of both factors, which is the epidemic rate of family breakdown and fatherlessness.

It is well known that children who grown up in a stable, loving family with a mother and a father do better in every metric, both as teenagers and as adults. Boys who do not have a father around when they are teenagers have a much higher chance of getting involved in crime. This is summed up succinctly by the author Warren Farrell who says of boys without fathers: ‘These boys have no positive male role models. That makes them vulnerable to strong, destructive alpha males like gang leaders or drug dealers.’

Even some of the teenagers who get involved in gangs concur. In a revealing interview, a number of teenage boys involved in gangs in London spoke about the commonplace lack of a father in their lives, which leaves the door open for aggressive hyper-masculine gang recruiters to fill that space and groom them into gang membership.

He also referred to the ‘success’ of Scotland’s programme of addressing knife crime as a public health issue. Homicides fell in Scotland by nearly 50 per cent from 2007 to 2014. However, as Simon Marcus has pointed out in TCW, this was when Scotland had a high level of stop and search. After Scotland reversed its policy in 2016 and cut levels of stop and search, street and knife rebounded in less than a year.

The fact is that the real public health issue is family breakdown and fatherlessness. It not only leads to depression, self-harm, lower educational and employment outcomes and increased involvement in crime for children affected, but it is estimated to cost the country £48,000,000,000 per year.

Unless true conservatives have the courage to speak up and reject the politically correct notion that all family configurations are equal, and elect leaders who will address family breakdown and fatherlessness, societal breakdown will continue to worsen. The state can never provide the love that parents give their children, and no amount of technocratic box-ticking will give children the boundaries and discipline they need.

The root cause of youth crime is clearly not a rise in pupil exclusions; they are both symptoms of a much broader and deeper malaise – the rejection of our Christian moral framework, and a concurrent breakdown of the natural family structure of a father, mother and children. It is notable that Eastern European countries such as Hungary and Poland are rejecting neo-Marxism and post-modernism. Hungary’s Prime Minister Viktor Orban speaks of building a conservative, Christian democracy for the 21st century. Traditional culture and the natural family are thriving in eastern Europe, and their nations are safe and growing again.