How the Left twisted self-defence into ‘white supremacy’ 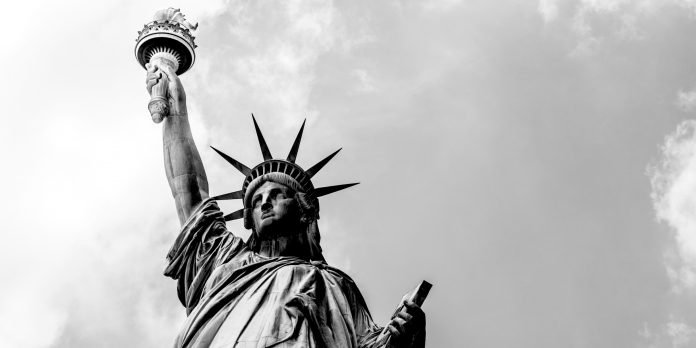 FIFTEEN months after shooting and killing two men and wounding another in Kenosha, Wisconsin, Kyle Rittenhouse has been acquitted of homicide and attempted homicide. The jury found that the then 17-year-old acted in self-defence after being attacked by BLM rioters.

Since last August, coverage of the trial has demonstrated to all the mendacity of the mainstream media. Slanderous attacks on the boy’s character and deceit through omission has been the mainstay of reporting. The media were desperate to portray him as a vigilante

who travelled to Kenosha with the sole intention of shooting rounds into BLM ‘protesters’ for the hell of it.

Yet, the jury confirmed that he shot in self-defence. Perhaps he got lucky – or perhaps it is just an indication of the kind of lowlife that attend such events – but the two he killed were among the lowest of the low: a paedophile found guilty of violently sexually abusing five children and a serial domestic abuser.

Rittenhouse was routinely described as a ‘domestic terrorist’ (which has become a catch-all term for anyone on the Right who dares question the prevailing liberal hegemony), and even President Biden labelled him a ‘white supremacist’. The jackpot slur of ‘white supremacist domestic terrorist’ was quickly dropping from the lips of those wishing only for further racial tensions.

With any luck, Rittenhouse will clean up on lawsuits. Taking all those who slandered him to the cleaners should mean that he can retire comfortably at the tender age of 18.

For months media outlets have repeatedly pushed the fact that Rittenhouse ‘crossed state lines’ to get to Kenosha, Wisconsin, implying that he had travelled many miles to stir up trouble. He hadn’t. His Illinois home town is directly on the Wisconsin border. Many of his family members live in Kenosha.

Perhaps more fundamentally, crossing a state boundary is not a crime. Nevertheless, this dishonest argument has become a meme of the Left. It is invokedwith the implication that if he had just stayed home, those two men wouldn’t be dead. Applying the same logic, had they not been rioting and assaulting strangers defending property, again, they would be alive.

Moreover, the deployment of this argument is the perfect display of the duplicitous logic of liberalism. We are forever told that national borders are illegitimate and that a borderless world is globalism’s objective. Yet when a teenager crosses an internal border to stop thugs from rioting, suddenly such geographical demarcations are sacrosanct.

Even in the aftermath of the verdict, the media bangs the same, worn-out drum. The Telegraph helpfully reported the case with the implication that, because the jury was ‘overwhelmingly white’, some kind of miscarriage of justice resulted. Only later in the article did it mention that all involved in the case were also white.

It is better than other media sources managed. The Independent reported that Rittenhouse had been let off after killing two black protesters. For all of the media’s talk of ‘fake news’ and ‘responsible journalism’, the most basic fact-checking appears beyond their capabilities.

Now that Rittenhouse has been acquitted, the usual suspects tilt at the same windmills. The verdict was the product of – you guessed it – white supremacy. For brains not fully dissolved in the acid of race theory, that a white man killed two white men in self-defence may not sound like white supremacy in action, but to a mind trained to be a hammer, everything is a nail.

There is something strange in all of this. It is hard to shake the impression that those most loudly calling for Rittenhouse’s head to roll would have liked for nothing better than for him to have gone to Kenosha and killed some black people.

Had this been the case, they would have their perfect story: the young, white American extremist, hell-bent on racist murder. The scene would be set for a ceaseless media storm and the continued pushing of the anti-white narrative.

The reality of a young man going to a nearby town where many of his relatives live, whereupon he was set upon by a paedophile and a wife-beater, must be a great disappointment.

But in the wake of George Floyd’s death everything must be seen through the prism of race. Law enforcement itself is supposedly racist, hence the clamour to ‘defund the police’. The events in Kenosha were directly related to the drive to racialise everything. Police there would not stop rioters from running amok due to their association with BLM. As we have seen over the last few years, the same refusal to enforce the law of the land equally is a regular feature on both sides of the Atlantic.

In the police abnegation of responsibility, it became the burden of citizens to defend themselves and their property. Nobody can be expected to sit back and watch their communities burn in ‘largely peaceful’ protests, while elites turn a blind eye.

Many on the Right will celebrate that the correct verdict was reached in this case. The prosecutor’s laughably poor efforts at painting Rittenhouse as the cartoon baddy conjured up by the media failed spectacularly.

But with even the President of the United States claiming to be ‘angry and concerned’ about the outcome, the deep divide running through America is clearer than ever. The Left will not halt their mission to demonise and discredit the Right. Conservatives cannot rely on the machinery of government and justice – manned overwhelmingly by dyed-in-the-wool liberals – to produce the correct results.

The Rittenhouse case is not merely a question of law. To the anti-order Left, it is another battle against their ideological opponents. It is this aspect of the conflict that so many supposed leaders on the Right still fail to see. They must recognise that this is part of a wider-scale war being waged against them.