How the SNP’s ferries ran aground 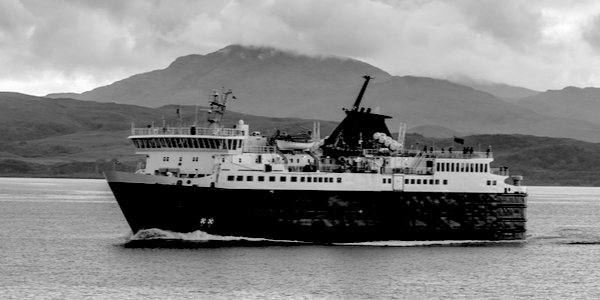 WE may be short of lorry drivers and even have pubs fearing a shortage of beer, but the one thing Scotland has in never-ending supply is SNP scandals. The latest is the recurring scandal of the ferries.

Scotland has 89 inhabited offshore islands. This would make the construction and maintenance of a fleet of ferries a reasonable priority for the Scottish administration. Unfortunately the administration of Scotland has been in the hands of the anti-business SNP for the last 14 years. Now that they have been joined by the Greens there is little chance of a turnaround.

Almost one in five sailings on one of Scotland’s busiest routes were disrupted this year, that is three times the cancellations of 2017. On the Arran to Ardrossan crossing alone the constant failures of Caledonian MacBrayne (Calmac), which runs most of the publicly subsidised ferry routes in Scotland, have robbed the island economy of an estimated £7.8million.

As a result Arran’s tourist business has been plunged into crisis, recruitment has been damaged and community morale crushed. Business owners whose livelihoods are being strangled condemn the ‘complete shambles’ presided over by the SNP. Linda Johnston, co-founder of Brodick’s Auchrannie resort, Arran’s largest private employer, said soaring cancellations are accelerating depopulation. This in a country where we are warned that rural communities could vanish within a decade if they fail to attract working-age migrants.

The SNP have attempted to modernise the ferry service, with all too predictable results. As far back as August 2015, Ferguson Marine Engineering Ltd (FMEL), was granted a £97million contract by Caledonian Maritime Assets Ltd (CMAL) to build two ferries that were intended to begin service in the first half of 2018. It was the highest of six tenders.

CMAL is run by the SNP administration and owns and manages the harbours, ports, ferries and infrastructure for ferry services on the Firth of Clyde, the west coast, and the Northern Isles. In addition CMAL and associated nationalised companies function as a safety net for the SNP by employing various failed SNP politicians. Stewart Maxwell, an MSP who lost his seat in 2016 and then served as special adviser to First Minister Sturgeon, finds himself employed as Interim Communications Director of Calmac.

It is generally agreed that the bidding for the ferries and the continual changes in specification caused massive problems in construction. FMEL claims the SNP quango repeatedly ‘improved’ designs and incorporated ‘unforeseen complexity’ into their demands for the ferries.

Roy Pederson, a member of the Scottish administration’s Ferry Industry Advisory Group, says the SNP is ‘building a ship with a far higher specification, far higher expense to build, far more expensive to operate than necessary’. He asked: ‘Why build a ship with a capacity of 1,000 passengers for a route, namely the Uig routes, on which there has never been more than 312 passengers carried on any sailing, and when the average carryings are half that and in the winter time even less than that?’

Nevertheless, to great fanfare one of the ferries, the MV Glen Sannox, was launched by Sturgeon in November 2017. The windows on the unfinished vessel were painted in so as not to embarrass the First Minister. Since then it has been forlornly sitting partially complete on Clydeside, gathering rust. As well as needing completion the ferry will require significant repair work due to the delays. The second ferry, the nameless Hull 802, has yet to leave dry dock.

FMEL announced in August 2019 that it was heading for administration. During the following negotiations the SNP administration refused to budge in their demands. FMEL executives lodged complaints just before the firm went under, saying ministers were not serious about keeping it afloat and were keeping them out of vital discussions. A clause had been inserted in a previous loan that in the event of receivership the Scottish administration could buy the shipyard for £1. Which they duly did.

Confidential documents revealed by the Herald show that the SNP knew FMEL was in serious financial trouble more than two years before it fell into insolvency. Ferguson’s former management have accused the SNP of creating a secret path to nationalisation in order to take over the yard.

Faced with ever mounting problems due to their ineptitude the SNP have continued on their well-worn path of turning a problem into a fiasco.

The administration-controlled CMAL originally sought to award a contract estimated at over £50million for a ferry to serve the Islay route, one of the busiest for freight on the Clyde and Hebrides network. This was increased to a contract worth over £100million for two ferries. The four companies shortlisted to bid for the new contract are all foreign: Damen Shipyard in Romania, Remontowa Shipbuilding in Poland, and Turkish shipyards Sefine Denizcilik Tersanecilik Turizm and Cemre Marin Endustri.

Notably absent from the shortlist is FMEL, the shipbuilding company brought into public ownership by the SNP. The nationalised shipbuilder said it was ‘a disappointing outcome’.

Meanwhile, Tim Hair, the SNP-appointed director with responsibility for turning the now state-owned company around, has been paid nearly £1.3million for 454 days work. This equates to £2,783 a day, making him one of the UK’s highest-earning public servants. But then the SNP administration has never been slow to spend public money.