How the tax system crushes families 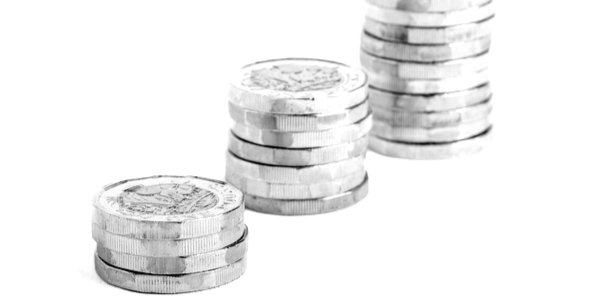 THE UK is a freezing place to be for families. Our anti-family tax system traps low-income families in poverty with little hope of ever escaping. Despite the Government’s often-stated desire to make work pay, until our absurdly high effective marginal tax rates are addressed, the current situation looks set to continue. It is surely ironic that after eight years of a Conservative Government, the burden of recognising family responsibilities has not been more equally shared out between the tax and benefits system.

Thankfully, there are some signs that more MPs are looking into this issue and are prepared to do something about it. Today sees the publication of the Making Work Pay for Low-Income Families Report, which might not win any prizes for a snappy headline, but directly engages with the whole issue of how the UK’s current effective marginal tax rates (EMTR) are aspiration crushing. It’s been launched by the Strengthening Families Manifesto (SFM) group, led by former MP David Burrowes.

The report itself follows an inquiry where a panel of MPs took evidence from a number of groups, including Tax and the Family, the Resolution Foundation, the Child Poverty Action Group, and Iain Duncan Smith MP. The launch of the report is timed to coincide with a debate being held today in Westminster Hall, which will give MPs the chance to discuss how the current problems can be solved.

The situation really is awful. At the moment, according to research by CARE, a UK one-earner married couple family with two children on between 50 per cent and 75 per cent average wage face an EMTR of 73 per cent. At this level of income, families keep just 27 pence from every additional pound they earn. So, rather than making it easy for families to aspire to increase their earnings, the UK’s current fiscal arrangements are completely suffocating social mobility and leaving families trapped in poverty.

For a single-earner family on £21,000 with three children paying income tax and national insurance and entitled to tax credits, housing and council tax benefit, the EMTR is a staggering 96 per cent. For every £1 they earn, they keep just 4p. The reality is that high EMTRs are a problem for all family types – single parents, single-earner couples and dual-earner couples. One in three in-work families are likely to face high EMTRs, some 1.6million couples and 0.9million single parents.

There is no other OECD country that treats working, low-income families as badly as the UK when it comes to the EMTR and work incentives. Our EMTR rate is the highest in the developed world. It’s high even in comparison with our own relatively recent history. Back in 1990 a one-earner married couple family with two children on 75 per cent average wage faced an EMTR of 34 per cent. There is little doubt that this burning injustice needs to be addressed. It is paradoxical that the current system should exist under a Conservative Government. The current arrangement is anti-aspirational, philosophically illogical, anti-choice and anti-responsibility and it also appears very judgmental.

From 2000 onwards, our tax system ceased to recognise family responsibility in any shape or form. While a marriage tax break was reintroduced in April 2015, it is set at only 10 per cent so is purely tokenistic in value. It should be increased. But we need more fundamental change than that if we want to see even a modest decease in the current EMTRs.

The tax system is not neutral. It reflects the values and priorities of society. At the moment, the UK tax system is anti-family. It is crushing the aspirations of low-income families and denying them incentives to earn more. This makes no sense. It’s time for the Government to take this issue seriously.