NewsPaperthe art of publishing
HomeCulture WarsHow the West was lost
176

How the West was lost 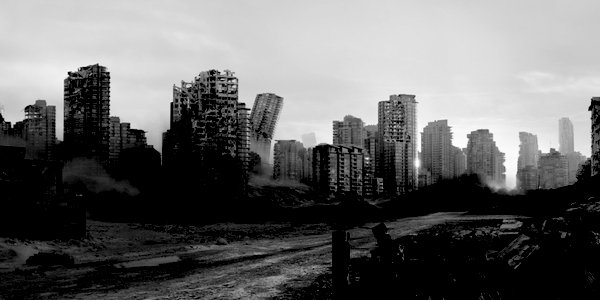 THE weak, woke West has collapsed. Everything it purportedly stood for – liberty, democracy, individual rights, has gone. Without a shot being fired, it has fallen. It has been crushed under the weight of majority apathy and minority activism. Its death knell? A band of corrupt, weak, self-serving politicians and an expedient set of circumstances, plus a cowed population that has long been prepped to submit in the face of tyranny. We are not the people we once were.

Our sons were harangued on their toxic masculinity. Taught that they were sexist and chauvinistic, they were viewed as potential rapists. ‘Ladies first’ was a verbal assault, compliments were threatening behaviour and those who issued them were vilified for their aggressive masculinity. It became safer to forgo any notion of a man as a protector or warrior. Weak men ascended the ladder. When the time came that strong men were needed they were too few.

The majority donned masks when told or dispensed with them when given permission to do so. They placed masks over their children’s faces and nodded with resignation when schools, nurseries, sports clubs and playgrounds closed. They sighed at tape on park playgrounds but recoiled at the idea of removing it. They complied with orders to stay away from parents and grandparents and followed the rules on hospital visits. Few stormed the wards demanding to hold the hand of a loved one in their last hours.

Schools dispensed with excellence and embraced conformity. Chinese students raced to the top in maths and science whilst our educators fretted over gender pronouns. Being gifted was frowned on. All must have prizes. Academia stifled debate, then cancelled it.

An aggressive and fearless military appalled the feminised West. Patriotism and courage were an embarrassment. Boxes had to be ticked. Meanwhile others recognised our countries had neither the will nor the spirit to fight for their own survival. They waved their superiority in our faces and mocked us with our own weakness.

Feelings trumped facts. Offensive was whatever the offended deemed it to be. There was no ‘right’ and ‘wrong’. Religious observation dwindled. Clerics no longer watched over their flock but derided their congregation as bigoted, racist xenophobes, and sought to appease and please those who wished their demise.

The family was increasingly fractured or set aside. Ideology took precedence over parents’ wishes. Parental consent was required to administer sun cream but not to change gender at school. Teachers, the police force and social workers turned a blind eye to dysfunctional families and those children who suffered abuse and misery and eventually murder.

Old age was no longer respected but feared and hated. Eternal youth was sought through creams or surgery but, if that failed, Mother Nature could be beaten through photo filters. Modern medicine could save everyone. For ever. There was a terror of death so strong that people became scared of life and the risks in living. We sanitised death and distanced ourselves from its reality. Once, families washed bodies and laid them out or brought deceased loved ones home and sat beside their open coffins. In the West the talk of death became taboo. Increasingly people refused to contemplate it.

Fear and timidity stalked life too. Citizens apologised publicly for who they were and kept quiet about what they believed. Co-ordinated global lies were eagerly embraced and ‘stay safe’ became a beloved mantra. The ‘calm of despotism’ was preferred to the ‘tempestuous sea of liberty’.

It was only a matter of time before our demise. The tragedy is that we brought it on ourselves.