Writing in TCW last week, Malcolm Parker was right about the bankers’ shortcomings, but RBS’s bail-out is a drop in the ocean. While drastic measures are required, state control should be the last resort. Shareholder control is the conservative way.

The capitalist solution summarised below is radical, even revolutionary, but is nevertheless feasible and necessary.

We all know that the government rescued the banks but very few know the cost. Between 2007 and 2010 the British taxpayer bailed out the banks with cash and guarantees totalling £1,162billion, equivalent to almost three times the NHS budget for the same four-year period!

Our default position must not include more state bail-outs, a socialist device endorsed by Labour and Conservatives but with the latter having to bear most of the population’s opprobrium for being perceived to help out ‘fat-cat’ bankers who have escaped scot-free whilst inflicting austerity on people who struggle. This injustice has provided Corbynistas with much of their ammunition.

The Government’s justification at the time was that support for the banks was necessary to prevent their collapse and protect depositors’ savings. Most of us supported this action without being aware of the cost. Banks perform an essential role in our capitalist system but should not rely on the crutch of state support (i.e. taxpayers’ money). As the banks’ mismanagement got them into this mess, and the Financial Services Authority (now the FCA, the Government’s watchdog) failed to prevent it or even warn about it, we can’t rely on either to ensure that taxpayers’ money will not have to bail out the banks and bankers again, despite stress testing and other new measures such as those proposed by Sir John Vickers in 2011. These included separation (but not divorce) by a ‘firewall’ between retail and investment banking activities. But the taxpayer remains the ultimate guarantor for depositors. Unless retail and investment banking operations are completely divorced with separate ownership of each, it is difficult to see how the taxpayer will ever be completely off the hook. Even then, let’s not forget that Northern Rock and Bradford & Bingley were the first UK dominoes to fall yet neither had investment banking arms.

As recently as May this year Sir John, quoted in the Financial Times, warned that British banks are still leveraged to ‘dangerously high’ levels and ‘if we had another systemic crisis anything like the last one, goodness knows what would happen’.

My remedy would be to ensure that shareholders (who are the beneficiaries of bank ownership) are primarily responsible for the banks’ liabilities without a taxpayer safety net. They would then be keener to hold bank directors and management to account and monitor risk to prevent recurrences of such disasters.

The aim of my proposal is not to impoverish bank shareholders but to protect depositors and taxpayers (to whom the interests of shareholders must always be subordinate) from the consequences of reckless banking practices. There can be no moral objection to this and if stress testing, firewalls etc are effective then shareholders should have nothing to fear from this proposal.

To achieve it, an Act of Parliament should require the removal of shareholders’ limited liability in banks (and any other business deemed too big to fail).

This is how it could be done:

Implementation could be phased to give banks time to get their houses in order; e.g. in year one, shareholders will be liable for 25 per cent of banks’ liabilities, 50 per cent in year two, 75 per cent in year three and 100 per cent in year four. Any collapse in a bank’s share price will indicate that shareholders do not have confidence in its directors’ ability to manage risk, or there are skeletons in the cupboard. Either way, it’s better we know before the begging bowl is held out.

Banks will be required to publish regularly (e.g. weekly) the £ liability per share (risk ratio) so that shareholders are aware of their level of risk. As guarantors of the banks’ liabilities, shareholders will judge whether the prospect of dividends justifies their risk exposure and can decide whether to retain or sell shares. Banks will not be permitted to acquire risk of greater value than the aggregate amount guaranteed by their shareholders.

So if at the onset the published risk per share is £1 and a shareholder has 1,000 shares, the risk he or she must guarantee is £1,000. However, if the risk ratio increases to £1.25 per share then to maintain his 1,000 shares the shareholders must either increase the amount he or she is prepared to guarantee to £1,250, or sell or forfeit 200 shares to reduce the holding to 800 to be within the value of his or her guarantee (800 x £1.25 = £1,000). Forfeited shares would become the property of the Government (who could hold or sell them back).

To prevent shareholders dumping shares if there is a whiff of trouble, the Government would be empowered to suspend share dealing in any bank suspected of having problems. In the event of a major crisis resulting in bank insolvency due to liabilities exceeding the bank’s resources + aggregate value of shareholders’ guarantees, the Government will have to step in as before to protect depositors but at least the shareholders will bear most of the cost. This may in turn lead to the slow de facto nationalisation of some banks.

These measures may seem draconian but are feasible and practicable. In the short term they may result in lower share prices, but these will recover as the market finds banks’ true values and confidence in their stability grows as a consequence of the increased scrutiny that will ensue. They will restore confidence in UK banks and enhance their reputation. All that is required to ensure that banks behave responsibly and protect depositors and the UK taxpayer is the political will to enact them. The problem will be to overcome the vested interests close to government who will object.

Share
Facebook
Twitter
WhatsApp
Email
Previous articleThe human right to a sham marriage
Next articleThought for today: Why so quick to take the guilt off the gingerbread? 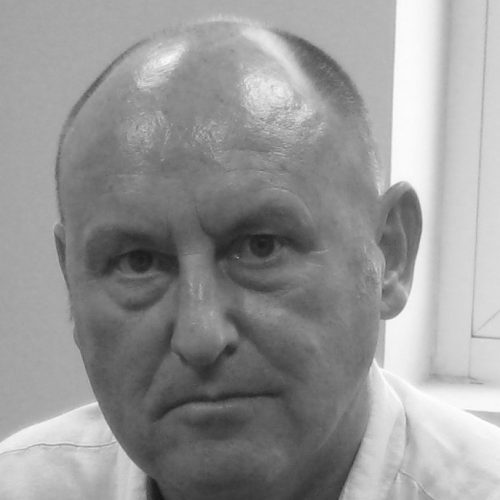