How to deal with SJWs – a conservative’s guide 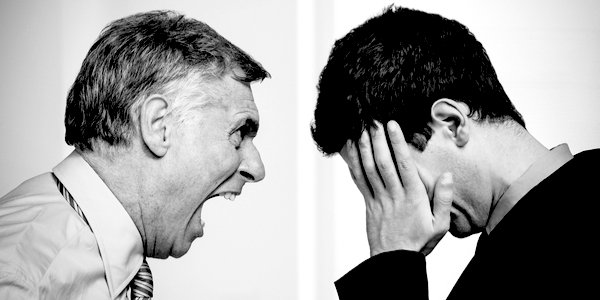 Don’t sit back quietly and allow social justice warriors to make the running, don’t dismiss them out of hand, don’t swap insults with them: take them on and challenge them. Here are four simple pointers to taking on SJWs.

1. Have your ammunition ready. Never get into an argument unless you have the facts to hand. If you don’t have concrete quotable evidence you will end up either losing the argument, which is no fun, or in an exchange of ideological assertions, which is a waste of breath. Get the data, the numbers, the percentages; you don’t need every single fact, just enough to win. They are easy to find, so know your facts and deploy them.

You can bet cash money that the SJW will not know your facts. The chances are that they won’t even know or understand their own facts. At most they will have only a superficial grasp of the data and like a Hare Krishna monk chanting ‘Om’ will continually repeat a simplistic mantra culled from Guardian headlines in the hope that the bad person will shut up and go away. SJWs operate on emotion, facts are their Kryptonite.

Hold your nose and read SJW material so that you can know what they are liable to come out with and prepare a response. They might say, ‘Men on average are paid £1.32 more per hour than women. This is gross discrimination.’ You could reply, ‘Equal pay for equal work has been enforceable by law since 1970. The pay gap for all age groups under 40 is never more than 2.4 per cent, but as workers age the gap increases to 16.2 per cent for age group 50-59. Perhaps there are reasons for this gap other than discrimination against women, such as different life and career choices.’ Try to make them think – it’s not easy but worth the effort.

When you do find out facts, check your sources. There are plenty of useful websites which can supply you with reliable facts without having to enter tinfoil hat land. The figures above are taken from the Office of National Statistics, always a good source.

Use university studies and peer review journals which are usually freely available on the internet. Polls can also be very useful. Pew Research and Gallup Poll in particular produce authoritative studies on social issues. Best of all, they have no ideological axe to grind, they are concerned only with the facts.

2. Flip them. We claim that calling someone a ‘racist’, ‘homophobe’, ‘Islamophobe’ or other insult is a means of silencing opposition. It is, however, also a genuine belief. SJWs have been indoctrinated for so long and supported by the media and their college lecturers that, like Nazis and communists, they actually think that any opposition to their viewpoint is not only wrong but evil. Don’t get defensive – that means you lose. Go on the attack and flip them.

When accused of Islamophobia for saying that Boris was right and burkas actually do look like letterboxes, turn the tables. Remind them that the burka is not required by Islam and is a form of dress rejected by the overwhelming majority of Islamic women.

Point out that they wish to perpetuate a dehumanising and repressive misogynistic dress code imposed on oppressed women by powerful men following an extremist obscurantist fundamentalist religion. On the other hand, assure them that by ridiculing the burka you are striking a blow for freedom, enlightened thought and liberal values.

3. Let them hang themselves. They will be annoying, silly and offensive, but if allowed to go on in full flow SJWs get ever more extreme because they imagine they have silenced you by the power of their argument. What they are actually doing is providing you with ammunition. The wilder they get, the easier it is to pull the rug from under their feet.

When they do dry up and you begin to respond, they will try to shut you up. This is logical as they don’t believe you have a right to express contrary views. Just respond with, ‘Sorry, did the middle of my sentence interrupt the beginning of yours?’

4. ‘Keep the heid’, as we say in Scotland. You will be insulted, bullied and belittled, count on it. Don’t get angry; you can be passionate without being aggressive or hysterical. Leave temper tantrums to them, that’s their speciality and they do it so much better.

They cannot help getting personal as they sincerely believe conservatives are not just wrong but immoral. At some point in the argument there will be aggressive name-calling. Calmly point out the personal attacks and enumerate them.

Some will be irrational hyperbole: ‘Nazi’, ‘fascist’, ‘racist’ etc. Some will be plain insults: ‘unintelligent’, ‘ill-informed’, ‘gullible’, ‘uneducated’ – remember the response to the Brexit vote. Others will be attacks on your morality: ‘lacking sympathy and compassion’.

They always do this because it makes them feel superior and good people. However, all it actually does is indicate their lack of intellectual substance. In response, don’t get offensive and join in. Flip it, use it against them. Remember the labels, repeat them, then pin them down and demand they substantiate their insults with facts. They won’t be able to.

Conservatives can encounter SJWs with equanimity. They have anger, we have reason. They have emotion, we have facts. They are losing, we are winning.