How to get the West off the hook over Ukraine 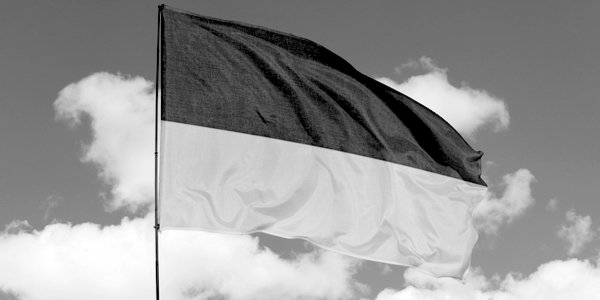 FREEING Ukraine from Russia’s frequent threats to invade or destabilise it needs to be tackled in a way that is congruent with geopolitical realities. Inveighing against Vladimir Putin’s manoeuvres is not going to work.

There is a way forward – the ‘Finlandisation’ of Ukraine. The term refers to Finland’s relationship with the neighbouring Soviet Union during the Cold War. Moscow left the Finns alone while demanding strict obedience from the satellite countries it communised. Helsinki agreed to do nothing to undermine the Soviet Union’s rivalry with the West.

It would entail a partial loss of sovereignty for Ukraine but this is the norm in the EU, which the Ukrainians want to join. Putin could be offered the guarantees he wants that Ukraine would not join Nato or allow Western military installations on its territory that could threaten Russia. Joe Biden has suggested more autonomy for the Russian minority in eastern Ukraine but Putin would still want guarantees from Kiev.

In return, Ukraine, which voted overwhelmingly for independence from Moscow in 1991, would be free to develop the relations it wants with the West and the chance to become like the EU countries it admires.

Would such a deal work? The 1994 Budapest memorandum which was supposed to underwrite Ukrainian security was signed by the US, the UK, Russia and Ukraine. It proved worthless when Putin annexed formerly Soviet Crimea which Nikita Krushchev ceded to Kiev in 1954.

Any agreement’s viability would always depend on the undependable Putin. But it worked for Finland and it would get the West off a painful hook on which President Obama impaled it when the US became openly involved in the 2014 revolution in Kiev that overthrew the corrupt post-independence oligarchy.

Putin is said to have up to 100,000 troops along the Ukrainian border and moves them back and forth like the Grand Old Duke of York in pursuance of his geopolitical objectives. He doesn’t actually have to resort to military action to keep Ukraine and the West on the wrong foot. Moving his military around and making menacing sounds is enough.

His grab for Crimea in 2014 stymied Obama, and Biden faces the same dilemma from the same position of weakness. Should Putin invade, it’s likely that Biden’s response will be just enough not to damage his reputation yet further after the fiasco in Afghanistan and the failure of the nuclear talks with Iran.

The military options are limited. Biden ruled out sending US ground forces because the American people wouldn’t stand for it. He can’t launch air strikes as Bill Clinton did in Serbia because Russia has a powerful air force and ground-to-air defences. He won’t send massive military aid to Ukraine because the Ukrainian military is not trained in its use and encouraging Ukraine to fight would be fraught with the dangers of escalation that could drag the West in.

This would be a huge problem for any president but for someone as incompetent as Biden, it has the makings of another foreign policy disaster. Whatever noises Washington makes are for mainly for bluff and show.

Biden has threatened to prevent the opening of the Nord Stream 2 gas pipeline for the export of Russian gas westward. Putin has certainly discounted this. The US is not going to cut off the gas supplies that Germany is dependent on – along with eight other EU countries – when winter has begun and the Germans have a new chancellor bedding in.

Putin has lived with sanctions before and has the ability to cause the US equally difficult problems elsewhere in the world. Is Ukraine more important than the Russia-China-Iran nuclear axis or just a sideshow to managing that? Putin is not going to have the West on Russia’s doorstep at any price.

The danger of uncontrollable escalation is what kept Obama at bay. Under pressure, Putin has the option of threatening the Baltic states and Poland which are Nato members. Their security is guaranteed by the North Atlantic Treaty which is more binding than the Budapest memorandum which stipulated merely that disputes should be referred to the UN. The UN General Assembly contented itself by condemning Putin’s annexation of Crimea.

The running sore of Ukraine’s future needs to be solved, however, and Britain could help. Brokering the Finlandisation of Ukraine would allow it to develop relations with the West in return for guarantees to Putin that it will not join Nato or act against Russian interests in foreign affairs.

If this is mishandled, it is not just Ukraine at risk. Putin can turn on the trouble tap any time against the Baltic states and Poland, putting the West in an even worse dilemma than it faces in Ukraine, because they hold our security guarantees.

The choice is a negotiated settlement or risk a very nasty war in central Europe. It would be more comforting if we weren’t dependent on Biden and his crew, but we have to trim to the very weak hand we hold. Accept that Russia has a fundamental national interest at stake and work from there.