How to increase loneliness and alienate people 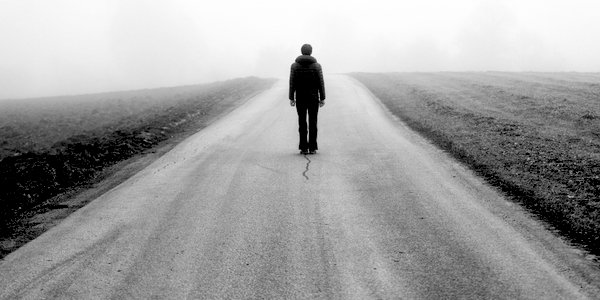 THE University of Sheffield has announced that it will pay students to challenge language on campus that could be seen to be racist. It wants them to look and listen for ‘microaggressions’, described as ‘subtle but offensive comments’. The 20 students, who will be trained to ‘lead healthy conversations’, will be paid £9.34 per hour and work between two and nine hours a week. Vice-chancellor Koen Lamberts said the initiative is to ‘change the way people think about racism’.

The university gives these examples of microaggression:
‘Stop making everything a race issue.’
‘Why are you searching for things to be offended about?’
‘Where are you really from?’
‘I don’t want to hear about your holiday to South Africa. It’s nowhere near where I’m from.’
‘Being compared to black celebrities that I look nothing like.’

Perhaps the vice-chancellor believes that this initiative is about bringing people closer together. But I am not buying it. My feeling is that this is yet another initiative engendered by identity politics which will serve only to drive us further apart.

Looking at the list of ‘microaggressions’, the one that strikes the strongest chord with me is ‘Where are you really from’? We all know this one because it falls into the category of small talk. I am originally from New Zealand and for years after I arrived in this country I heard sheep jokes. Now I more often find myself explaining the precise location of my childhood to people who have never been to New Zealand, never will, and might never see me again. The questioner doesn’t even want to know – it’s just as boring for them. So why do they persist?

It should surely be obvious to all of us that what lies at the bottom of this is goodwill. This sort of dialogue is an attempt to break the ice with strangers. It is called small talk, and it is universally acknowledged that we all hate it. But what else are we supposed to do? Meeting someone new, we cannot ask what Jenny decided to wear to the wedding or whether the fish pie came out okay. We are forced back on generalities, and they are always banal. All we can do is persevere through them till we get to the other side, where we either find common ground or remember a dental appointment.

Small talk can come out sounding offensive. People are rapidly (blink of an eye rapidly) looking for an element of common ground with a stranger. So it’s often going to be about how we look or how we sound – the only things we know about each other. Bring on the obvious remark, the banal observation. These are not microaggressions, they are attempts to connect. ‘Only connect!’ said E M Forster. If you don’t want us to connect, ban our bumbling. Condemn us to distance, difference, isolation, loneliness.

Some might observe that I have underplayed the importance of a single word in the example – the ‘really’ in ‘Where are you really from’? It is true that a white person in the UK will rarely get the ‘really’ even though they might be first-generation British. But isn’t that perhaps their loss? Haven’t you ever sat in a taxi and wanted to know where the driver is ‘really’ from? After hesitating, you end up listening to the driver the whole way home as he regales you with the beauty and tragedy of his homeland. Who is to tell us that we  may not ask? Who is to tell us we may not tell? In New Zealand, the Maori people take where we are all really from seriously. In a formal setting, you don’t just tell people your name. You tell people your mountain, your river, your tribe, your sub-tribe, your immediate family. Then you sing a song. A few years ago Martin Clunes appeared in a film where he had to navigate all this. I have found the clip of him singing a song ‘from his home town’. He chose Baggy Trousers.

After doing all this, you know each better.

How are we to reach towards each other if we are not allowed to bumble? Why shouldn’t my daughter tell people that because our surname is ffiske, and we are from Norfolk, that we are really Viking stock?

Quite often I feel sure that the identity politics people know exactly what they are doing. They want to tear us all apart. Don’t let them do it. Tell someone about your mountain, your river, your great-grandmother, or where you are really from.