Hungary’s only ‘crime’ is to be anti-immigration 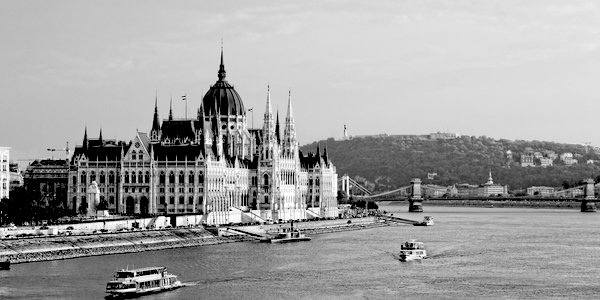 ‘The EU’s core values are under attack as never before,’ thundered the Guardian last week, referring to Hungary after anti-immigration PM Viktor Orbán got another ringing endorsement. So much so that, with the almost unanimous approval of the chattering classes, the European Parliament’s Committee on Civil Liberties, Justice and Home Affairs last month called for Hungary to be subjected to Article 7 of the European Union Treaty, the provision allowing for states ultimately to be deprived of EU voting rights if guilty of a ‘serious breach’ of the values expressed in Article 2 of the Treaty, namely ‘respect for human dignity, freedom, democracy, equality, the rule of law and respect for human rights, including the rights of persons belonging to minorities’.

As usual with the eastern European nations, all of which have rather more recent experience of unpleasant totalitarian regimes than the western ones from which the EU is governed, there is more to this than meets the eye.

The criteria in Article 2 for denying a member state its legal rights in the EU order are admittedly scandalously vague, rather reminiscent of the excuses regularly given by prefects in public schools up to the Second World War for beating small boys regarded as slacking, uppity or simply cheeky. Nevertheless, even taking account of this, the grounds advanced are pretty unconvincing.

This year’s election, the committee said, was ‘characterised by a pervasive overlap between state and ruling party resources’, and featured ‘intimidating and xenophobic rhetoric’ while ‘media bias and opaque campaign financing constricted the space for genuine political debate’.

However, read the report and you will see it admits that the opposition voice was there to be heard, and that the election and the count proceeded fairly straightforwardly. In other words, the real suggestion is the patronising one that the Hungarian people were unable to make up their own minds about what Orbán’s Fidesz told them. If you’re seeking real election-rigging, you’re probably better off looking at places like Tower Hamlets.

As for the other matters, these were a varied collection. There were complaints that the powers of the Constitutional Court (an institution that does not even exist in the UK) had been reduced; that constitutional amendments, while lawfully passed, had been with ‘inadequate involvement of civil society’; that the retirement ages for certain judges had been reduced; that Hungary had lost cases before the European Court of Human Rights concerning freedom of expression, privacy and the dilatoriness of legal proceedings; that there was no anti-corruption code of conduct applicable to parliamentary deputies; that the Media Council lacked representation of ‘socially significant political and other groups’; that steps had been taken against the Central European University in Budapest; that only 31 religions had official recognition and this was unfair to the others (even though people were free to join them); that ‘stigmatising rhetoric’ had been used against NGOs; that female equality was not advancing as fast as it should; that Roma people were at the bottom of the social heap; and (of course) that the UN had criticised the treatment of migrants.

Now, much of this might make some people unhappy about living in Hungary. But what is interesting is that none of it is remotely close to the extreme situations clearly envisaged in Article 2: mass arrests, blatant judicial bias, serious official mistreatment of minorities, etc. The real issue is, as everyone knows, immigration: one gets the impression that the Committee, looking for ways to bring Hungary to heel over this, is fervently clutching at whatever other straws it can. Furthermore, in any case the EU clearly realises that any attempt to invoke the ‘nuclear option’ of Article 7 is quixotic, since it requires unanimity and Poland (against whom similar measures have actually been invoked) has rightly said it will not support it.

What is happening? It’s not simply the fact, as pointed out with merciless accuracy by Campbell Campbell-Jack last month on TCW, that the combination of nationalism, religious loyalty and sheer bloody-mindedness represented by Mr Orbán and his supporters is something utterly beyond the limited comprehension of the EU ruling class. Rather more importantly, this whole episode shows not so much the arrogance and lack of understanding of that class as its sheer impotence.

In the United States in the 1950s and 1960s when states stepped out of line on matters such as racial integration, Presidents if necessary sent in the National Guard to make sure the law was obeyed. That is not an option for the EU, and will not be even if and when PESCO, the planned germ of a European army, is up and running. So the EU has to rely on other means. The EU’s usual other standby, the use of a fifth column of supporters in countries proving awkward (think Denmark in 1993 and Ireland in 2009 when they got referendums wrong), will equally not work against the kind of super-majority possessed by Mr Orbán. Hence the desperate reliance on gesture politics and lawfare.

There is one card left up the EU’s sleeve. It has been rightly observed that there is more than a little humbug in the Hungarian government’s behaviour: excoriating the EU’s interference on weekdays and pocketing its very extensive largesse at weekends. There is now talk of changes to the EU’s budget in future to withdraw funds from recalcitrant members, something which can be done in the medium term without unanimity. This might just work. On the other hand there are limits to the loquacity of money, even in Hungarian. If implemented, the EU proposal would also take away any reason for Hungary to have anything to do with the EU. It is entirely on the cards that, faced with that, a proud people like the Hungarians will simply say that they prefer to be poor but honest. Now that would be a magnificent gesture, and one for the permanent benefit of everyone in Europe.