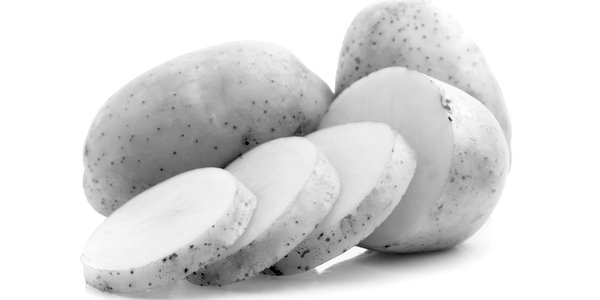 ACCORDING to the Independent, 500,000 children in Britain go to school on an empty stomach.

A quick Google search for ‘People going to bed hungry in the UK’ returns 56million results. You can find article after article with such headlines as ‘Shocking figures showing hidden hunger’ and ‘1 in 4 UK parents skipping meals due to lack of money’.

According to the Guardian, more than 8million people have difficulty putting food on the table.

This is surprising given that we also have a well-documented obesity crisis.

A farm shop near me sells 20kg sacks of potatoes for £7. That works out at 28p per kg, which provides 750 calories, as well as enough protein, nutrients, vitamins and trace minerals to live on healthily.

As is well known, the Irish, prior to the potato famine, survived on potatoes. There have been more recent studies done where people have lived on nothing but boiled potatoes for many months and ended up far leaner, fitter and healthier than when they started.

The Sherpas in the Himalayas still live on a diet of practically nothing but boiled potatoes with a bit of salt and chili on the side. Vast pots of the things are boiled. A basket full of cooked potatoes is placed in the middle of the floor and everyone starts peeling them and dipping them in the chili. It is interesting, if you are climbing or doing heavy manual labour, what a vast volume of potatoes needs to be eaten to maintain body weight. You get bored with both the eating and the peeling long before you could possibly get obese.

A glance at a comparison site shows you can buy a kilo of ‘value’ or ‘basics’ rice for about 45p at every single supermarket in the land, from Lidl to Waitrose. That equates to an amazing 4,000 calories per 45p, albeit with a lot less nutritional value than the potatoes.

The market price for basic rice is very similar wherever in the world you go. It costs around 45p a kilo in the markets of Kathmandu as well as the aisles of Tesco. A Nepalese person on an average income of £850 per year (and that is an average, so there are many on £425 per year) manages to live and not starve to death paying the same price as someone in a ‘deprived’ area of Britain.

So why are we told that people are ‘starving’ in the UK, where the average income is £24,000? Are we really saying that low-income people in Britain are poorer than Nepalese peasants?

Eggs, chicken, carrots – are these really so expensive? Again, comparison with a poor country such as Nepal is instructive. In Nepalese villages, there are no factory-farmed chickens. Each chicken has to be reared and killed individually. Eggs are expensive and not mass produced.

Here are the comparative prices of some foods in Britain and Nepal:

The figures speak for themselves. Food in the UK is not only relatively very cheap but absolutely very cheap. The results can be replicated all over the world. Jamaica has some extremely expensive food prices, so ham is out of reach of almost everyone. Here, cheap gammon can be had at the almost giveaway price of £2 per kilo. A 670g packet of bacon with scruffy little bits can be bought for £1.50. Nice and cheap to go with the eggs for those 500,000 starving school kids.

And something else is happening: whilst the supposed 500,000 children are going to school hungry because their parents seem unable to afford an 11p egg and a couple of slices of toast, we have an obesity epidemic. Sixty-two per cent of adults are now classified as overweight compared with 53 per cent in 1998, while 28 per cent of children aged 2 -15 are overweight.

Can no one who writes these articles in the Independent and elsewhere see the contradiction?

The problem is not lack of food or the cost of it in this country: indeed food has probably never been so relatively cheap or in such vast quantities.

But a visit to a food bank of the type that millions are supposed to rely on shows you the problem. It is full of cans of sweet custard and packets of PopTarts and the like. They do not stock raw potatoes because they might ‘go off’.

The Trussell Trust, one of the UK’s largest food bank charities, makes up parcels of ‘three days’ nutritionally balanced, non-perishable food’. That cuts out all those cheap eggs and potatoes, even though these items actually last weeks. Does tinned fruit in sugar syrup really count as nutritional?

Here is a picture of another food bank taken at random. It shows a big box of Toffee Crisp at the front!

The problem is much more basic. People have chaotic lives. They spend money on the wrong things. They do not cook and it would seem that many cannot cook. If the numbers are anything to go by, they cannot even be bothered to buy and cook some potatoes or an egg for their hungry children.

Food banks should stop, think and go back to the drawing board. Kind as they may be, they are not doing society or their beneficiaries any favours. They are creating a dependent, obese population. Teaching their recipients how to shop for raw ingredients and to cook ‘meat and two veg’ would be more helpful.

And perhaps they should stock ‘horse’ carrots. These are just ordinary carrots with a bit of mud on them and a touch misshapen. They need scrubbing and take a bit of effort. They cost £1.90 for 12.5kg – that is just 7p for an old pound in weight.