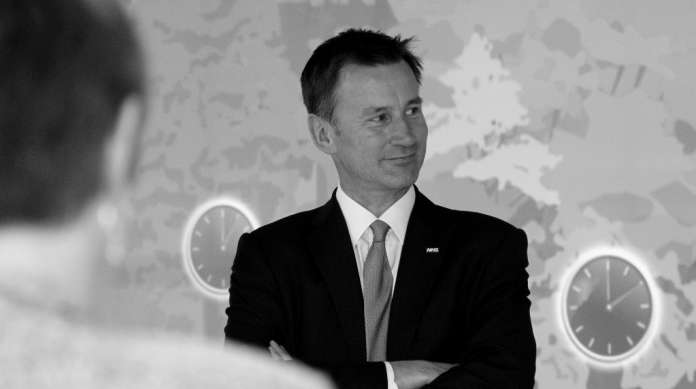 JEREMY Hunt used his Mansion House speech on Monday night to set out his bid to replace our hapless, helpless and hopeless Prime Minister. Part of his policy is to double defence spending, restoring it to the levels (in terms of proportion of GDP) of the 1990s. Clearly the Armed Forces, MoD and arms manufacturers would be delighted to hear that, although no doubt Spreadsheet Phil will pour scorn on finding some £50billion per annum on top of his current budget. But let’s roll with it for a moment and assume that Jeremy becomes Prime Minister and finds a Chancellor capable of delivering. What would he actually spend the money on?

Clearly every arms salesman on the planet will be heading for the UK, offering every shiny toy and capability there is. But that’s not the key problem. The world’s best weapons are useless if they don’t have the soldiers, sailors and airmen trained to use them. As Lord Houghton, a former Chief of the Defence Staff, writes in the Telegraph: ‘There is no point spending the money if you don’t have the manpower.’

And of course, raw recruits are militarily as useful as an ashtray on a motorbike. They’ll need training. Initial training will make them into private soldiers, sailors and airmen. But they will need commanding – where will Jeremy find those commanders? There is only one place, and that is within the ranks of the current armed forces. And this is where it gets really difficult. It takes time and experience to learn how to command, and massive military expansion creates a bottleneck – the armed forces will morph from their current small but well-trained establishment to a larger, enthusiastic but novice organisation. This is solvable, but only by throwing money at training and exercising. Back in the 1990s we had all of Germany to exercise over, plus Salisbury Plain and Canada.

Mr Hunt would also have to provide some clear direction as to what sort of armed forces he wants. In his speech he referred to the threat from Russia. Putin does tanks, so Jeremy will want some of them. Unfortunately armoured warfare is without doubt the hardest, most complex (and expensive) part of the spectrum. It is also the part that the British Army has run down to little more than a Potemkin village.

It’s not much easier at sea. There are all sorts of deeply technical arguments under way about the next generation of frigates and the shiny new Daring Class destroyers are not without teething problems, although their capability is world-beating. While the RAF is getting its F-35s and increasing the size of the order would be straight forward, there is no one looking at designing the next generation (to replace the Eurofighter Typhoon). And the F-35, although massively capable, is eye-wateringly expensive.

So Jeremy, while you have correctly spotted that successive governments (of which you have been a part) have run the UK’s defence into the ground, it’s going to take more than a speech and a soundbite to fix two decades of folly. And you will need a magic money tree. So either put some detail on the idea, or cease political posturing for personal purposes.