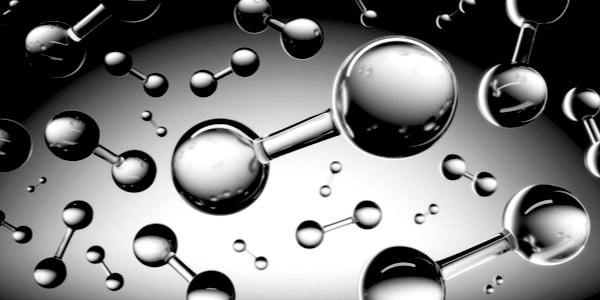 WE ARE hearing more about the magic fuel, hydrogen. Gas boilers are being designed to use it, aeroplanes are supposed to fly on it. It is apparently the solution to so many difficulties artificially created by the green policies of government. As with all green unicorns, of course, the idea doesn’t stack up.

There are three ways to produce hydrogen. All need water in abundance.

The first method is electrolysis to split water into hydrogen and oxygen. This would require vast amounts of electricity even to start to provide enough to replace natural gas (mostly methane) in the grid. This hydrogen is known as ‘blue hydrogen’ and is much beloved by the greens. As electricity in vast quantities is something we ain’t going to have, this is clearly not an option. The idea that it could be a by-product when wind turbines are producing ‘excess’ electricity is frankly a joke.

The second method is a relatively old one. Something called ‘water gas’ is produced by reacting steam with hot coke. C + H2O = H2 + CO (carbon monoxide). This gas mixture was often used to supplement ‘town gas’ before we had the use of North Sea gas. It was essential to many industrial processes such as the Haber process for making ammonia from which nitrates are made for fertilisers etc. Carbon monoxide (CO) is a killer, unlike carbon dioxide (CO2) which is a life-giving gas. Indeed I sometimes wonder whether many people think the two gases are the same so that understandable fears of carbon monoxide are transferred to innocuous carbon dioxide. CO mimics oxygen when breathed in and binds to haemoglobin in our blood, but, unlike oxygen, is not then released, leading to rapid death by asphyxiation.

The new idea is that steam can be reacted with CH4 (methane or natural gas) instead of coke to produce the same gases. H2O + CH4 = 3H2 + CO. That looks quite good. However when the gas is burned it still produces CO2.

Further, to make the steam requires a huge amount of heat energy which can only come from using natural gas anyway, producing even more CO2.

[The carbon monoxide could be extracted by making a liquid substance called a carbonyl; CO reacts with transition metals (iron, cobalt, nickel etc). These carbonyls are also extremely poisonous and there is no safe way to dispose of them long term without producing CO2.]

It is possible to react methane with steam and produce hydrogen and carbon dioxide. The CO2 must be removed and can be done on the scale required only by reacting the gases with calcium hydroxide which removes CO2 as calcium carbonate (limestone). Problem: the only way to produce calcium hydroxide is by heating (wait for it) calcium carbonate. This produces CO2 (again) and, again, needs a huge amount of heat which will produce more CO2.

Of course the companies involved claim they will sequester all the CO2 which will add yet more cost to the hydrogen gas. Sequestering on this scale is another unicorn, by the way.

The third method is heating pure methane to a very high temperature and causing it to decompose into carbon and hydrogen. This is cleaner, but, as with water gas, huge amounts of heat energy are required making the hydrogen incredibly expensive. Once again the heat energy is made from burning methane; CO2 again!

Coming on to the use of hydrogen in transport (cars, buses and aeroplanes), there is another huge problem, this time with storage. Hydrogen is not easily liquefied (unlike LPG). It cannot be liquefied above minus 240 deg C and would require the use of an apparatus called a cascade liquefier (explained here). So storage as a fuel in a vehicle or plane is very problematic. Extremely high pressures will be required which in turn would need extremely strong containers, inevitably weighing a lot. The risks of pressure explosions as well as fire would be very great.

As a PS, I would stress that more CO2 in the atmosphere is a benefit, not a problem. The use of fossil fuels is a blessing, not a curse; the biosphere thrives on it, but there is no telling some people.