Hysteria takes hold of the first great city of the west 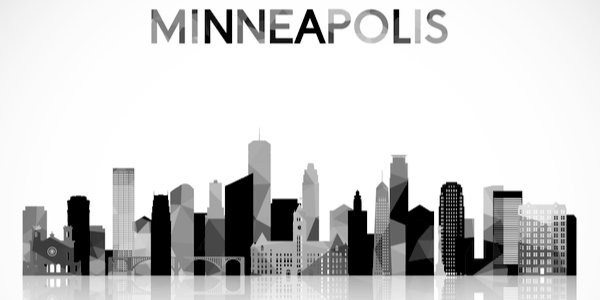 LAST week was challenging for those of us who live in Minneapolis and who love our city and value due process, fairness, and the rule of law. In some ways it was a week of horrors, but not the type of destructive and possibly lethal horrors that would have ensued had Derek Chauvin not been found guilty of second-degree unintentional murder, third-degree murder and second-degree manslaughter in the death of George Floyd. Had he been acquitted or found guilty of only one or two of the charges, the city and some of its suburbs would very likely have been burned to the ground, not to mention other major cities around the nation, as what happens now in Minneapolis also happens in other American cities and triggers rippling effects around the globe, to which people in the United Kingdom can testify. Never in its history has this lovely city, known for its lakes and open spaces and dubbed by Mark Twain ‘the first great city of the west’, occupied so prominent and influential a position in the affairs of the world.

No, the horrors to which I refer are linguistic, moral, and behavioural. Take, for example, the conduct of the gleeful crowds gathered around the courthouse as they received the news that the Chauvin verdict had been a slam dunk. Rhythmically chanting ‘All three counts’, people wept, cheered and embraced. The gathering quickly assumed the character of a religious revival, reminding me of what the British poet and philosopher T E Hulme called ‘spilt religion’, or religion gone sour, to adapt a phrase used by Julia in Orwell’s 1984 to explain political fanaticism as ‘sex gone sour’. I was disgusted and somewhat alarmed by the emotional incontinence on display, but no doubt many otherwise decent and liberal Minnesotans, some of whom are my friends and former colleagues, were deeply moved and presumably relieved, though whether their relief was inspired by seeing justice done or being spared what many saw as the inevitable rioting and looting, it is hard to say.

Many of those assembled in downtown Minneapolis had been gathering there daily since the beginning of the trial, presumably in an effort to influence the proceedings and possibly, whether intentionally or not, to intimidate judge and jury alike. No one in the state was unaware of what would happen had the ‘correct’ verdict not been reached. Lisa Christensen, an alternate juror, expressed the fears of many prospective jurors when she wrote in a pre-trial questionnaire: ‘I did not want to go through rioting and destruction again and I was concerned about people coming to my house if they were not happy with the verdict.’

Ranking the horrors of last week, one is spoilt for choice. Does pride of place belong to America’s race-hustler-in-chief and Jew-baiter Al Sharpton arriving in the Twin Cities on his private jet and then giving the eulogy at the funeral of Daunte Wright, calling him ‘the Prince of Brooklyn Center’ in reference to the town where he was shot dead by a policewoman in a traffic stop that went horribly wrong?

Was it US Senator Amy Klobuchar politicising what should have been a moment of private grieving for Wright by touting the proposed George Floyd Justice in Policing Act? Was it her eulogising Wright as if in life he had been a paragon of virtue instead of a deeply disturbed individual who posted selfies of himself with a handgun making gang signs and had been charged with first-degree aggravated robbery after pointing a gun at a woman in whose house he was a guest, demanding her rent money, and then choking her and putting his hand down her bra in order to get hold of the cash? I was driving whilst listening to Senator Klobuchar and nearly caused an accident. I wondered how much time she would have had for the young man when he was alive.

Or was it US Congresswoman Maxine Waters taking to the streets in Brooklyn Center urging those present ‘to stay in the streets’ and ‘get more confrontational’ if Chauvin was not convicted of first-degree murder – with which he had not been charged – statements that prompted constitutional lawyer Alan Dershowitz to compare her actions to those of the KKK during the 1920s and 1930s, when Klansmen ‘would march outside of courthouses and threaten all kinds of reprisals if the jury ever dared convict a white person or acquit a black person’? Even the presiding judge warned that Waters’s interference ‘may result in this whole trial being overturned’.

But, when it comes to the most horrific moment of last week, first place surely belongs to Speaker of the House Nancy Pelosi, one of the most powerful people in America. Shortly after the verdict was announced, she joined members of the Congressional Black Caucus outside the Capitol. After expressing her gratitude to the jury, she looked towards the heavens and said: ‘Thank you, George Floyd, for sacrificing your life for justice’, adding that his name ‘will always be synonymous with justice’.

On hearing this obscene allusion to Jesus and the atonement, I could not help thinking of the words used by the German Jewish painter Max Liebermann when he learned that Adolf Hitler had become Chancellor of Germany in January 1933: ‘Ich kann gar nicht soviel fressen wie ich kotzen möchte’ (‘I could not possibly eat as much as I would like to throw up.’)