I blame the boomers for the Covid terrorism 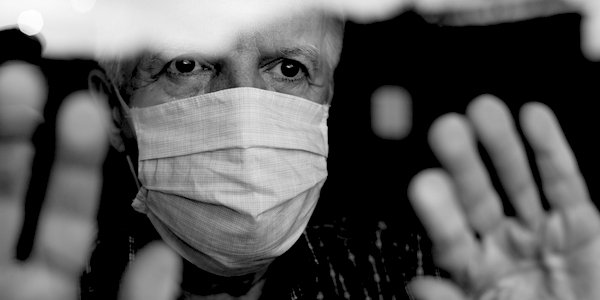 SO THE ayatollahs at Sage, especially the supreme leader Neil Ferguson, have got their way again and closed all secondary schools for at least two weeks, as well as nearly all the primary schools in London. Even though Gavin Williamson sold it as a ‘small number of primary schools’, since they cover London this amounts to a sixth of all pupils at England’s primary schools who will not return at the beginning of January.

We all know that the Orwellian-speak of ‘moving schools online’ is nonsense. This cannot be done for very young children and is very difficult for under-tens. Also, children miss out on the social experience of school as well as its ethos.

Closing schools makes life particularly difficult for families with more than one child and families where both parents work. Despite all this, it is the interests of children that are being sacrificed for the health of the baby boomers, and Our Blessed NHS, peace be upon it.

I feel I owe an apology to the millennials, whom I may in the past have referred to as ‘snowflakes’. You are not the snowflakes. The snowflakes are the baby boomers, who I believe are fuelling this evil Covid-Fascist state.

Even if they have not actively pushed it, it is their generation that were in the best position to oppose it and have not. I believe they have not opposed it because it is not their jobs on the line, their mortgage that will go unpaid and their kids kept home from school. The boomers believe that because it is their health at risk so therefore the entire country must be shut down until a vaccine is found. They are willing to give up a few ski trips for this, while the rest of us give up our future.

I do not believe it is the group most at risk, the over-80s, that are pushing this agenda. I believe that given the choice they would have shielded or taken their chance and let the rest of us get on with their lives. No, it is the boomers who have the votes, the power, the money and the means to either impose the Covid- Fascist state or oppose it. And they have imposed it.

Not only do the boomers have the power, money and votes, but they combine this with a poisonous, sanctimonious attitude that if you are not willing to go along with this authoritarian nightmare you are selfish.

No. The selfish ones are those who think it is reasonable to shut down a country for a year, crush individual rights, bury the next generation in £2trillion of debt, cancel their education as well as their day-to-day lives because their health is the most precious thing in the world.

I want to say now that should another virus hit these shores and I am older and more vulnerable than I am now, that I do not expect everyone else to put their lives, jobs, education and way of life on hold for my precious health because I am the most special diamond in all the land. To expect this would selfish indeed.

The boomers demanded that the government use the ferocious power of the state to cancel exams, cancel Christmas, criminalise playdates between children, to criminalise children having a birthday party, and to cause mass employment to protect them from a virus that has a mortality rate of less than 1 per cent.

Those who support the Covid-Fascist state and all its immense destruction are doing something that is evil. Evil. It is true that they have been frightened into submission but ultimately you have to take responsibility for being one of Hancock’s willing executioners.

I have long known that the boomers were one of the most selfish generations to walk this earth. But not even I believed that their selfishness would reach this extent. And yes, I know it is not all boomers – many readers of this website are outraged by what is being done in their name. Usually older generations make sacrifices for the rising generation. Not the boomers, who are a uniquely selfish group of people.