NewsPaperthe art of publishing
HomeLaura PerrinsI don’t need an inquiry to tell me Arthur could have been...
0 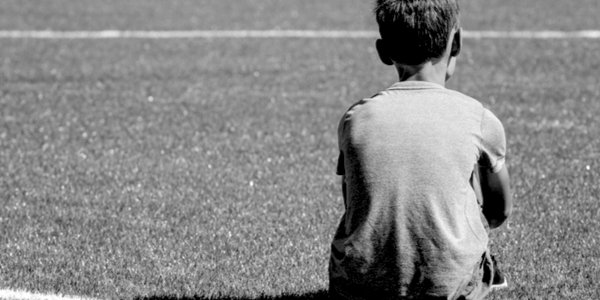 LET me be clear: the people who were responsible for the torture and murder of Arthur Labinjo-Hughes are Arthur’s father, 29-year-old Thomas Hughes, convicted of manslaughter, and his partner Emma Tustin, 32, convicted of his murder.

Six-year-old Arthur was subjected to a ‘campaign of cruelty’ that amounted to torture at his home in Shirley, Solihull. He was isolated, abused and forced to eat salt-laced meals before dying from an ‘unsurvivable’ brain injury after being beaten by Tustin.

‘Lockdown and the closure of schools weakened the child protection system that failed a six-year-old boy who was tortured and killed by his stepmother and father,’ the children’s commissioner said.

There are questions for the teachers who didn’t seem to ask about Arthur when the school re-opened after lockdown but he failed to attend. There are questions for relatives and friends of this demonic couple such as: if you saw a boy made to stand in your own hallway for six hours, why didn’t you do something? Or: if you had to sneak a boy water, why didn’t you ask why he was so weak? Or: if you were so concerned for your grandson that you alerted social services, why didn’t you go to his house and refuse to take no for an answer?

Further, where are all the marches for children killed by their ‘carers’? It is often women who are involved, either looking the other way as a new male partner moves in for the kill (Peter Connelly), or in this case, a female partner torturing her non-biological child as she wants the father all to herself.

Or sometimes it’s the case of a mother such as Louise Porton who killer her daughters aged 17 months and three years because they got in the way of her sex life. Women can be just as evil, manipulative and sadistic as men. But you will be waiting a while for a march against toxic feminism.

I don’t need a serious case review into this latest tragic case. Here is my recommendation from the Laura Perrins Review of the facts: don’t rely on the authorities if you see a child, first hand, in your presence being abused. Stand up for him. Stand up to his abuser.

It is true to say that Arthur had the odds against him. In February 2019 his biological mother, Olivia Labinjo-Halcrow, was sentenced to 11 years in prison for manslaughter after stabbing her partner. (There are a lot of ‘partners’ in these cases. A lot. Not that many husbands and wives.)

Arthur’s father Thomas Hughes met Emma Tustin in August 2019. At first the father engaged with services, talking to the school and Children and Adolescent Mental Health Service about Arthur’s behaviour. No mental health issues were found so no further action was taken.

Hughes and Emma Tustin moved in together at the start of the first lockdown which was March 23, 2020. Twelve weeks later, on June 17, Arthur was dead.

These are the series of event leading up to the murder of Arthur as heard by the jury at Coventry Crown Court. On April 16, 2020, Hughes’s mother Joanne reported her grandson to social services after taking photographs of bruises on his back, which she discovered when Hughes and Arthur visited. She tried to persuade Hughes to leave the boy with her but he refused.

The next day, April 17, social worker Jayne Kavanagh from Solihull council visited Tustin’s home. She said she was told Arthur and another boy had been playfighting with boxing gloves resulting in the bruises, and said she could see a single ‘faint’ bruise in the middle of Arthur’s back. Kavanagh said when asked how safe and happy they felt on a scale of 0-10, with zero being represented by the floor and the ceiling being the opposite, both boys ‘very confidently jumped up and pointed at the ceiling saying they felt very happy and very safe’. So it doesn’t seem as if the social worker spoke to Arthur on his own.

On April 18 Arthur’s uncle, Daniel Hughes, spoke to West Midlands police about the bruises on the boy’s back. He sent the photos to an officer but never heard back. Police later closed the log believing it required ‘no further role for force response’ as social services were involved.

In May 2020 Tustin’s stepfather, John Dutton, said he made an ‘anonymous referral’ to social services because he felt Arthur was ‘in danger’. Nothing was done.

On June 8, 2020, Arthur’s school reopened after the lockdown that kept him a prisoner in his house being tortured. The boy did not return, his father initially claiming the boy hadn’t slept well and would be back the next day. Over the following days he reported to the school that Arthur was losing weight, wasn’t eating and might faint. Arthur never went back to school before his death on June 17.

Let’s refresh our memories here for context. The teachers’ unions were very busy trying to keep schools closed for as long as possible during the lockdown. They were also very busy opposing any re-opening of schools after lockdown. Arthur’s school did open, yet for about ten days Arthur did not appear. Why did the school not inquire into such a long absence of a boy who they knew was vulnerable?

On June 15, the day before the fatal assault, Tustin took Arthur to an appointment with her hairdresser, Catherine Milhench, in the hairdresser’s home. Catherine Milhench said Arthur was told to stand facing the front door and not move during the six-hour session. She described Arthur’s appearance as skeletal and said his legs were shaking ‘like he couldn’t hold himself up’.

Let me say again: this was in the hairdresser’s home. How could someone continue with an appointment if a child was standing by the front door for six hours? How could you just snip away, chatting, while a frail child who could hardly stand was nevertheless made to stand at a door and not allowed to move? For six hours? I cannot imagine witnessing that cruelty and not saying a thing. This is just outrageous.

And yet the hairdressing appointment of a full six hours was not long enough.

The next day, June 16, Hughes, Tustin and Arthur returned to Milhench’s house to finish the hair appointment, during which time Hughes and Tustin took turns shouting at the boy ‘like a game of tennis’, Catherine Milhench told the court. Her partner, Tobias Jarman, ‘snuck’ the boy a glass of water without Tustin and Hughes knowing, and said he looked ‘petrified’.

The ‘family’ were back home by 1pm. Hughes went out. Shortly after this Tustin messaged Hughes to say Arthur had ‘knocked himself out’ by hitting his head on the floor.

So, on the day of the fatal assault, Arthur wasn’t hidden away out of sight. Instead, Emma Tustin had the audacity to return to the house where she was the day before, with a weak and abused Arthur in plain view. She and the father took turns to shout at the boy ‘like a game of tennis.’ Why did the hairdresser and her partner, who was concerned enough to sneak Arthur a glass of water and thought the boy looked petrified, not call the police? What exactly is going on in this community where children can be treated like this in plain sight?

Hughes returned home and a 999 call was made at 2.42pm. Bodycam footage from emergency services shows Tustin crying as she claimed Arthur repeatedly headbutted the floor. Arthur was taken to the Birmingham Children’s hospital and later that evening Tustin and Hughes were arrested on suspicion of causing grievous bodily harm with intent.

The next day, June 17, 2020 doctors concluded nothing could be done to save Arthur and his life support machine was switched off.

As I said, it was the sadistic, evil, demonic Emma Tustin and Thomas Hughes who preyed on Arthur and killed him. They are the ones responsible.

But he could have been saved if others were not so deferential to authority and bullies. If social services and the police say ‘Nothing to see here’, often people think there is nothing to see when instead, there is a lot to see and much of it is serious wrongdoing.

Finally, I suspect Emma Tustin was a bully to many people. If you challenged her, you would have got the ‘how very dare you question me’ show, and people back down. Don’t back down. Don’t ever back down to a bully – it only ever emboldens them.

My point is not to blame those left behind, but to encourage people to stand up for the vulnerable. Trust your instinct. Don’t rely on the ‘authorities’ or even worse, experts, who are clearly useless. Take a stand yourself.

and let perpetual light shine upon him.

May he rest in peace.