I hereby declare July to be Wrath Month 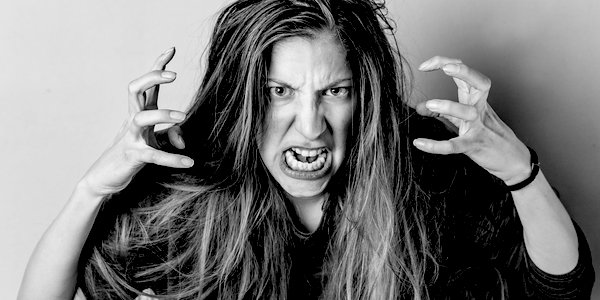 THE month of June is now over and July has begun. To some people, June is Pride Month, when they celebrate not only one of the seven deadly sins, but the one which many theologians conclude is the deadliest of the lot, the sin of Pride. What a time to live!

I am declaring July to be Wrath Month. Although I am guilty of pretty much all of the deadly sins at least once a day – lust, gluttony, sloth, greed, envy – wrath is by far my biggest weakness. As such, should I manage to turn this sin into a virtue, why, not only shall I get away with my anger and my hair-trigger temper, but people will positively celebrate it!

I am having a tough time thinking about what flag I shall design for this new month of July, hereinafter referred to as Wrath Month. Perhaps a flaming sun on a black canvas, or just a flame, although that is perhaps too close to the Holy Spirit. But whatever I think of I look forward to it flying from official government buildings within the decade.

At the end of the month I shall organise my own Wrath March for people who cannot control their tempers. Perhaps I can snag Boris Johnson to lead it because, to go by reports from Our Most Trusted Media, he has difficulty in maintaining his cool under pressure.

John McEnroe should be there, where he can shout and scream and swear his way through the whole thing, and all the clapping crowd shall say, Ah, that’s John, what a guy. And Christian Bale – he is the Godfather of Wrath. I remember the audio clip of him losing his mind to the cameraman who messed up a scene of Terminator Salvation, and you just think, Yes, Wrath. It should be celebrated just like Pride. It really will further the common good if we can celebrate all our sins in this way.

During this Wrath March I shall shout and scream my way through proceedings, perhaps smashing a few glasses along the way. I shall teach all the kids unfortunate enough to be present that there is nothing wrong with feeling intense rage and having a bad temper and you certainly can beat up your little sister and brother whenever you want, and if anyone has a problem with that then they are just Haters. Haters, plain and simple.

Indeed it is absolutely wrong to discriminate against Wrath and in favour of Pride. What have wrathful people ever done to deserve this kind of treatment? It is a disgrace, I tell you, and should be litigated by those fabulous bods at the Equality and Human Wrongs Commission.

Finally, I shall wear my Wrath T-shirt, and my Wrath badge and all my Wrath paraphernalia all month long with pride. And if I notice other people are not wearing their officially approved Wrath T-shirt and Wrath badge and waving their Wrath flag, they will be suspect. They should be ‘called out’ and preferably shamed on social media. They shall feel, well, my wrath at such impertinence.

The month of July – Wrath Month. Let the fulminations begin.