NewsPaperthe art of publishing
HomeNewsI hope one day Harry and Meghan will realise the hurt they...
0

SO now we have it. The Queen knew way back that Harry and Meghan wanted to quit the royal family and carve out a life of their own. Her statement released on Saturday night which begins: ‘Following many months of conversations . . . ’ confirms as much. It’s even been rumoured that the couple voiced their request in May, the month their son Archie was born.

By then Harry and Meghan had been married for only a year, with Meghan pregnant for much of that time. First-time mums learn fast that the powerful hormones of pregnancy can take over, making it all too easy to over-react and make rash judgements.

But eight months later the Sussexes’ view hasn’t changed. Meghan’s watery-eyed confession on the penultimate day of their (until then) successful September tour of South Africa made it clear that she felt she was ‘existing, not living’. Something that her sweet baby and lots of help around sadly did not enable her to surmount.

On January 8 it came to the attention of the public via their Instagram account that the Duke and Duchess wanted to ‘step back as senior members of the royal family’. Harry’s close family had not been forewarned. The Queen took control and said the matter would be dealt with speedily. An emergency meeting at Sandringham was arranged. Prince Charles, Prince William, Prince Harry and various advisers were present. Meghan stayed in Canada, leaving the negotiation to her husband.

An agreement was sorted by Saturday evening. Her Majesty’s announcement, more affectionate grandmother than steely royal, included some gentle words: ‘I want to thank [Harry and Meghan] for all their dedicated work across this country, the Commonwealth and beyond, and am particularly proud of how Meghan has so quickly become one of the family.’ But it was really a sugar-coated dismissal note.

The changes, to take place in the spring, are that Harry and Meghan will relinquish their HRH status, no longer carry out official duties on behalf of the Queen and not take advantage of the public purse. They will pay back the £2.4million the taxpayer spent on renovating Frogmore Cottage, their home in Windsor, and pay rent should they want to use it in the future. Harry, who has been steeped in military service and tradition since he was a toddler – he told me he’d been happiest as ‘one of the team’ fighting for his country in Afghanistan – will not keep any of his military patronages.

The Queen turned down their request that as they wanted to live in Canada rather than the UK they would like to be in and out of the royal family while they earned their own living. Instead she decreed, very politely, that they were out. Some will inevitably say her harshness is a sign of racism. Luckily for the couple, it seems Prince Charles will help them out financially, at least for a while.

What Harry and Meghan won was their freedom. They can make commercial deals. Indeed some are already under way via their Sussexroyal.com brand (the R-word will have to go) trademarked for up to 100 items. We don’t yet know who will pay the bill for security that could reach about £1million a year, a sum for which the Canadians don’t wish to be wholly responsible.

The couple’s measured response included the words that they ‘have made clear that everything they do will continue to uphold the values of Her Majesty’. Hmm. The Queen’s overriding value is her sense of duty. Harry and Meghan appear not to think this was a priority as they failed to let her know in advance about the astonishing announcement they would make. They have every right to leave the royal family, of course, but I hope in time that they will think through the way they handled their departure and accept the hurt they have caused, the bad manners they have shown and how unpatriotic and disloyal they have been.

There is usually a huge feeling of relief, even euphoria, when you succeed in escaping from a difficult situation. But when the adrenaline dies down, the reality you face often has negative as well as positive aspects. Harry, loved the world over and until now the second most popular member of the royal family after the Queen, may feel liberated for a while. The reality is that he will always be famous and remain a prince in many people’s eyes, and the only difference might be that in future he will be pestered as a celebrity rather than a royal. Unlike Meghan, he doesn’t have close friends in Canada, his family isn’t nearby and he has never held a proper job.

I suspect Meghan will blossom. This is what she wanted. She has already signed a contract to work with Disney. She is full of ideas and will create opportunities that some say will bring in millions. Will wealth give them freedom? Meghan worked hard to climb the slippery slope of fame and it probably means a lot to her. Harry has always had money and it may not be a sufficient substitute for what he will have lost.

Another problem with a deal like Harry, Meghan and the Queen have come up with is that no one really wins. Grievance can grow with feelings that the other side got the better deal. Luckily the arrangement is only for a year when it will be re-assessed. However, if either or both of them change their minds it will be extremely hard to pick up where they left off.

An extra sadness is whether Archie will ever get to know his father’s family, particularly his cousins.

But perhaps this is the most important question: Will Harry and Meghan keep their side of the bargain and avoid a tell-all interview? 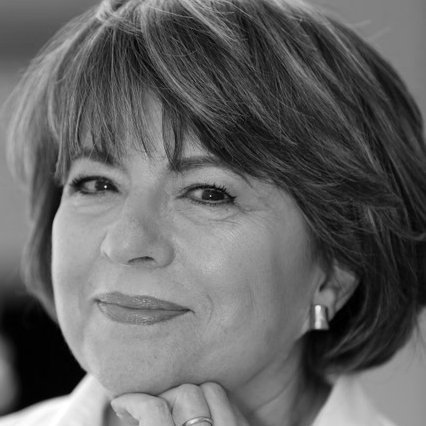