I refuse to be defined by my disability 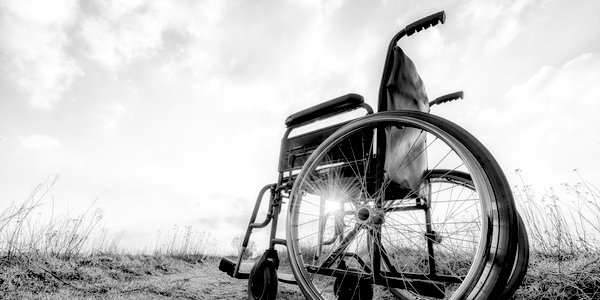 Every element of society is now shaped through a narrative which presumes that chance characteristics such as sex, race or indeed disability are the main, or only, relevant attributes to a person’s character. As such, there is pressure on me to make political and social decisions based on what would benefit my arbitrary grouping (disability), rather than basing my thoughts/actions on what my intellect and my conscience would lead me to believe is right and moral.

There is a strange dichotomy to being disabled at university. On the one hand, I fit into the narrative of oppression and victimhood, society is to blame and I am ‘inspiring’ just because I get out of bed in the morning. On the other hand, the luxury beliefs of the woke leftists on campus don’t extend far enough to get me into a classroom or a bar when the lift is broken. My dad tells me, ‘Arch, they simply don’t know what to do with you’ because at the end of the day there is no political value in a wheelchair. The difference between me and them is that I have never said there should be.

Here in York, we have a campus just on the edge of the city. This is very interesting because there are two separate cultures at play – the university and the city. Recently, in conversation with a man on a walk with family on campus, he tells me ‘ooh, you can’t say that you’re a conservative round here’. What’s even more telling is that this man identified himself as a liberal. Conversely, the ideologues of the Left, here at the university, have an appalling track record of interacting with the local community. I was speaking to a man waiting for the bus. He told me that someone from the university’s Labour Club (an organisation known for fairly rampant antisemitism) had stood on his doorstep at the weekend and harshly interrogated him on how he was going to vote in a local election. The privileged bubble of the university is protecting people who say and act in such a way that the general population simply can’t agree with. It is this environment that allows people to view the individual as a political asset, rather than an individual with a love for people and things beyond the confines of a primitive wheelchair, used simply like a pair of shoes.

I am included in Diversity and Inclusion (DEI) narratives on a political level. What is hard to get across is that all I want to do is to get to class and learn, in the ancient tradition of the academy. Furthermore, once I am in class, the Christian tradition that I see as far more valuable than any statement of DEI is then undermined because discrimination against Christians is commonplace.

There are simple truths that I just can’t say on campus lest I become a social pariah or indeed suffer the institutional consequences of speaking out. But it has got to a stage where I am not willing to accept that by being in a wheelchair, I am someone to whom lip-service can be paid and political statements can be made without recognising that being in a chair is, among true friends, irrelevant.

In short, many disabled people lack meaning in their lives because it is much easier to acquiesce to the expectations of a group or society, rather than having more ambition and truly fighting for themselves. This search for drive and to reach one’s own potential without being driven by others is very much what Candace Owens, writing in Blackout: How Black America Can Make Its Second Escape from the Democrat Plantation, wants for African-Americans. I want the same for disabled people and what’s more, I don’t think that it’s all that much to ask. But disabled people must insist on making their own stand (albeit metaphorical) or else we will never be anything more than a group of people who need to be wrapped up in cotton wool and hidden from the realities of the big bad world we live in. That is fundamentally false and I’m writing because I want to send a different message. I am not a pawn. I am a man, Christian, conservative, young and intellectually curious and I hope when future generations enter university, they will have an environment that supports freedom. 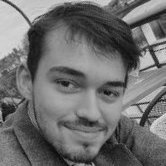 Archie Collins
Archie Collins is a young writer on cultural and political matters, currently studying Politics at the University of York.