NewsPaperthe art of publishing
HomeCulture WarsI slept with my wife last night, but I’m not proud of...
0

I slept with my wife last night, but I’m not proud of it 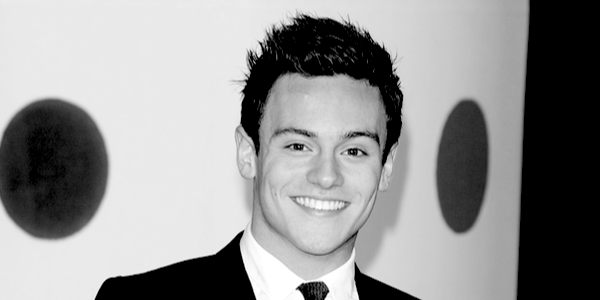 FIRST thing, before I’d even brushed my teeth, I picked up the Guardian as I always do – doesn’t everyone? The screaming front-page headline was a shout from Tom Daley:

Congratulations on the gold medal, Tom, but what’s to be proud about being homosexual? I’m the other way inclined and I slept with my wife last night. But I’m not proud of it. I am grateful for my marriage and all that goes with it, but I don’t think I would ask the editor of the Guardian to put it on the front page.

We know why they do it: it’s because they still want to pretend, after all these years, that homosexuals are outsiders, a persecuted minority. Grow up! It’s decades since David Frost said: ‘They’ve made homosexuality legal. I’m leaving the country before they make it compulsory.’ Well, Frosty’s back-handed prophecy has just about come true.

The day-long Gay Pride celebrations have become Pride Month. Everywhere and all year round there is this in-yer-faceness about being ‘gay’ – as if it were some sort of grand achievement like . . . well, like winning an Olympic gold. We notice that Daley was proud of his gaiety before the other thing. But whether you’re homo or hetero, it’s just a personal inclination, not something for which we should put out all the flags.

Get this, Tom – and Guardian editor Katharine Viner– homosexuals are no longer a persecuted minority.

However I am a member of the real despised minority because . . .

I don’t think, as Eoin Morgan thinks, that The Hundred is ‘cricket’s salvation’. I think it’s a mindless stunt with raucous ‘music’ and fireworks: the antithesis of real cricket.

I’m in that sneered-at small sect of reactionaries who don’t like pop ‘music’ of any sort. I don’t believe, as a presenter on Radio Four said last week, that Amy Winehouse was ‘the greatest female musician of the last hundred years’. When I think of female musicians, I think of Kathleen Ferrier.

I have never been ‘clubbing’.

I have never drunk a can of lager.

I don’t believe a word that proceedeth out of the mouth of St David Attenborough.

I think ‘our’ NHS has ten times as many bureaucrats as it needs and I don’t approve of the fact that these are paid more than the nurses.

I do not do obeisance to the historical novelist Dame Hilary Mantel who imports her Leftie fantasies on to the Tudors.

I never thought Princess Diana was the reincarnation of Aphrodite and Helen of Troy rolled into one.

I have never watched a minute of Strictly Come Dancing or Fornication Island, Bake Off or Britain’s Got No Talent.

I know there is no longer any such thing as a comedy show on TV.

I know The Crown is a pack of malicious libels on the Royal Family.

I don’t claim to be suffering from ‘mental health issues’. That is, I hope I’m not a narcissist or an attention-seeking self-publicist.

I know that the Booker short list is rubbish.

I don’t use the word ‘incredible’ except when talking about atheism.

I have never thought John Humphrys to be particularly intelligent.

I think Richard Dawkins is a walking non sequitur.

I have never harboured a secret longing to change into a woman.

I don’t believe a woman can be a priest.

As an Anglican priest myself, I have always used only the King James Bible and the Book of Common Prayer, with the occasional celebration of the Latin (Tridentine) Mass.

I think that Black Lives Matter are anarchic racists and I don’t ‘take the knee’.

I know that it was my country which first banned the slave trade and that it was the Royal Navy who policed the ban. So I don’t think it’s my duty to say sorry for slavery.

I can’t stand radio and TV newsreaders who put the emphasis on all the prepositions.

I listen to Byrd, Tallis, Bach, Mozart, Haydn and, if I do fancy a dash of ‘pop’ music now and again, Rossini.

I think it’s fine to be an elitist, because it’s far better than aspiring to be a mediocritist.

I have learned my politics from Richard Hooker, Samuel Johnson and Lord Salisbury.

So, Ms Guardian editor, you can see that I belong to a persecuted minority and I’m proud of it. Will you put me on the front page, please?