NewsPaperthe art of publishing
HomeNewsI was a hate-filled Class Warrior – then I came to my...
101 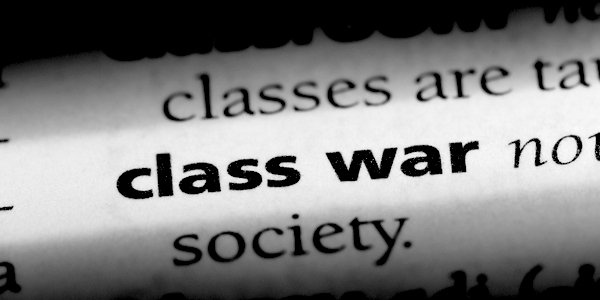 The recent minor but nasty demonstration outside the home of Jacob Rees-Mogg has brought attention to the tiny anarchist group Class War, a bizarre sect on the outermost fringe of politics. I’m fairly certain that I’m the only contributor to The Conservative Woman, or any other conservative website or publication, who has also written for Class War.

It was a long time ago. My stint in Class War was from 1984 to autumn 1985. We were a small group whose main activities were periodically putting out the Class War paper and holding a monthly Sunday night meeting, in the back room of a pub, booked in the misappropriated name of Belsize Park CND. Other small satellite groups existed outside London.

I’m not proud of my involvement. I was a 19-year-old political obsessive and a messed-up angry kid. I had already been through membership of the Labour Party’s youth section and an uncomfortably disciplined and grim six-month stint in the Militant Tendency which didn’t appeal.

Anarchism was romantic and different, however plain stupid a reasonable adult could see it to be. The particular strain that Class War represented was the crack cocaine of adolescent politics.

Of course we could indulge in our game of revolutionary dressing-up only because we lived in a free democratic society. We called for the violent overthrow of the state, which normally met with complete indifference. It will always pique those who want to consider themselves a threat to society if society feels unthreatened, which explains the noisy attention-seeking ploy of shouting at Mr Rees-Mogg’s children and their nanny, an otherwise wholly pointless exercise.

We believed we were part of a revolutionary tradition that stood up for the oppressed working class. The more bookish among us claimed descent from the great anarchist figures of the past: Proudhon, Bukharin, Malatesta, Makhno. In reality we were a shabby collection of puerile misfits seasoned with the odd psychiatric case.

Our potential to cause harm was minimal and the chance of our fantasies coming true, that the workers would flock to our black banners, was exactly zero. But though ineffectual, we were viscerally nasty. If you look through old articles from the Class War paper (sadly there is very little online), you’ll find, along with the atrocious writing and infantile analysis, some utterly horrible things.

There were the regular ‘battered bobby’ pictures, of policemen who had been injured in the various civil disturbances and inner-city riots that were a feature of the early eighties. Violence was both glorified and sniggered over. Pornography for the politically inadequate.

The paper supported riots on principle, meaning we were sometimes accused of being the hand that organised them. Although it’s true that some of my ex-comrades participated, sparking a riot was well beyond our capabilities. The real riot ringleaders, the toughies from the estates in places like Brixton or Toxteth and the gangs they ran with, could see through us as the losers we were, outsiders who wanted to exploit them for our own purposes.

It was Class War’s love of violence and their response to the savage murder of a brave policeman that led me eventually to understand what I was involved in. I shared the group’s general hostility towards the police, yet had no justification for this. Whenever I’d had dealings with the police, a couple of deserved minor arrests and various pat-down street searches, they had always treated me professionally. Certainly firmly, but without brutality or offensiveness. This confused me. They knew what I was; surely we were enemies? Shouldn’t they be ill-treating me?

Then, in October 1985, the Broadwater Farm riot kicked off in North London. That night, we had come from our regular Sunday meeting and were at a squat party somewhere in Islington. We were hearing reports of the riot and people were starting to plan the best routes there and to look for improvised weapons. It was getting serious. Then the announcement came over the radio. That as the fighting continued, a policeman had been killed. Everyone around me cheered.

I felt cold inside, frightened and sick. The real world was intruding harshly on my adolescent fantasy. Mixed up as I was, my semi-dormant conscience still told me that cheering at a man’s death by mob violence was sickening. So by a circuitous route, avoiding the police, the riot zone and my now ex-comrades, I quietly went home. From the very next day, much like someone leaving a cult, I started to de-program myself. Over thirty years later, I still feel ashamed that I was once part of something so vile and stupid.

Many decent young people go through an idiot-Marxist phase – I did that too. But Class War and the more militant strands of anarchism are far worse.

Forget idealistic ideas of universal brotherhood, abolishing ‘the tyranny of man over man’. The movement I knew was a mix of nihilism, narcissism and hatred. But there are still some who would give Class War a platform without serious challenge. If you saw former Class War parliamentary candidate Lisa Mckenzie defending the protest on Sky News a few days ago, you might not be surprised to know she has an academic position at the LSE and her writings sometimes appear in the Guardian.

I certainly wouldn’t call for Class War’s censorship; they should be allowed normal freedom of expression, even if they try to deny it to others, but they should come with a health warning. Fortunately, their own ludicrousness acts as a check on their being any sort of real threat, but we should still recognise them for the malevolent force they are.

Share
Facebook
Twitter
WhatsApp
Email
Previous articleWhy the Treasury can’t balance the sexes (or balance the books, for that matter)
Next articleMark Carney and the house price ‘collapse’: Anatomy of a BBC fake news story