NewsPaperthe art of publishing
HomeNewsI was arguing on air against cancel culture, but I was cancelled!
108

I was arguing on air against cancel culture, but I was cancelled! 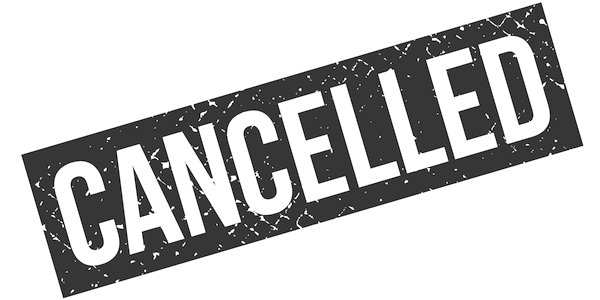 Trigger warning: the following contains words and descriptions that will offend people of colour, feminists and other assorted woke victims of Western supremacy and capitalist exploitation.  The author has since pleaded guilty to the crimes of white essentialism and unconscious racism and is undergoing a mandatory period of re-education.

WHILE not as newsworthy as Jordan Peterson’s refusal to endorse his university’s mandate to use gender-free pronouns, or Germain Greer being no-platformed for arguing that a transgender male can never be a woman, I too have fallen victim to cancel culture and political correctness.

Last week on our national taxpayer-funded Australian Broadcasting Commission, I was cut off while being interviewed about the commonwealth government’s intention to legislate to better protect academic freedom.

On being asked whether the right to free speech was unrestricted, I agreed there should be limits. At the same time, such is the dominance of politically correct ideology and groupthink, I argued that the danger is any academic who fails to conform is reprimanded and censored.

As an example I referred to the American academic who was condemned for daring to use the ‘nigger’ word when discussing Mark Twain’s Huckleberry Finn and the role of Jim, the slave Huck eventually freed.

After being cut off mid-sentence defending free speech, I was eventually told by the interviewer, with no sense of irony, that I had been guilty of transgressing the ABC’s broadcasting ethics.  If my experience of being censored was only one example and if my error had been an egregious one, there would be no issue.

The reality proves otherwise. We now live in a time when rational debate and the freedom to explore issues without fear of being vilified and attacked has long since disappeared. Much like George Orwell’s 1984, anyone who questions or criticises Big Brother is condemned for thoughtcrime.

Orwell writes in relation to the book’s would-be rebel Winston Smith: ‘He had committed – would have committed, even if he had never set pen to paper – the essential crime that contained all others in itself. Thoughtcrime, they called it. Thoughtcrime was not a thing that could be concealed forever. You might dodge successfully for a while, even for years, but sooner or later they were bound to get you.’

For daring to tweet lines from Shakespeare’s play Measure for Measure containing the description: ‘His glassy essence, like an angry ape,’ the British broadcaster Alistair Stewart was sacked. Since that episode David Starkey has suffered similar retribution for daring to suggest slavery was not genocide because of the survival of ‘so many damn blacks’.

While Starkey can be criticised for insensitivity, the reality is that to suffer so much for simply expressing an opinion demonstrates how Western societies are now awash with a doctrinaire and unforgiving ideology that brooks no opposition.

As observed by the American feminist Camille Paglia, political correctness is a plague enforced by ‘ruthless thought police’, where citizens in the West have been ‘plunged once again into an ethical chaos where intolerance masquerades as tolerance and where individual liberty is crushed by the tyranny of the group’.

Australia abounds with examples of thoughtcrime.  Israel Folau, who once played rugby union for Australia, was sacked for expressing his view as a Christian that homosexuality was a sin against God.   Our most successful tennis player, Margaret Court, also suffered as a result of arguing against the commonwealth’s legislation allowing same-sex marriage.

Such is the terrifying pervasiveness of PC thought control that in the state of Victoria under Chairman Dan Andrews, police arrested a pregnant woman in her own home for the grievous crime of daring to argue on Facebook that the government’s draconian and unnecessary China virus lockdown laws represented an infringement of liberty.

Under proposed legislation before the Victorian parliament, Chairman Dan wants to impose even more dictatorial laws by allowing officers designated by public servants to arrest any who they suspect might be considering causing an offence. So much for Blackstone and the sanctity of British common law.

That the ABC censored my use of the word ‘nigger’ is made worse by the hypocrisy and double standards exhibited by the national broadcaster. Last year, the ABC’s current affairs programme Q&A dealt with the issues of feminism, gender studies and the treatment of aborigines.

One of the panellists, Mona Eltahawy, drawing on Marxist-inspired critical theory with its blend of feminist, gender and post-colonial narratives, condemned Western society as a ‘white supremacist, capitalist, imperialist patriarchy’.

In addition to peppering her tirade with the F-word, the self-proclaimed woman of colour argued that women must ‘smash the patriarchy’ and that if freeing themselves involved violence, so be it.  Neither Eltahawy nor the other panellists who agreed that the white patriarchy must be destroyed were censored by the ABC interviewer.

Dr Kevin Donnelly is a senior research fellow at the Australian Catholic University and author of How Political Correctness Is Still Destroying Australia (kevindonnelly.com.au).