NewsPaperthe art of publishing
HomeCulture Wars‘I would prefer not to’ … the five words that will identify...
146 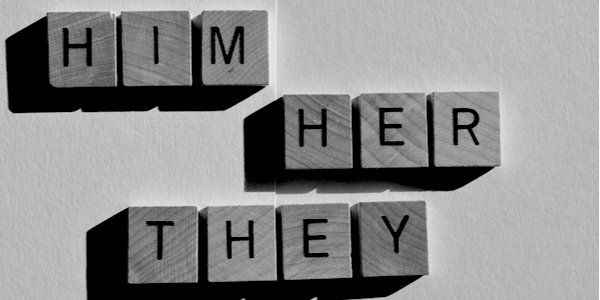 HERMAN Melville’s short story Bartleby, the Scrivener is about an office boy who spent his days staring at a brick wall.

When asked to work, to vacate the office, to get off the staircase, to cease sleeping in the doorway at night, he famously replies: ‘I would prefer not to.’

He dies in the end, preferring not to eat. Bartleby, though something of an extremist, nevertheless has a solid lesson to impart to us all. He is a symbol of the power of speech, which can make an obstacle of a person when intentionally used as an instrument of sabotage or control.

We are all compelled at times to acknowledge the madness of the world. We know well that there are penalties socially and professionally for failing to celebrate the latest act of vandalism upon Reason.

Pronouns and their increasing use amongst people who send emails for a living is one recent example. Others include the zelotic worship of criminals, frenzied attacks on statues, clapping a service which won’t help you and whose injections are the most common cause of medical coincidence in history. Oh, and economic suicide for the most corrupt country in the northern hemisphere. How are we to answer these humourless jokes, which sound like the commandments of a lunatic?

What I like to call the sarvodaya of the west is simply – politely – refusing to co-operate. Conservatives wish most of all to be left alone, yet regardless of whether you are interested in this madness, it is interested in you.

It wants to catch you out, so it can point at you, sneer at you, display you as a figure of derision and justify paying you less – or not at all. It is a corrupt, thymotic impulse, which means it is a perverse need to be noticed that is on display.

The clapper, the mask worn in the park, the smug email signature, the yellow and blue flag avatars of the Twitter Ukrainus – these are all gambits for the right kind of attention. The wrong one is reserved for you.

The more your morale is undermined, the more you can be convinced these people have the right to ruin your life. You don’t deserve to be called a woman, or to have any respect as a man. Your children have no right to go to a school where English is the first language. Why shouldn’t you pay higher taxes on everything to change the weather, the government in Russia, to fund the thirdworldisation of your homeland?

These things all matter and we cannot simply ask to be left alone. What can be done? Do not immediately co-operate. Have your answer ready. It is perfectly acceptable for the godless, antidepressant-addled and mentally shambolic to remind you how they ‘are not religious’. Why not become woke agnostic then?

‘I don’t believe in that’ is a fair answer to any of the deranged totems of the Regime. Why don’t you put pronouns in your signature? ‘I would prefer not to’. Ditto all the catchphrase crazes which all want you humbled, on your knees. Of course, these manufactured fevers are catching to the credulous, but the solution is not to pretend to be infected. The antidote is manners.

Manners are more important than laws, and their decline is the decline of our civilisation. Manners are the practice of self-government in personal matters. Laws threaten punishment and are therefore to do with compulsion: Manners are voluntary.

The line between those who can and will behave well when unsupervised and those who must see the whip hand could be drawn by manners. The way to make these things starve to death, like Bartleby, is to deprive them of the drama they require to command attention. Raise an eyebrow as you say it: ‘I would prefer not to.’

It is exceedingly impolite to compel people to agreement against their will by force of circumstance. If you would not, in your private life, entertain wacky ideas, then you ought not to feel obliged to do so in company.

Avoid offence-giving by remaining cordial, and perhaps a wry smile might help indicate the mood. These are silly things which have all got out of hand, and their most ardent fans are children of all ages. Be firm but fair. In a choice between the Devil and the Deep Blue Hair, choose neither.