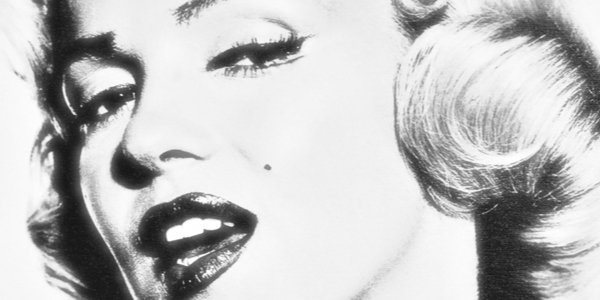 MANY younger folk in Britain know nothing of our cultural, historical and social icons, according to a survey.

Ellie Glason, of Perspectus Global, which carried out the survey, said: ‘It is fascinating to see how many historical figures are unknown to under-30s.’

Fascinating it may be, but it’s also more than a little worrying. Just to take one example, how could anyone not know that Neil Armstrong was the first man on the Moon? The words ‘dumbed-down Britain’ may have some relevance here.

However, maybe I’m being overly harsh. In our day, there were only a limited number of well-known figures to learn about, whereas these days you can’t move for wannabe icons.

Every day, hundreds are pushing, preening, posturing and posing their way into our lives via computer screens, especially if they have a good agent or publicist.

They especially abound in Mail Online’s notorious celeb column, dubbed the ‘Sidebar of Shame’, which is never knowingly undersold when it comes to questionable taste.

Admittedly, it does feature a few personalities recognisable even by an old codger like me. But it mainly seems to be a sort of gaudy shop window where obscure showbiz, influencer, reality show and social media types can endlessly extend their allotted 15 minutes of fame.

Me neither. And that’s just an assortment picked at random from a recent sidebar. They’re probably superstars to fans who go to their shows, stream their music, buy their products, or follow them on Twitter, Facebook, TikTok, Snapchat, etc. But seeing their names leaves me muttering exasperatedly at my screen: ‘Who?’

As well as showcasing people you’ve probably never heard of, the sidebar bombards us with lurid, near-the-knuckle descriptions of some of its inhabitants.

These fragrant creatures are often seen in a ‘PDA’ (public display of affection) clinch with their latest partners, looking ‘loved-up’, or they’re bravely going ‘make-up free’. Others wear clothing that is ‘sideboob-showing’, ‘neckline-plunging’, ‘cleavage-enhancing’, ‘barely-there’ (sometimes having wardrobe malfunctions just as a photographer happens by). Or they are ‘flaunting toned midriffs’ and ‘gym-honed figures’ while putting on ‘leggy displays’ in ‘plunging swimsuits’.

And that’s just the blokes. (I jest, though these days you never know).

I supposed it’s a sort of cyber-symbiosis: the cleavage-enhanced and their ilk provide the website with colourful clickbait content and are rewarded with pixels of possibly priceless publicity.

However, I can’t see a Monroe, Picasso or Armstrong emerging from the swirling swamp of the sidebar. So if not showbusiness, where are our future icons to come from?

What about politics? Boris Johnson? Maybe not. An icon is someone or something worthy of veneration. And with regard to our wonderful PM, Bob Monkhouse’s quip comes to mind: ‘They tell me I’m a cult – at least I think they said cult.’

Keir Starmer? Well, icons were originally painted on blank pieces of wood, so there might be something there.

Joking apart, until some more icons worthy of the name emerge, I think we should stick with the ones we have for now and try to get younger folk to learn about them.

After all, as one of those icons, George Orwell, said: ‘The most effective way to destroy people is to deny and obliterate their own understanding of their history.’