NewsPaperthe art of publishing
HomeCOVID-19IDS: Sage has demanded a pound of flesh
0

IDS: Sage has demanded a pound of flesh 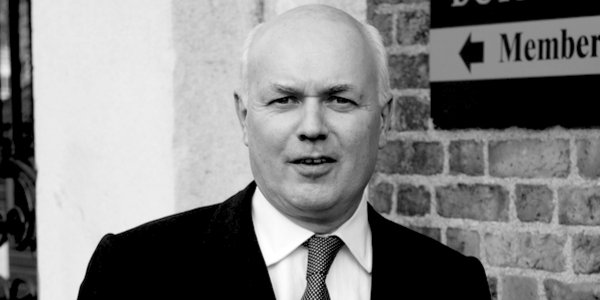 THE government’s ruinous and illogical policy of continuing lockdown under the guise of tiers has come under scathing attack from former Conservative Party leader Iain Duncan Smith.

He wrote in a paywalled article in the Daily Telegraph yesterday that MPs felt ‘disbelief and anger as the full implications of the Government’s new tier system became apparent. In particular, many recalled the past use that has been made of dodgy figures to bounce us into lockdown’.

He went on: ‘The critical balance in decision making required to ensure that our response to the virus does not end up doing more damage than the disease still seems to elude the Government with the figures on coronavirus simply not justifying their ongoing desperate pessimism, particularly when set against the desperate damage to business, livelihoods and lives, beyond Covid.

‘Sage predicted 4,000 daily deaths early next month. This rapidly turned out to be absurd. Four thousand deaths a day would be three times higher than the peak death rate in Brazil, which has a population three times greater than the UK.

‘Then, with a 16-day time lag, a mass of data showed that infection rates had flattened and were falling before the effect of the lockdown could be felt. That, however, hasn’t stopped Patrick Vallance and ministers rather brazenly claiming that the reductions were down to the lockdown. Liverpool is a good example. The fall there seemed to happen long before the nation-wide lockdown even started. Even the mass testing programme rolled out there, despite what the Government claims, didn’t change the rate of decline. Given that, perhaps the most trusted document produced by the government was the one covered in scribbled and panicky question marks.

‘Yet despite the facts, instead of returning to the original tiers from before lockdown, we are effectively about to consign half of England to further lockdown after December 2. To put this in context, when the new rules come in the number of people in Tier 1, the lightest level of restrictions, will have fallen from 24.5 million pre-lockdown to just 700,000. Previously, nine million people were in Tier 3, post-lockdown that number will have risen to 23 million. Worse, the new set of tiers are far tougher than they were – even those whose tier hasn’t gone up will still find themselves subject to far tougher restrictions.

‘There is growing concern in Westminster that this lockdown continuation is the pound of flesh Sage demanded in return for the decision to have five days off over Christmas and that unless the Government stayed in a de facto lockdown for most of the country now then they would be demanding another lockdown in January.

‘All of this has taken place while MPs have continued to be pounded by businesses, particularly pubs and restaurants, in their constituencies which are telling them they will now have no option but to close forever. MPs will certainly be reflecting their constituents’ anger when they return on Monday.’

You can read the full article, which is behind a paywall, here.